In a May ruling, the Canadian Radio-television and Telecommunications Commission (CRTC) reversed its own 2019 decision that lowered the rates large phone and cable companies can charge smaller internet service providers (ISPs) for access to their broadband networks.

The CRTC requires the big telecoms to sell network access to ISPs such as Teksavvy and Toronto-based Distributel Communications Ltd. at regulated rates. Those ISPs then sell internet service to their own customers.

In August, 2019, the CRTC slashed the rates that larger telecoms can charge, prompting legal and regulatory challenges. The companies argued that the decision would stifle investment in their networks.

The Federal Court of Appeal upheld the CRTC’s 2019 ruling, and the Supreme Court declined to hear the case. The federal cabinet, which was asked to weigh in on the matter, said in a statement last August that the 2019 rates “may undermine investment in high-quality networks, particularly in rural and remote areas,” but left the final decision with the CRTC.

After a lengthy review, the commission reversed its 2019 ruling, saying that it found significant errors in that decision, and opted to largely maintain the higher interim rates that have been in place since 2016, with some adjustments.

The decision prompted Chatham, Ont.-based Teksavvy to scrap its plans to enter the wireless market and to pull out of an auction for 5G airwaves – the spectrum required for the next generation of telecom services. (That auction kicked off on June 15 and is continuing.) Teksavvy is also petitioning the federal cabinet to reinstate the 2019 decision and to remove CRTC chairman Ian Scott.

In documents filed with the Federal Court of Appeal on Monday, Teksavvy argues that the CRTC erred by reverting to the 2016 interim rates instead of again going through the process of calculating the cost of providing service.

A spokesperson for the CRTC declined to comment, saying that the appeal is before the court.

The regulator has previously said it is looking to shift its focus from the current wholesale broadband model to developing the new, “disaggregated” model. Under the current “aggregated” system, the large telecoms are required to sell to third-party operators services which bundle access to the “last mile” – the connection into customers’ homes – along with transport of data to and from the broader internet. Under the new model, competitors will acquire access only to the last mile, and then will have to either provide their own data transport or lease it from another service provider.

Teksavvy also argues in court documents that Mr. Scott’s 2019 meeting with BCE Inc.’s chief executive Mirko Bibic at an Ottawa bar with no other CRTC staff present violates the regulator’s own guidelines around meetings with stakeholders. Mr. Bibic was BCE’s chief operating officer at the time of that meeting, which was first reported by the Toronto Star. A spokesperson for BCE declined to comment on the meeting between Mr. Bibic and Mr. Scott or on Teksavvy’s appeal. 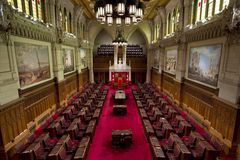 Opinion
One of Canada’s most important institutions is failing Canadians
June 17, 2021 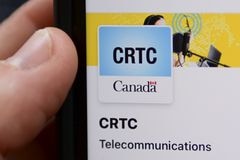 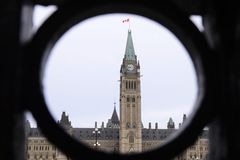