Product manufacturers, food suppliers and packaged goods companies are concerned that a wave of fee increases from retailers could be on the way after Walmart Canada announced new fees last week to help offset $3.5-billion in planned investments in its stores and e-commerce network over the next five years.

Walmart sent notices to its suppliers last Friday outlining a new “Vendor Investment Program” that takes effect Sept. 14. The retailer is planning to tack a 1.25-per-cent “infrastructure development fee” on the cost of goods it purchases and a 5-per-cent “e-commerce development fee” for products sold through its website. Those will be over and above existing fees – typically charged for things such as in-store promotions or shelf placement – in the retailer’s contracts with suppliers.

“It sets a really, really unfortunate precedent,” said Michael Graydon, chief executive officer of Food & Consumer Products of Canada (FCPC), a trade group representing manufacturers. They are now concerned more retailers will follow Walmart’s lead, he said. “The practice in the past has been that the phone starts to ring, with other retailers saying we want the same deal.”

The notices were sent to more than 3,000 suppliers just days after Walmart announced its $3.5-billion investment in Canada, which will include renovating more than a third of its stores, building two new distribution centres in Ontario and British Columbia and improving its e-commerce services.

“The purpose of these fees is to partially offset the necessary investments recently made and soon to be made by Walmart that provide mutual benefits and growth opportunities,” the company said in its letter.

Supplier contracts include a number of fees deducted from what retailers pay for products, as well as compliance fines – for example, when orders arrive late or do not contain requested quantities.

Across the grocery industry, those fees total approximately $4.3-billion each year, Mr. Graydon said. In recent years, it has not been unusual for grocers to request lower prices from suppliers or to raise those fees. However, the e-commerce fee is “unprecedented,” Mr. Graydon said, because supplier margins are so thin that the 5-per-cent charge would mean selling goods on Walmart’s website at a loss in many cases.

“They’re going to get absolutely hammered,” he said. “There’s no opportunity to negotiate. They won’t accept any [product] price increases. This all has to be borne by the manufacturer.”

As Canadians become more accustomed to shopping online – a trend that has accelerated significantly during the pandemic – Canada’s largest grocers have been investing heavily in their e-commerce services. In the first half of this year, online sales at Loblaw Cos. Ltd. have already eclipsed last year’s total, reaching $1.2-billion, compared with approximately $1-billion in 2019.

Last month, Empire Co. Ltd. launched its new e-commerce service, Voilà by Sobeys, in the Greater Toronto Area and is planning to launch the service under its IGA banner in Quebec. The project represents an investment of approximately $200-million.

Empire “does not impose supplier fees on innovation or capital investments,” spokeswoman Natasha Compton said in an e-mail, but does negotiate with suppliers on common industry fees such as those for promotions and on-time delivery.

Walmart says retailers and suppliers should “work together” to keep up with changing consumer habits, spokesman Adam Grachnik said in an e-mail, and that the program is fair.

“This program helps to offset a very small portion of Walmart’s investment costs,” he said.

Industry groups such as the Canadian Federation of Independent Grocers (CFIG) and FCPC have lobbied the federal government for many years for a grocery industry code of conduct similar to systems in Britain and Australia that regulate the relationships between retailers and their suppliers.

Smaller retailers that compete with Walmart are concerned they do not have the leverage to demand similar fees, even as they also face pressure to invest in e-commerce services.

“They are significant costs,” said Gary Sands, the CFIG’s senior vice-president of public policy. “When Walmart can make those investments and offload those costs to suppliers, that puts the small business at a competitive disadvantage.” 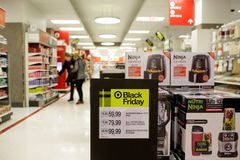 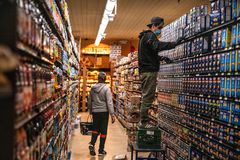 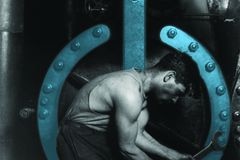