Since the dawn of the industrial revolution, our work lives have largely followed a predictable pattern: We learn, work and then retire. But the introduction of artificial intelligence and other advanced technologies promises to challenge this century-old model. In fact, this could be an opportunity to rethink a post-work component of the model that may no longer fit: retirement.

Why our perception of retirement is outdated

The idea of retirement was invented in 1881 by Otto von Bismarck, then-minister president of Prussia. According to Bismarck, “those who are disabled from work by age and invalidity have a well-grounded claim to care from the state.” The idea took nearly a decade to implement, but the official age of retirement was eventually set at 70. Other countries followed this model. But in the 1880s, the life expectancy in Prussia was also 70. The benefits were designed to last people a year, at best.

In Canada, the average retirement age is 64, but the life expectancy is now 82 (and rising). Moreover, the number of people over the age of 65 is expected to double by 2036. Canadians, in combination with a small supplemented income from the federal government (if you qualify), have to save enough money to last almost 20 years without a salary. Economically speaking, both government budgets and citizen savings accounts are becoming more strained.

Studies suggest that early retirement is not good for our health. In 2019, U.S. researchers concluded that “pension benefits and retirement actually resulted in reduced cognitive performance,” with the largest indicator being delayed recall, an early sign of dementia. In fact, the OECD has recommended the eventual elimination of all mandatory retirement policies.

Moreover, age alone does not necessitate retirement. Indeed, the World Health Organization has confirmed that “age is not a reliable indicator when judging a worker’s potential productivity,” and that “policies enforcing mandatory retirement ages do not actually help create jobs for youth.”

But most compellingly, Harvard Business Review concluded that the concept of retirement itself may be flawed. The islands of Okinawa in the East China Sea are home to the people with the longest disability-free life expectancy in the world. Okinawan women are three times more likely to reach the age of 100 than North American women. In the Okinawa Islands, the concept of retirement simply does not exist. According to the Harvard Business Review, “literally nothing in their language describes the concept of stopping work completely.” Instead, the Okinawa people have ikigai, “the reason you wake up in the morning.” In other words, the thing that drives you and is fundamentally critical to your existence. Even after controlling for variables such as diet, age and education, a seven-year study conducted by Tohoku University’s Graduate School of Medicine revealed that 95 per cent of seniors with ikigai lived until the end of the seven-year study, compared to 83 per cent of those without an ikigai.

How artificial intelligence can help

By 2030, the most dominant form of work is forecasted to be independent contracting – self-employed individuals who are contracted for specific projects or services – for both blue-collar and white-collar jobs. This is because organizations will need to stay nimble to adapt to the dynamic state of technology. Hiring workers for specific tasks and projects instead of hiring full-time employees allows for more flexibility. However, since independent contractors are self-employed, this presents an opportunity for people to control the capacity of their workload and redefine the work week around a schedule that works for them, a solution touted by Harvard Business Review for managing a multigenerational workforce. For someone over 65, this could mean taking on a project that requires only one day of work a week, for example, or only working in the afternoons.

Other examples of making jobs more accessible to an older workforce include:

Rethinking retirement is not about taking away people’s opportunity to finally rest, but about empowering people with the choice to live life in a way that works for them. It can be a way that allows all of us to find – or hold onto – our ikigai.

Sinead Bovell is a futurist and founder of WAYE (Weekly Advice for Young Entrepreneurs), an organization aiming to educate young entrepreneurs on the intersection of business, technology, and the future. She is the Leadership Lab columnist for August 2020.

Why we should stop asking kids what they want to be when they grow up
August 11, 2020 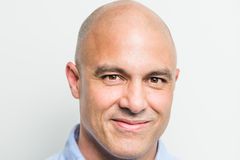