For the next few years, you might want to forget what you thought you knew about the Bank of Canada’s inflation target.

The central bank has not officially moved its yardsticks, nor is it likely to. But as the economy emerges from the COVID-19 pandemic and consumer prices heat up to temperatures rarely seen in the inflation-targeting era, the bank is signalling that it will not only tolerate inflation above its formal 2-per-cent target into 2024, it fully expects it.

In fact, the bank’s own policies have engineered it that way.

In a news conference Wednesday following the release of the bank’s quarterly Monetary Policy Report, Bank of Canada Governor Tiff Macklem spelled out how the bank’s pledge to keep its policy interest rate at its effective floor of 0.25 per cent until the economy reaches full capacity will send inflation over the 2-per-cent target.

“Because we’re holding the policy rate at the effective lower bound until [the output gap] closes, and there are some lags in monetary policy, you can expect to see some modest excess demand in 2023,” Mr. Macklem told reporters. “That produces a modest increase in inflation above the target, before we go back towards target in 2024.”

What this means, effectively, is that 2 per cent is not the point at which this central bank will blink. Three per cent may now be the more meaningful limit to its capacity for inflation, at least in this most unusual economic cycle.

Although we don’t focus on it much, it’s key to remember that the bank’s 2-per-cent target actually resides within an official “target range” of 1 per cent to 3 per cent; think of this as the bank’s formal band of tolerance. This band has been around for more than a quarter-century, but in normal economic recoveries, the bank doesn’t like to stretch the band to its extremes. It typically steps in with rate changes well before inflation deviates much from the 2-per-cent midpoint.

These aren’t normal circumstances. The bank built wiggle room into the inflation target for a reason – and Mr. Macklem might just use it, in order to steer around troublesome inflation numbers to bring the economy in for his desired landing.

“We have a band of 1 to 3 [per cent],” Mr. Macklem said. “And given the truly exceptional circumstances of this pandemic, and the huge size of this shock, we are using our extended tools. ... That’s really what you’re seeing reflected.”

It’s important to note that we’re not talking here about the inflation rate in the near term, which has already overshot 3 per cent (it was 3.6 per cent in May), and has attracted a great deal of attention in the past few months.

Mr. Macklem continued to insist Wednesday that this current surge in consumer prices is a temporary aberration, juiced by a collection of forces that are all tied to the pandemic and the economy’s reopening. They’ll fade as businesses and consumers adjust, he assured us.

The bank expects the inflation rate to return to 2 per cent next year, around the same time that it believes the economy will be back to full capacity. That combination – a full-speed economy and 2-per-cent inflation – is normally the Bank of Canada’s own definition of its sweet spot.

But with the bank defining that as the earliest possible point at which it will consider its first rate increase, the sweet spot won’t hold. Demand will exceed sustainable capacity, fuelling the kind of serious inflation pressures that normally give central bankers migraines.

It’s unusual territory for the Bank of Canada. The bank’s own forecasts, contained in the Monetary Policy Report, point to inflation of 2.4 per cent by the end of 2023 – normally, by design, its projections would envision rate policy reining in inflation to the 2-per-cent target over that time frame.

It’s not as if Mr. Macklem hasn’t signalled this before; the promise to maintain rates at their floor (known as forward guidance) has been in place for a year now, and the governor said in the spring that a consequence of that commitment would be a “small overshoot” in inflation a few years down the road.

But as the bank’s forecasts around the postrecovery economy start to take form, and Mr. Macklem starts to lay out the road map for inflation in more detail, the implications start to sink in. Given widespread concerns about central banks losing their grip on rising inflationary pressures as the recovery deepens, those implications raise some difficult questions.

One of those questions is just how far the economy can be allowed to drift into excess-demand territory – and how much of this sort of more troublesome inflation can the central bank tolerate?

The forecasts don’t suggest that 3 per cent is in the cards for 2023, and it’s all but certain that the bank will be raising rates well before we get into that territory. Nevertheless, in a critical and highly uncertain time for inflation, Mr. Macklem’s invocation of the target band does hint that 3 per cent might serve as the true ceiling of the bank’s tolerance. 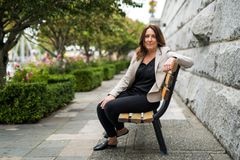 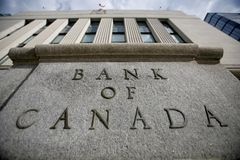 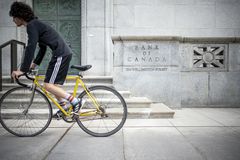