Two employees are missing after a major rock slide forced Centerra Gold Inc. to halt operations at its flagship gold mine in Kyrgyzstan.

The Toronto-based mining company said in a statement that a “significant rock movement” occurred at Lysii, one of the mine’s waste dumps at the Kumtor site, early Sunday morning.

Centerra has evacuated all staff from the site and is conducting a search-and-rescue operation in conjunction with the Kyrgyz Republic’s Ministry of Emergencies.

Centerra says it is re-evaluating the mine plan for Kumtor and can’t say when it might restart operations.

Kumtor is Centerra’s biggest mine by far, with projected production of about 580,000 ounces of gold this year. The company also operates a copper-gold mine in Canada.

At one point on Monday, shares in Centerra were down by as much as 23 per cent on the Toronto Stock Exchange, before recovering to close down 11.4 per cent at $10.06.

Late Monday afternoon, Centerra said that the area where the slide occurred had sufficiently stabilized to allow light equipment to aid in the search effort.

The company is looking at redirecting the waste rock to other sites, including possibly the Central Valley waste dump, or the Sarytor waste dump.

“A re-start of open pit mining operations won’t occur until the company is certain that the search and rescue efforts will not be affected and a revised waste dumping plan has been completed,” Centerra said in a statement.

In a conference call with analysts after the close of trading on Monday, Centerra’s CEO said that a restart of the mine is contingent on the Kyrgyz government approving a revised mine plan. Mr. Perry also indicated that new permits will be required for the use of any alternative waste dump facilities at Kumtor.

Despite the rock slide, Centerra said earlier Monday that its production outlook for 2019 remains unchanged, as it will be able to process existing stockpiles of ore at Kumtor for the time being.

In an interview, John Pearson, vice-president of investor relations at Centerra, said that the company evacuated the Kumtor site on Sunday after routine monitoring picked up “more than normal movement” of rock.

He added that the missing individuals are Kyrgyz nationals.

This isn’t the first time the company had encountered a significant rock movement at Kumtor. Mr. Pearson said that a few years ago, the company had a rock-movement incident at its Central Valley waste-dump location, within the Kumtor complex.

When Mr. Perry was asked during the conference call if seismic activity or a weather event might have caused the latest rock slide, he replied the cause was unknown at the moment.

RBC Dominion Securities Inc. analyst Stephen Walker said in a note to clients that, apart from the uncertainty over the timing of a restart of operations at Kumtor, the company may incur additional expenses from the redirection of waste rock to alternative sites.

Credit Suisse analyst Tariq Fahad wrote in a note that the two other waste dumps at Kumtor would entail a longer route and higher costs.

Kumtor is the biggest gold mine in the landlocked central Asian country of Kyrgyzstan. Since 1997, it has produced more than 12.5 million ounces of gold.

Kumtor was projected to produce about three-quarters of Centerra’s gold production this year. The company’s Mount Milligan mine in British Columbia is forecast to produce about 245,000 ounces of gold and 70 million pounds of copper.

While they are rare events, rock slides can cause serious damage at open-pit mines. In 2017, a slide at Lundin Mining Corp’s Candelaria copper mine in Chile hampered operations for months and caused the worst sell-off in the company shares in six years. 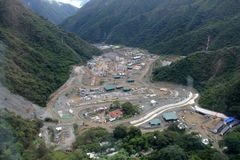 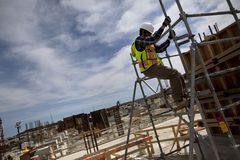 A huge U.S. bank is making a compelling case for snapping up shares right now in a Canadian miner
Subscriber content
November 21, 2019 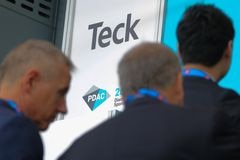