- My dad worked as a sales manager at a car dealership. My mother had a degree in social work. I like to say my father was a capitalist and my mother was a socialist, and that’s how I became an entrepreneur with a heart.

- I met Murray Edwards in second-year university—I was in engineering, he was in commerce—and we developed a lifelong friendship. In 1993, I got together with him and two of the best salesmen, Jim Davidson and Rick Grafton, and we set about selling Canadian oil and gas equities. I was the quarterback at FirstEnergy—the glue that kept it ticking.

- It’s illogical to think we’re reaching the end of the road for fossil fuels. Hundreds of protesters don’t really stack up against 36 million people driving in cars and living in buildings built with steel melted with fossil fuels.

- Wind power used to require 15 miles an hour to turn the blades enough to create power. Now it’s five miles. I’m in the process of developing a wind farm, because it’s economic.

- We’re sitting at the table with China, Japan, India, talking about the need for gender diversity, for improvements to the environment—and making these commitments key aspects of our trade negotiations. And the other side is going, Just a minute, do you want to buy or do you want to sell? This is a trade negotiation, not a revival meeting.

- You can hate Donald Trump as much as you want—and let’s be clear, I wouldn’t leave him alone with my kids—but you can’t argue with the benefits of changing the tax rate from 38% to 21%. I’m invested in Nashville, and I will continue to buy and sell assets in Nashville over Edmonton or Calgary.

- I invest in the jockey, not the horse. Almost all business plans are wrong within 24 hours of being written.

- A lot of entrepreneurs focus on, “If you build it, they will come.” But marketing is the point of differentiation, I don’t care what the business is.

- I realized I was missing the boat on cannabis—I think the market is much larger than most people have forecast.

- I was in a work-life spiral that was unhealthy. Having cancer allowed me to learn how to say no to everybody. When cancer came back into my life 14 years later, I was able to look back and say, “Meh, I had a good run.” It wasn’t that I wanted to die, but I was okay with that outcome.

- A decade ago, I spent some time with a shaman who felt my spirit animal was the buffalo. They’re perceived to be aggressive, but they’re actually far more gentle. They have a deep sense of family, and they’re smarter than they look.

- When I bought into the Nashville Predators a decade ago, I had friends asking me if I needed to have my head examined. We were in scramble mode to meet minimum ticket sales, let alone have a competitive team.

- I randomly stumbled into the Preds opportunity. When opportunity knocks, it’s about being ready to open that door, or whatever that cliché is. 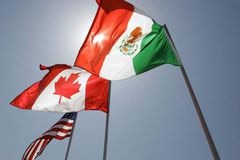 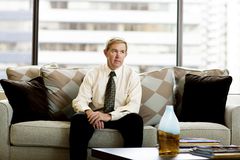 Follow Dawn Calleja on Twitter @dawncalleja
Report an error Editorial code of conduct
Due to technical reasons, we have temporarily removed commenting from our articles. We hope to have this fixed soon. Thank you for your patience. If you are looking to give feedback on our new site, please send it along to feedback@globeandmail.com. If you want to write a letter to the editor, please forward to letters@globeandmail.com.
Comments are closed