Peter Duck avoids driving his Honda Fit in this Rocky Mountain resort town whenever possible during the busy months of summer. He loathes the search for parking – an interminable hunt he half-jokingly calls the "parking shuffle.”

“Locals don’t go to places where they used to go," the president of the local Bow Valley Naturalists conservation group said this week. "The park in general is getting busier and busier.”

His aversion to cars is testament to an issue that has plagued the mountain town for years: gridlock. Officials say traffic jams in the peak tourist season are exacerbated by an acute shortage of parking. But a new development plan touted as a possible solution has riled local conservationists who say the scheme undermines the park’s ecological integrity and strict controls on commercial activity.

The source of the animosity is taking shape in a clearing along the railway tracks that cut along the northern edge of town. Residents say a spruce forest was hastily bulldozed to create room for 500 parking stalls in the first step of a wider development put forward by a private company. After some delay, the lot is set to open next month. But long-term plans by Liricon Capital call for an additional 2,000 stalls – provided it secures federal approval for a new gondola to carry skiers and hikers from the train station up Mt. Norquay.

Liricon, owned by Banff resident and oil-patch financier Adam Waterous and his wife, Jan, acquired the long-term lease for the ski hill last year. They also hold the lease for the train station and surrounding lands under a deal with Canadian Pacific Railway.

The proposed four-station gondola would make it possible to potentially close the only access road to the ski hill and return 18 acres of land back to Parks Canada, according to the company. Skiers and hikers would park at the new lots and ride the gondola over the Trans-Canada Highway to the summit instead. The company has also pitched a residents-only parking pass and is keen to revive stalled talks about restoring passenger-rail service from Calgary.

Liricon argues the blueprint would ease congestion in a sensitive wildlife corridor – frequented by grizzly bears, wolves and cougars – while providing needed parking for some of the millions of tourists that visit the park each year.

But while few disagree that Banff has a car problem, conservationists such as Mr. Duck question whether more parking – let alone a gondola – is the answer. He noted discussions are occurring in the absence of an updated management plan for the park, expected by the end of 2020.

Parks Canada says Liricon’s proposal exceeds the scope of what’s permitted under the existing site guidelines for Mt. Norquay and the park management plan. Spokeswoman Natalie Fay said a preliminary assessment "shows that the proposal is inconsistent with specific statutory requirements and with key long-standing policies regarding commercial development in Banff national park.”

Liricon managing partner Ms. Waterous said the gondola is just one component of a bigger plan to reduce traffic. She attributed opposition to a vocal minority who want “to stop all visitation to the park" and said studies commissioned by the company show a gondola would result in environmental gains for wildlife. The company has also committed to replanting trees and shrubs, she said. “There are far easier ways to make a dollar, and we have taken on this project because we want this transformational change as to how Banff’s 4.2 million [annual] visitors move through the national park," she said.

Data show roughly 2.95 million vehicles entered and exited the town between January and July of this year. That’s up 2.1 per cent from last year and more than 10 per cent from 2015.

The tourist season was in full swing one afternoon this week. A steady line of camper vans and hulking tour buses inched along the central avenue. Tourists strolled the sidewalks in puffy down coats, despite the balmy weather. Some wore faux cowboy gear. Everybody gawked at a pair of Mounties in full Red Serge.

Mayor Karen Sorensen said the local council has not taken a position on the gondola – which she called “aerial transit" – because it requires federal sign-off. But she noted that forcing visitors to park and navigate the town by foot or bus is not a new concept. This is “not rocket science,” she said. "Yosemite, Zion – lots of national parks ask you to please park your car, get on a bus and come into the park.”

The gondola would run against the idea that the footprint should be limited, resident and conservationist Harvey Locke said.

He said the proposal also comes after Mt. Norquay’s owners agreed in the 1990s to abandon all summer use of the hill in exchange for new ski lifts. A majority of Canadians want development limited, he said.

“This is a national park. You don’t pave paradise and put up a parking lot.”

Editor’s note: An earlier version of this article incorrectly said Banff has reached its cap on commercial development. 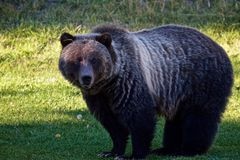 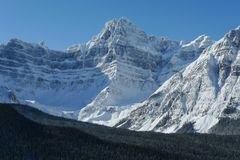