Chelsea Manning, who was convicted of espionage and theft for supplying WikiLeaks with thousands of U.S. government documents, has told a federal tribunal she should be allowed into Canada because her only crime was to make principled disclosures.

“Now, people take it for granted the disaster of Iraq and Afghanistan,” Ms. Manning told Canada’s Immigration and Refugee Board (IRB) on Thursday.

Testifying via video from her home in the United States, she said the world would not know as much about calamities caused by these U.S.-led military interventions except for her past decisions to release massive amounts of classified material.

“The war on terror was being sold to different places and it was a broad, encompassing effort involving every country you could think of,” Ms. Manning told the IRB. “I wanted to show how the sausage was made – how these discussions were happening.”

Ms. Manning was turned away at the Canada-U.S. border four years ago under the routine laws that are used to block citizens of other countries convicted of serious crimes. She asked for an IRB hearing, to which she is entitled, in a bid to persuade the tribunal to reverse border guards’ declaration that she is persona non grata.

In 2013, she was sentenced to 35 years in prison for violating the U.S. Espionage Act. Three years earlier, as a U.S. soldier and an intelligence analyst in Iraq, she copied hundreds of thousands of documents and sent them to WikiLeaks.

The resulting disclosures stoked debates in dozens of countries about U.S.-led wars and counterterrorism measures. President Barack Obama commuted Ms. Manning’s sentence, but did not pardon her crimes. In 2017, when Ms. Manning tried to cross into Canada to attend a conference, she was turned away because of her record.

The IRB hearing started on Thursday. Lawyers acting for Ms. Manning argue she was punished for telling controversial truths. As evidence, they showed a copy of a WikiLeaks video that originated from Ms. Manning.

Known as “Collateral Murder,” this video shows cockpit footage from a U.S. Apache military helicopter as it strafed Iraqis on the ground. Two children were killed in that 2007 attack, and a dozen men, including two Reuters journalists.

Before the video’s release in 2010, the Pentagon said these killings were a response to insurgent aggression. “It was portrayed as an accidental by-product of war that can happen, and that doesn’t amount to any sort of violation of the law of war,” Osgoode Hall Law School professor Heidi Matthews testified in support of Ms. Manning. She said the video showed otherwise.

Other Canadians have made filings to the IRB supporting Ms. Manning’s arguments. They include Ron Deibert, the director of the University of Toronto’s Citizen Lab, and Jameel Jaffer, who heads the Knight First Amendment Institute.

The IRB hearing will continue on Friday.

On Monday, the board rejected one preliminary motion.

Government lawyers pointed out that most inadmissibility hearings happen only once a person sets foot in Canada. For that reason, they asked the IRB to delay the hearing until Ms. Manning tries to cross the border again.

However, adjudicator Marisa Musto said she saw little logic in inviting someone back to Canada just to hear arguments about kicking them out. She said it was perfectly fine to hear Ms. Manning testify via video from the United States.

“There is no reason to postpone the proceedings until such a time as she can be present in Canada.” 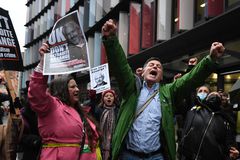 U.K. judge to rule on whether WikiLeaks founder Julian Assange will be extradited to United States
January 3, 2021 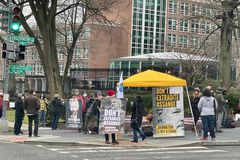 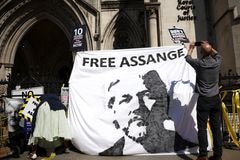