Three of Atlantic Canada’s four provinces reported progress Sunday in their bids to limit the spread of COVID-19, but health officials in P.E.I. instituted a two-week “circuit breaker” to quell a small but growing outbreak first reported just one day earlier.

P.E.I.’s chief medical officer of health, Dr. Heather Morrison, announced new health protocols that will take effect on Monday and remain in place until Dec. 21, including a plea for all Islanders to avoid social gatherings and remain at home.

“If we do not … take a hard approach dealing with this situation head-on, it will take us much longer to recover and we will have more devastating impacts,” Morrison told a news conference in Charlottetown.

“As a province, we have learned from the experience of other jurisdictions that, in some cases, they wish they had acted earlier to address the spread of COVID-19.”

Morrison also asked all Islanders between the ages of 20 and 29 to get tested for COVID-19, even if they have no symptoms.

“The last eight days have been quite a roller coaster on Prince Edward Island,” he said Sunday. “More concerning than the number of cases at this time is that tracing the source has been a challenge.”

The new measures were introduced as the province confirmed four new cases of COVID-19, all of them women linked to three other women whose cases were reported on Saturday.

The Island is now dealing with 11 active cases, which are among the 80 diagnoses reported since the pandemic was declared in March. Health officials have said 10 of those cases were reported in the last week alone.

By contrast, health officials in New Brunswick and Nova Scotia were thanking residents for adhering to health protocols, saying their efforts were behind lower infection rates.

New Brunswick’s chief medical officer of health, Dr. Jennifer Russel, announced Sunday that restrictions imposed to control recent outbreaks in the Moncton and Fredericton areas would be lifted on Monday.

She said a declining COVID-19 caseload and adherence to health protocols prompted the change, which means the two areas will be returned to what the province describes as its less restrictive yellow level.

“Yellow means caution,” Russell said. “It is not an invitation to go full speed ahead into life as it was before COVID-19.”

Russel reminded New Brunswick residents that the situation remains grim in many other provinces.

“Pandemic field hospitals are being set up in Alberta,” she said. “... Ontario has seen daily increases in cases, hospitalizations and deaths. There are hospitals in B.C. where the physicians have not had a day off since August. The premier of Manitoba has pleaded with citizens to avoid holiday gatherings.”

Russel also announced that tougher restrictions at the orange level would remain in place in the Saint John area because the number of active cases there was too high.

Four new COVID-19 cases were reported Sunday in New Brunswick, three of them people over the age of 60 and one under 20. The province had 82 active cases.

Health officials in Nova Scotia reported five new cases Sunday, all of them in the province’s central region. One case involves an elementary student in Dartmouth, whose school will be closed until Dec. 10.

The province was dealing with 89 active cases as of Sunday, though no one was recovering in hospital.

Premier Stephen McNeil issued a statement saying he was pleased to see the number of new cases dropping on the weekend, with only six new cases reported on Saturday.

“It reflects Nova Scotians’ commitment to following public health measures and doing their part to help slow the spread of COVID-19,” he said.

On Friday, the province extended tighter health restrictions in the Halifax region and Hants County until Dec. 16. Those restrictions, which stop just short of a full lockdown, were introduced Nov. 24 when health officials reported 37 new cases – 35 in the Halifax area.

In Newfoundland and Labrador, health officials reported four new cases of COVID-19, three of them men who recently returned to the province from Alberta. The fourth case involves a man who was a close contact of a previous case.

The province now has 30 active cases of COVID-19. 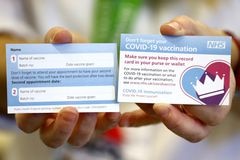 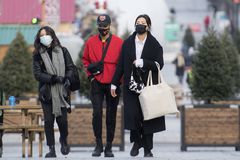 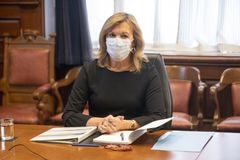