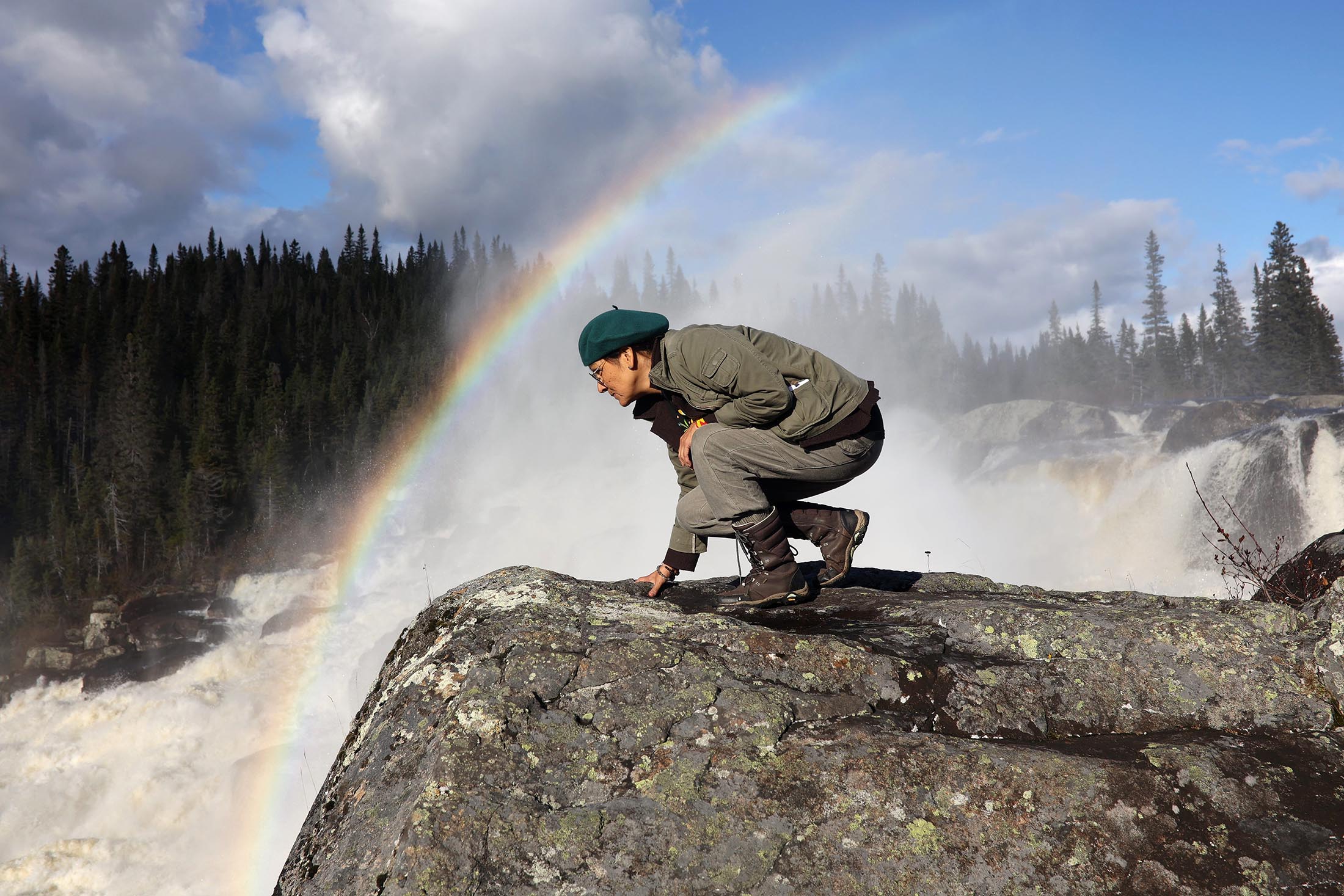 Rita Mestokosho, an Innu writer and poet, looks over the rapids on the Magpie River.

You can hear the Magpie River long before you see it.

The boom of thrashing current slicing through pristine boreal forest roughly 1,000 kilometres from Montreal is familiar to Rita Mestokosho. The Innu writer and poet has fond memories of swimming in calmer sections of the stretching waters. To her and others in her community, it’s more than just a river, it’s a relative – one she knows as her “sister.”

“When I am close with her, I feel like I am with my ancestors,” Ms. Mestokosho said. “She’s alive and I am alive.”

The Magpie, which snakes 200 kilometres into the Saint Lawrence River on Quebec’s Côte Nord, is starkly powerful – a wild body of water in an increasingly-developed North America. Innu First Nations have cherished the Magpie, also known as Mutuhekau Shipu, as a highway, pharmacy, and place of healing for thousands of years. 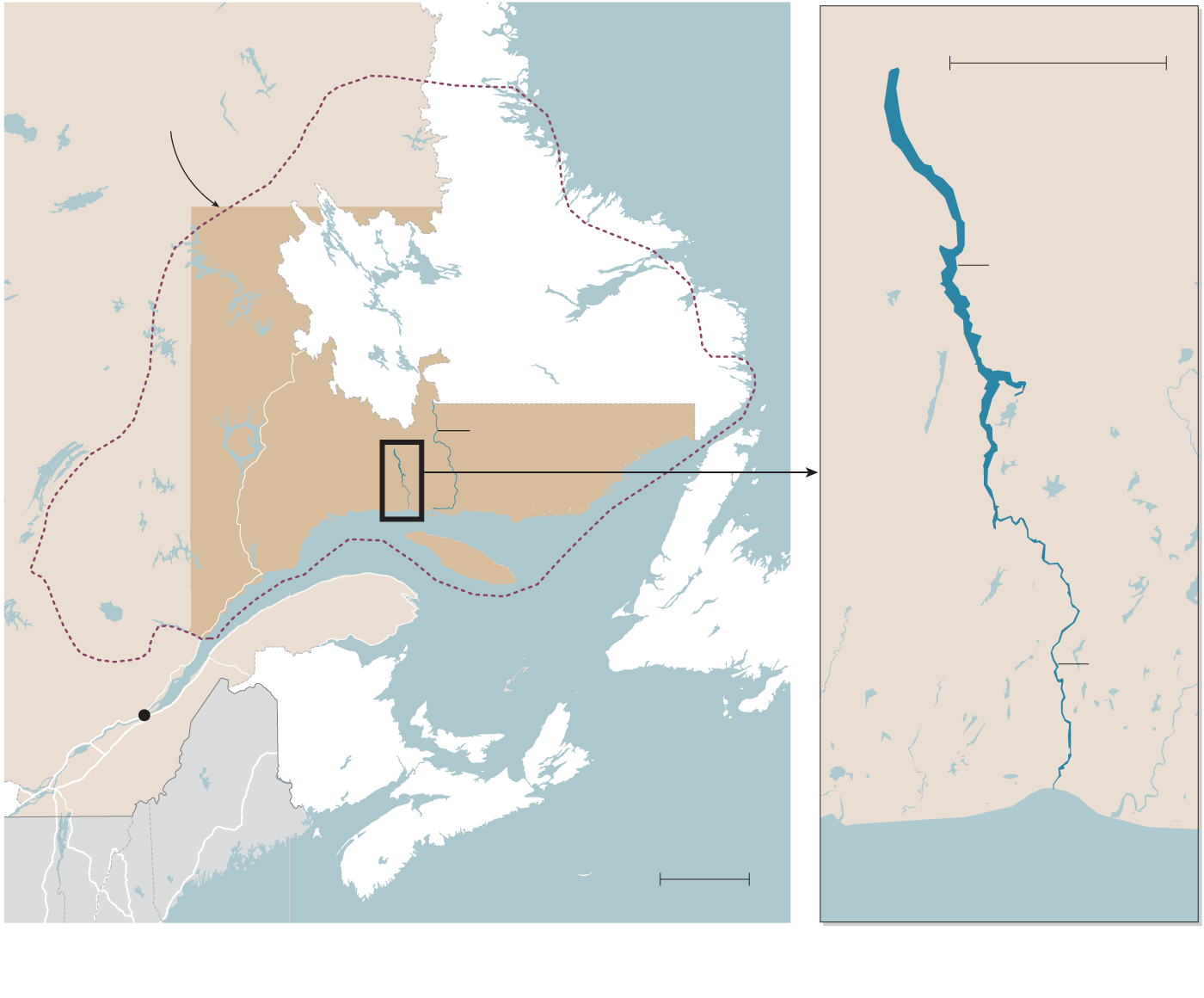 The Magpie’s power has also attracted speculation for future hydroelectric dams. But Innu, environmental activists, and regional politicians are fighting back with a new strategy that’s inspiring protection efforts across the world: the Magpie is now legally considered a person.

For at least 2,000 years, Innu hunters traversed rivers in Quebec’s Côte-Nord region to harvest caribou inland. But since the 1960s, their nomadic lifestyle shifted with the creation of reserves sprinkled along the shoreline, including Ekuanitshit, where Ms. Mestokosho lives. 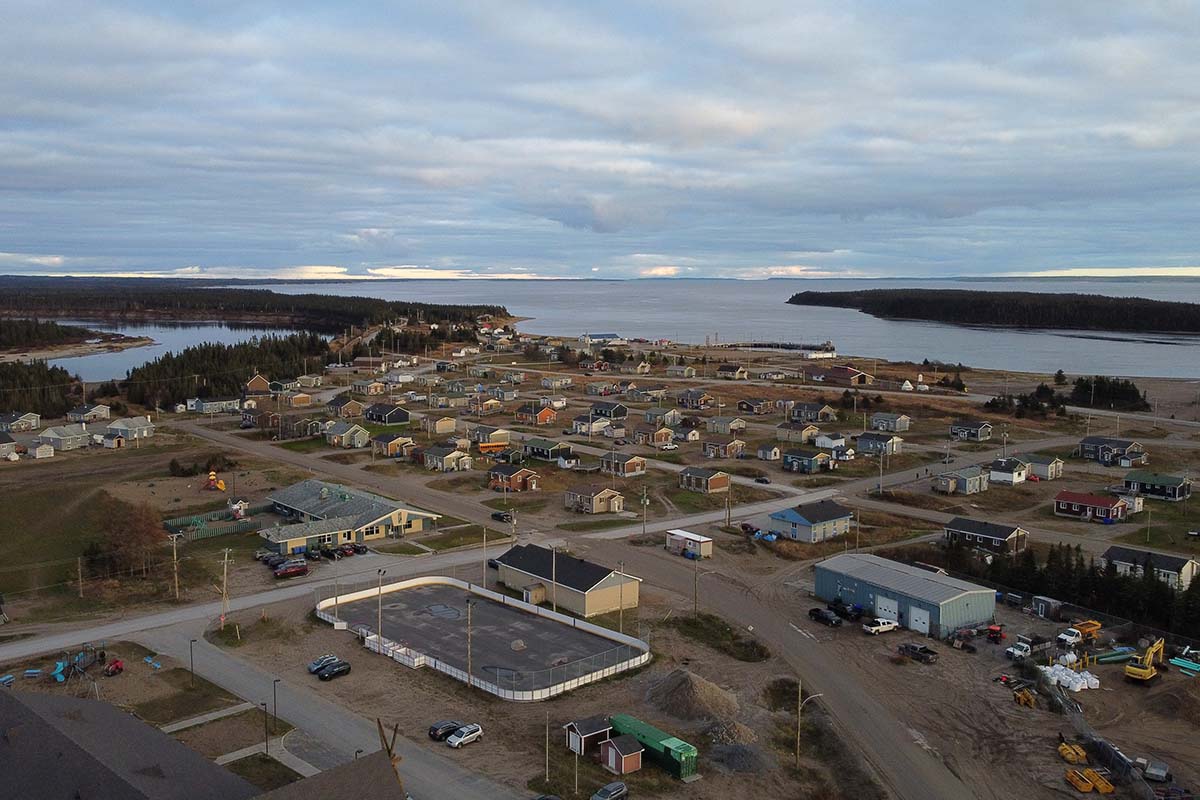 Ekuanitshit sits on the shoreline of the Magpie. 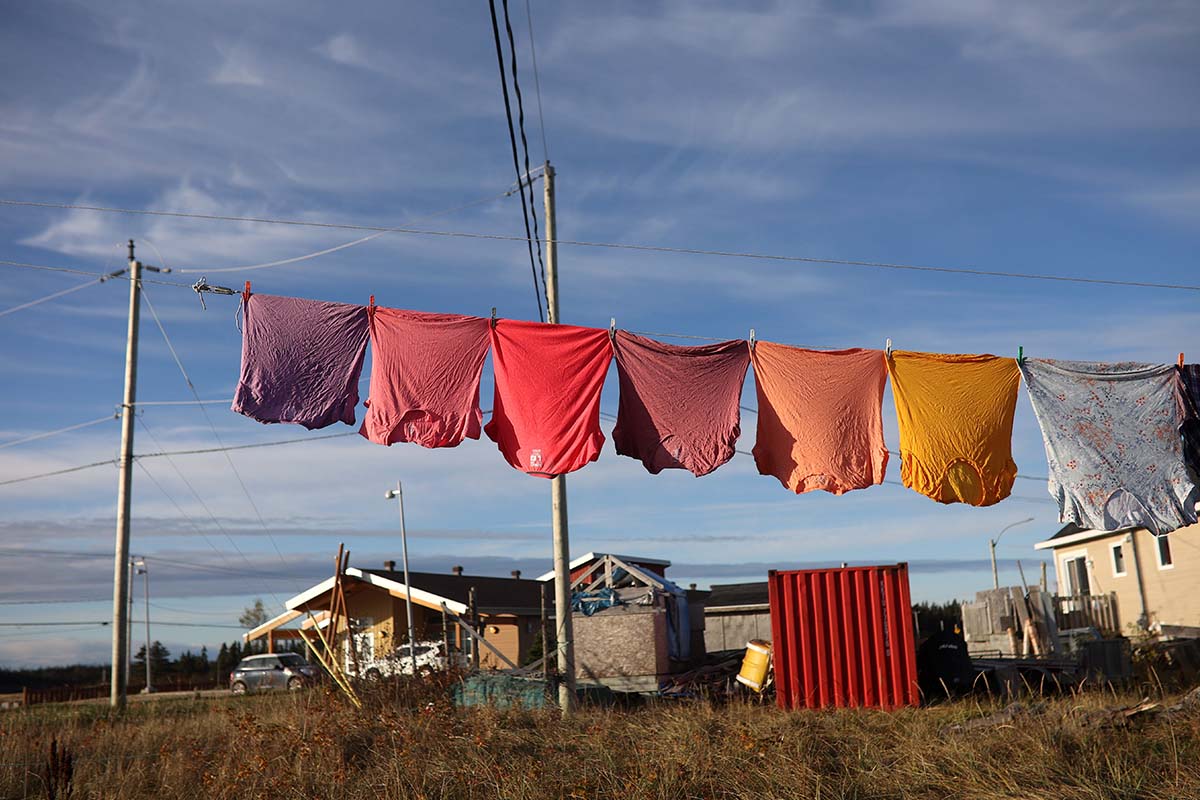 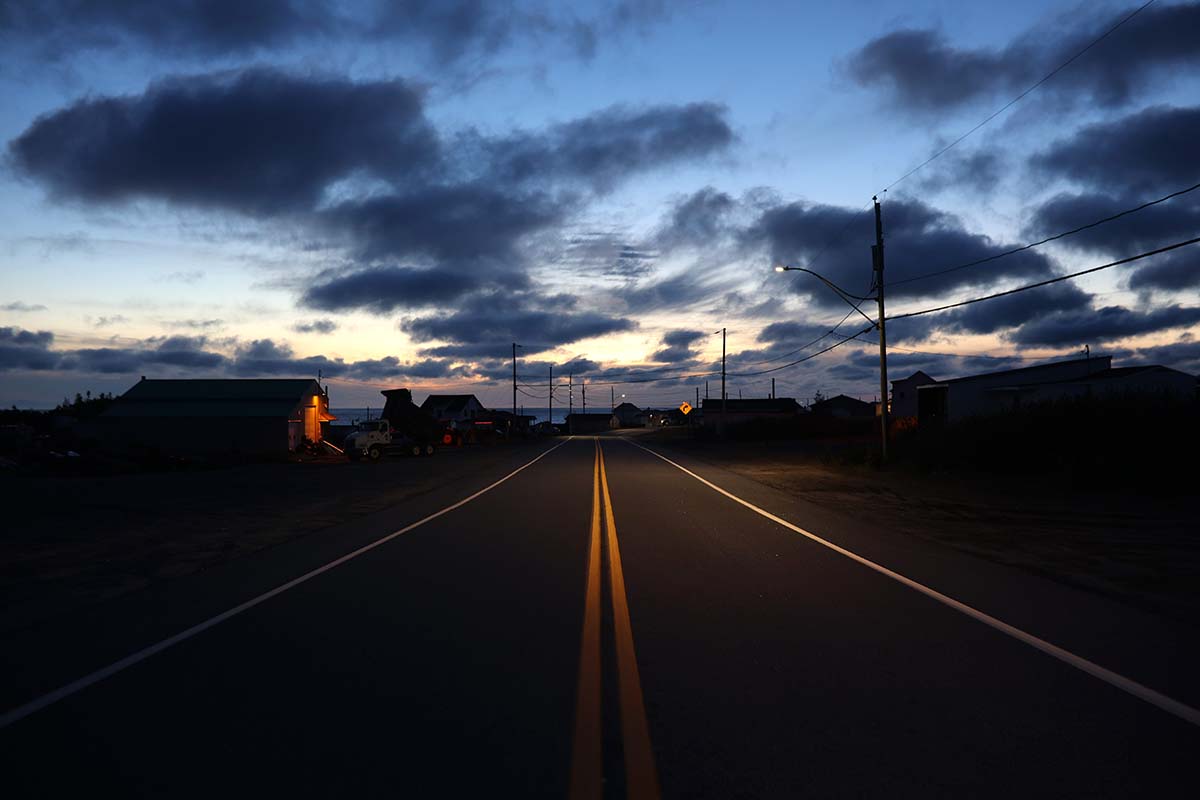 The Minganie region is powered by hydroelectric energy.

Meanwhile, many of the region’s rivers were utilized for their hydroelectric energy potential, including the Magpie River, where a small dam was first built in 1961 and reinvigorated in 2007. 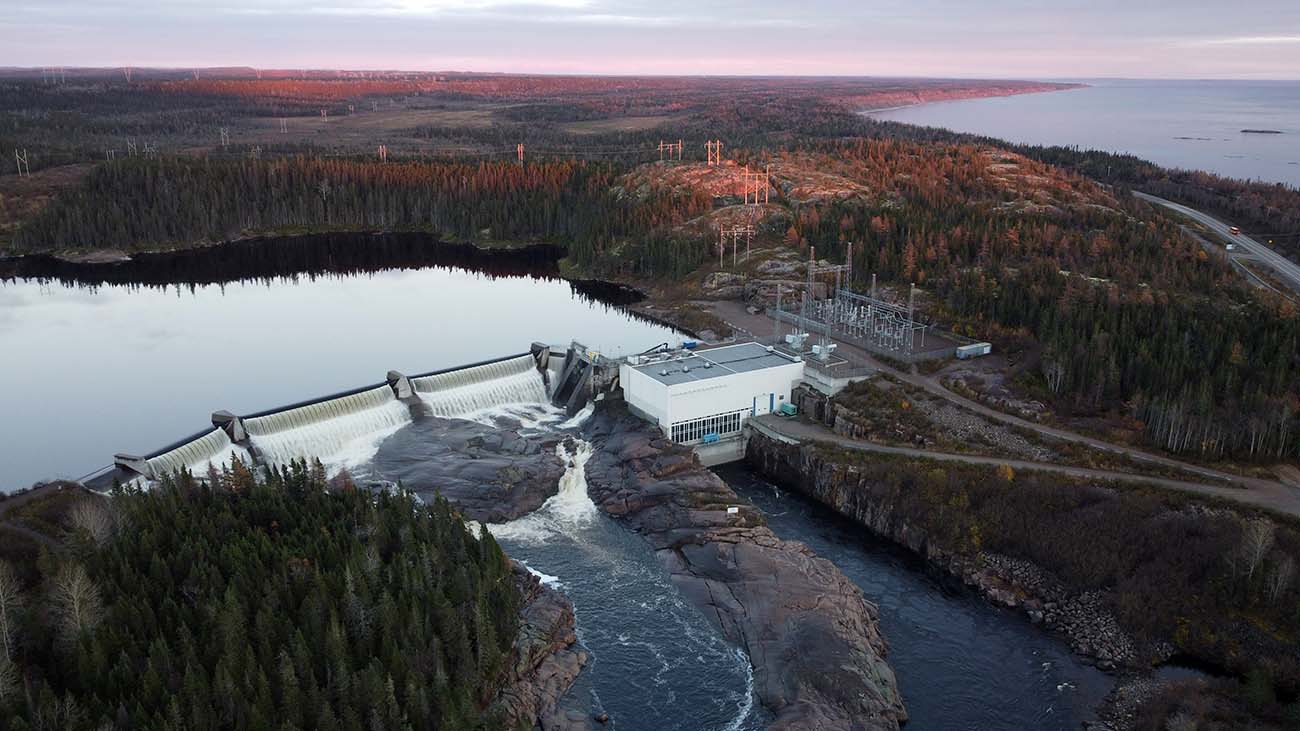 The dam near the mouth of the Magpie River in late fall.

In its 2009-2013 strategic plan, Hydro-Quebec targeted the river as a site of future dams, but protest arose from Ekuanitshit, environmental activists, and those worried that the river’s epic rapids – named some of the world’s best for whitewater rafting by National Geographic – would be destroyed. 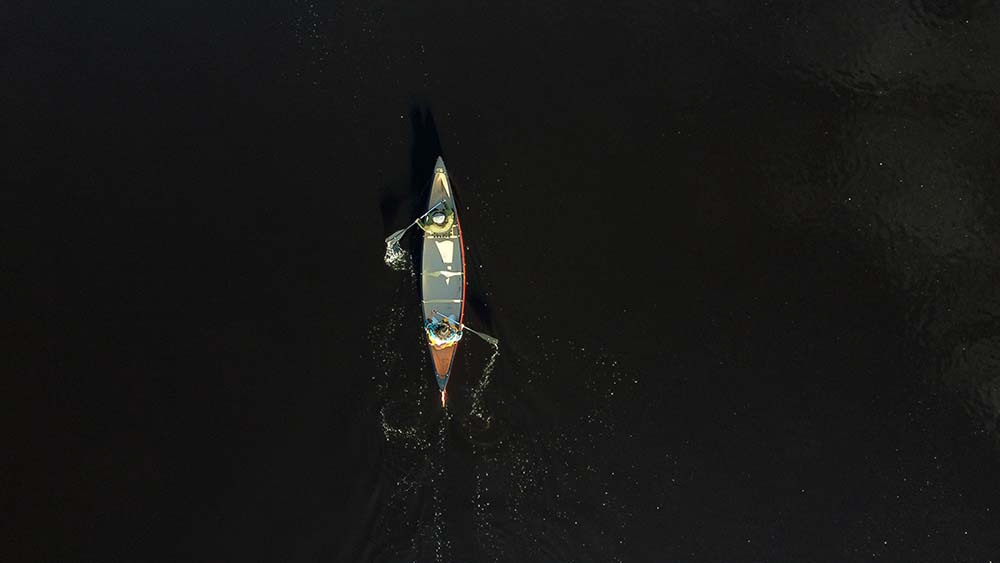 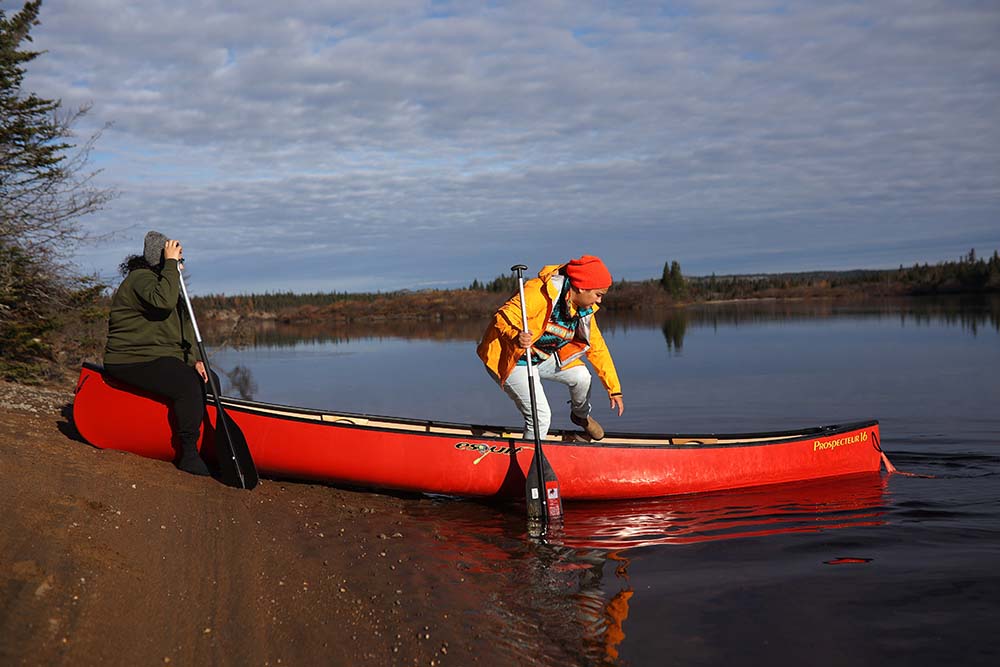 In 2017, Hydro-Quebec announced the Magpie was no longer in its strategic plans, but it wouldn’t rule out dams forever.

So environmental activists from SNAP Quebec, a chapter of the Canadian Parks and Wilderness Society, presented an innovative plan to ensure the Magpie’s prolonged protection, by acquiring legal personhood status.

First theorized by legal philosophy professor Christopher Stone in the 1972 paper “Should Trees Have Standing,” legal personhood gives natural features rights akin to those of corporations and municipalities though not of people. It has been used for a handful – yet growing – number of natural features from New Zealand’s Whanganui River to Ecuador’s Alpayacu River, and now the Magpie. 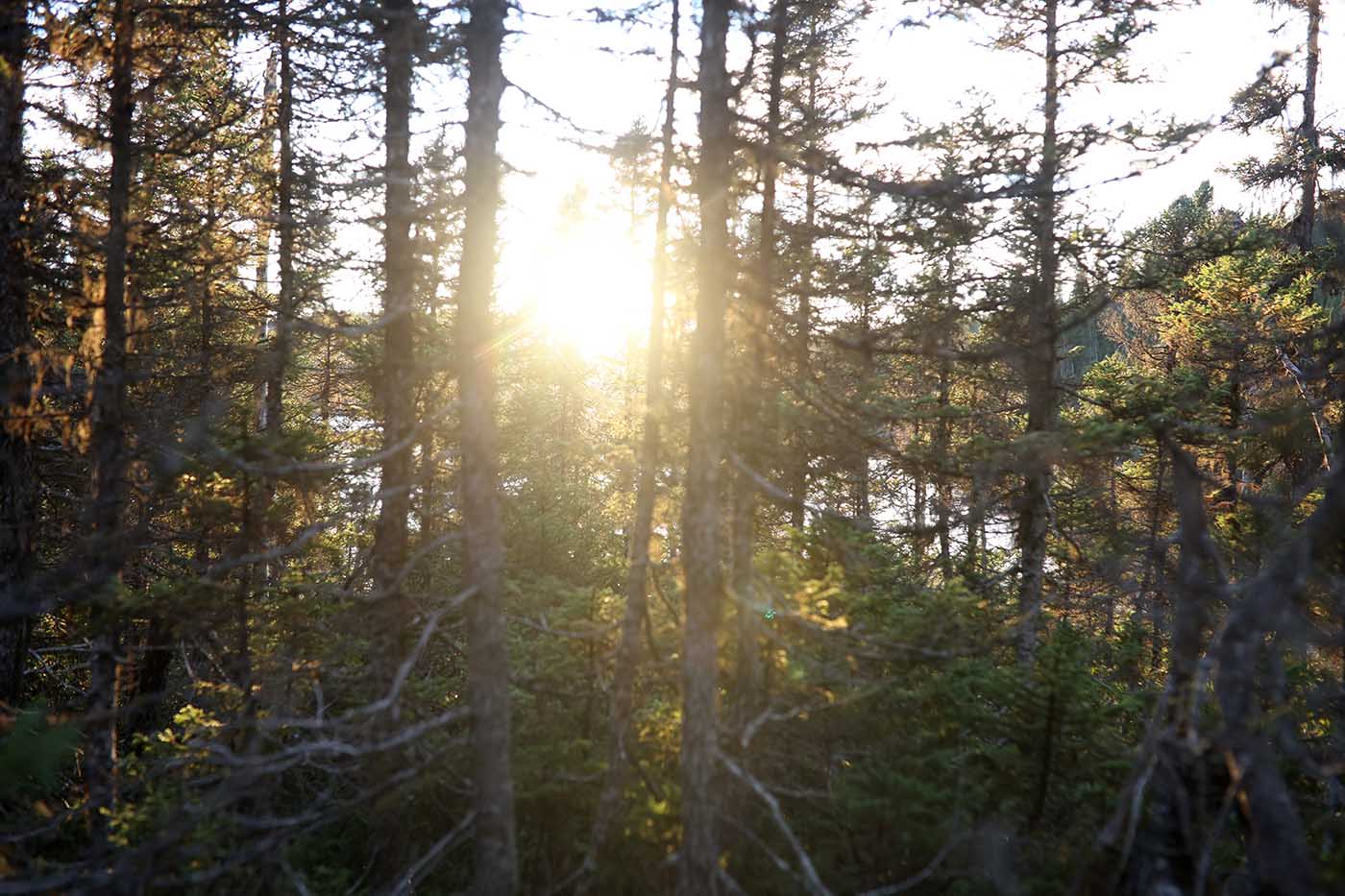 In February, joint rulings from the Ekuanitshit band council and MRC Minganie regional authority declared the Magpie a legal person with nine rights including the rights to be free from pollution, to sue, and to have legal guardians – a first in Canada.

“This mechanism we are using for the legal personhood for the river is because the river has a spirit. For us it’s alive,” said Shanice Mollen-Picard, a member of the Ekuanitshit committee that advocated for the personhood definition. “It’s a chance to say to the government that you’re not the only one who’s going to make decisions. We are here and we’re going to stand up and we’re going to protect the river no matter what.” 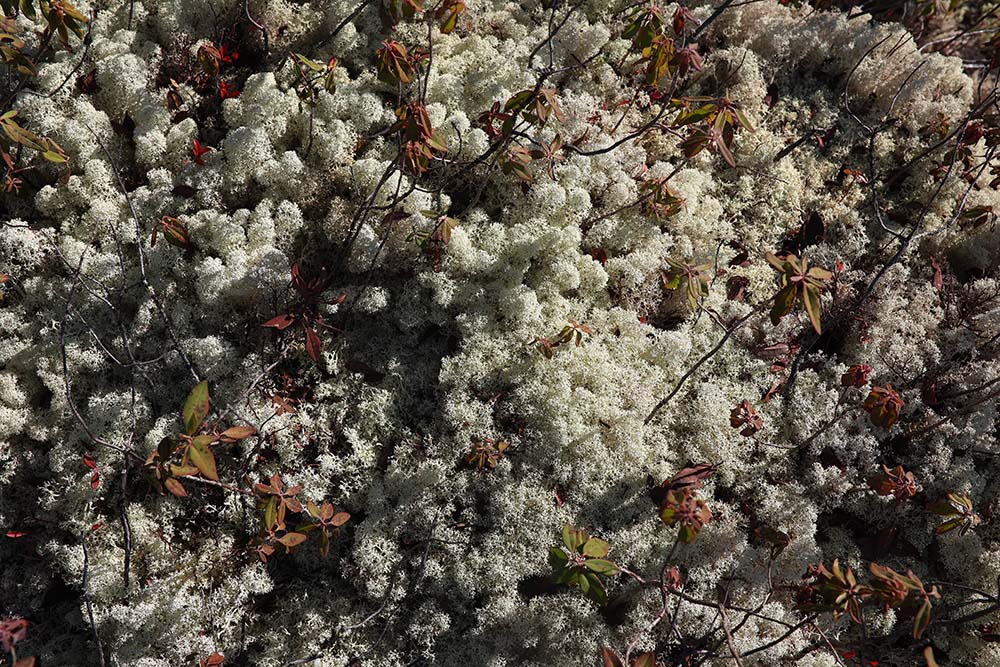 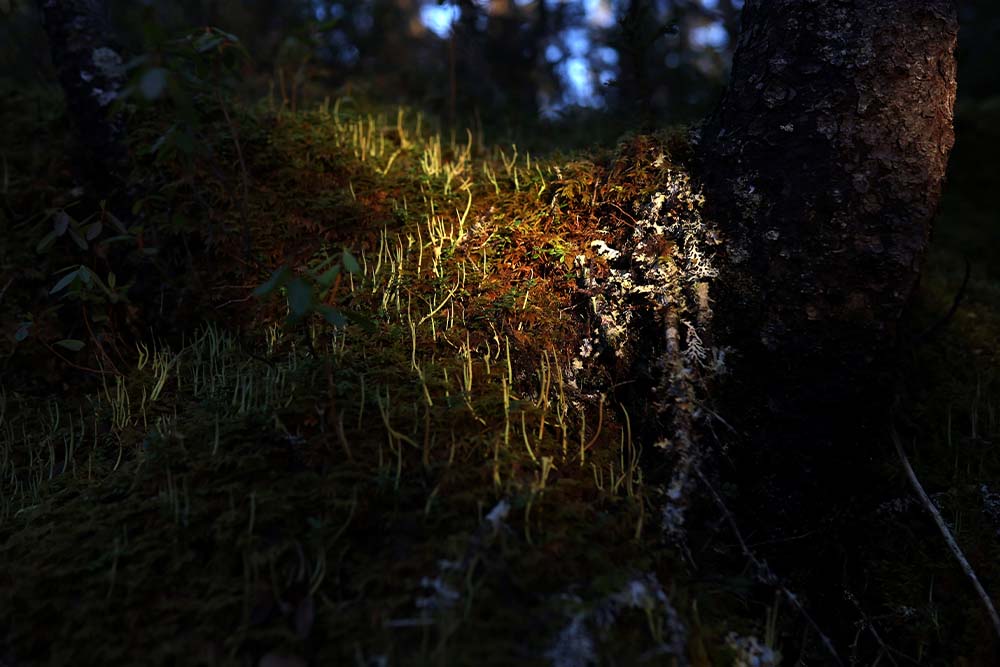 Ms. Mollen-Picard doesn’t have to look far to see the impact dams can have. The Romaine River, just 20 kilometres from Ekuanitshit along Hwy 138, now has three dams and will soon see a fourth.

“It’s not the river anymore. It’s just four dams,” said Ms. Mollen-Picard, adding that she doesn’t feel comfortable fishing, drinking the water, or eating fruit alongside the Romaine like her ancestors did. “No, that’s not what we want for the Magpie River.”

A aerial view of Romaine-1 Dam on the Romaine River.

The head of MRC Minganie, Luc Noël, said the Romaine dams were necessary for bringing development to Côte-Nord, which he says has historically been underserved by Quebec City. But the next step is to develop the region’s tourism infrastructure and that includes protecting the Magpie River and Anticosti Island, a provincial park registered to apply for UNESCO Heritage status.

“To give legal personhood to a river is a new way to say we want to protect nature and our Indigenous friends were on the same wavelength as us,” Mr. Noël said. 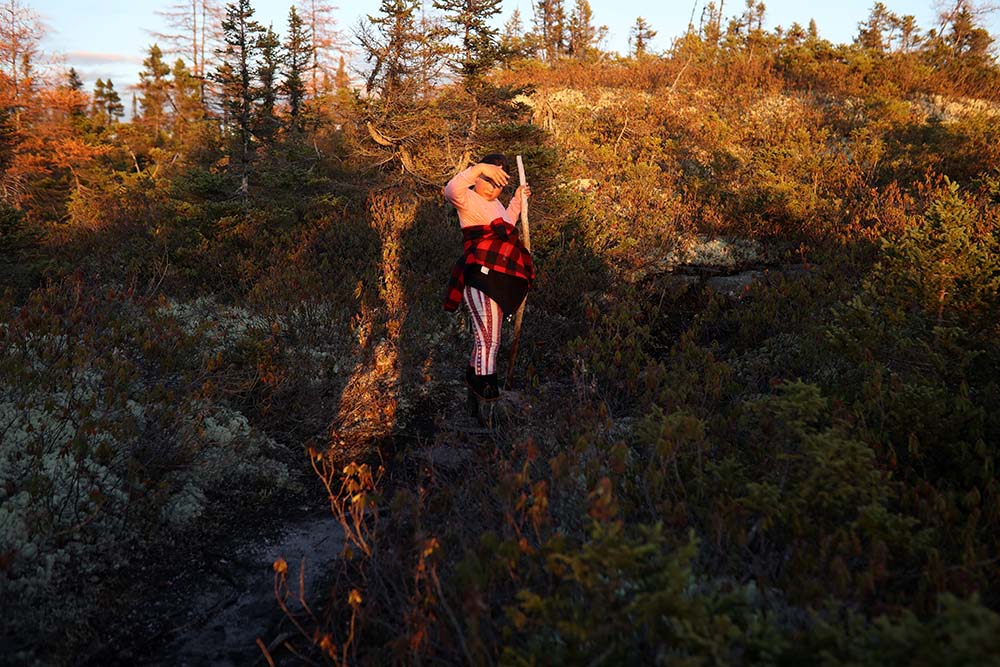 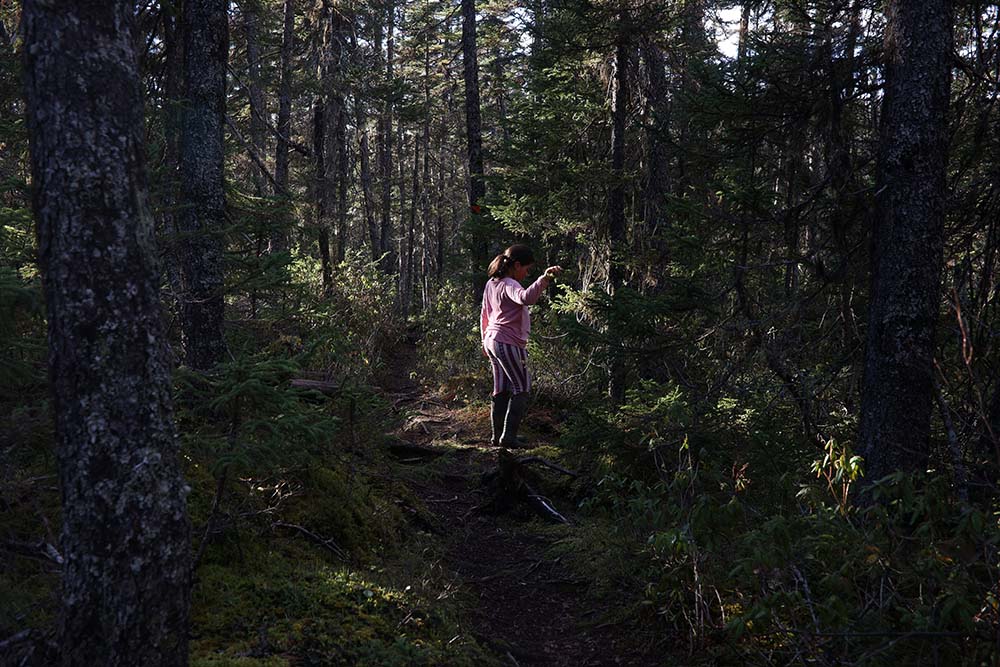 Jean-Charles Piétacho has been Ekuanitshit chief for three decades and disagrees about the necessity of the Romaine. Still, he said working with the regional government to pass environmental protection was significant.

“Thirty years ago, I would never have thought that a mayor or a prefect would be next to me to announce a project of this magnitude.”

Chief Piétacho has been on the front line of pipeline protests in North Dakota and British Columbia and sees legal personhood as a clever alternative to defend his beloved Mutuhekau Shipu. He also wouldn’t rule out using the strategy to protect other rivers if they come under threat. 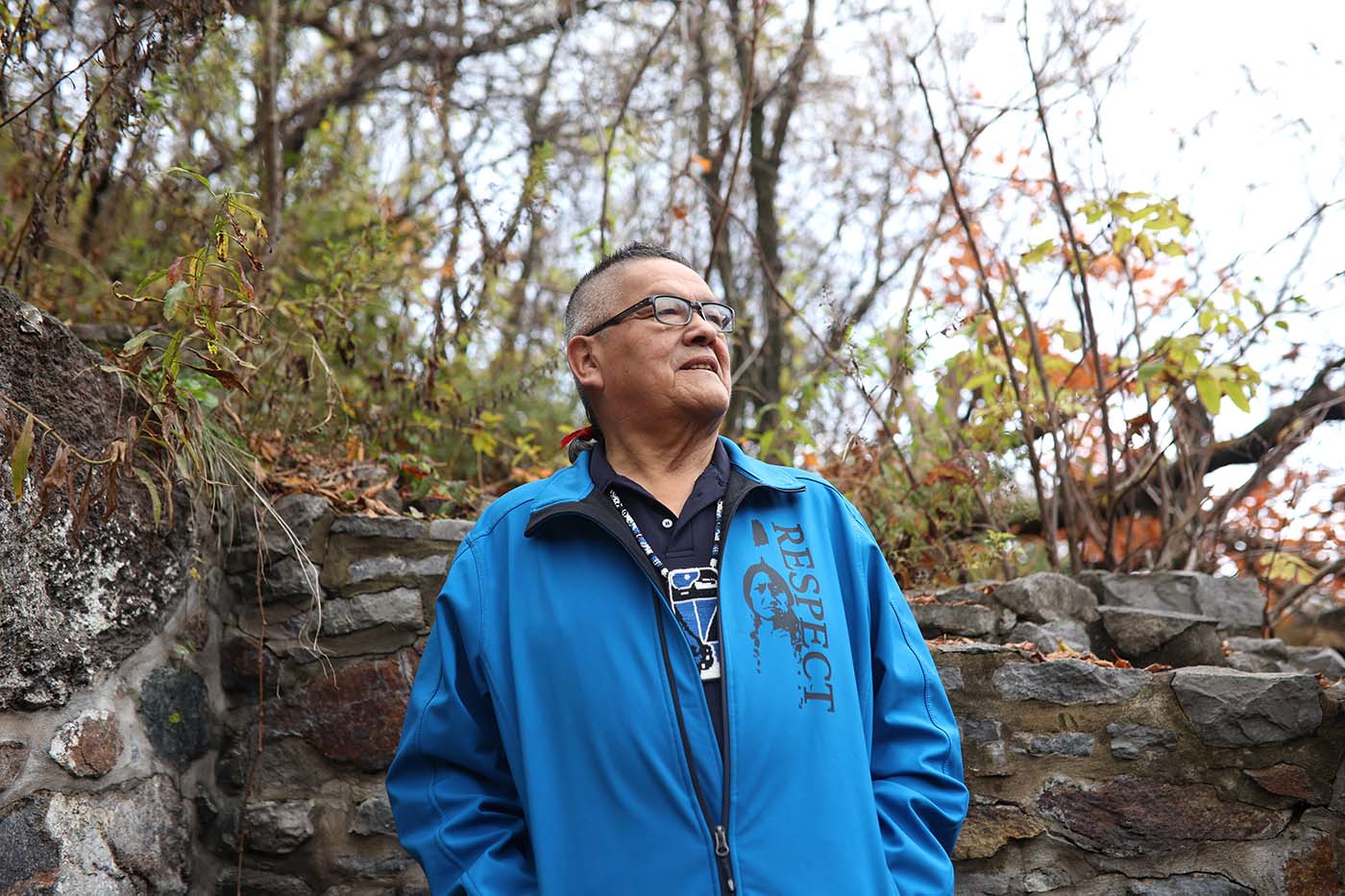 Chief Jean-Charles Piétacho says he knows his community will stand up to defend the river.

But will the legal personhood distinction work?

Hydro Quebec is still keeping its options open for the future and it’s unclear if suing for building a dam or polluting a river will hold up in court. One potential issue is that Canadian waterways tend to be under federal or provincial jurisdiction.

In other countries, the personhood strategy has had mixed results. A bill of rights for Lake Erie was struck down after farmers concerned they’d be sued if fertilizer leaked into the watershed challenged it in court. Meanwhile in Colombia, the Amazon rainforest has been granted personhood rights, as have Pablo Escobar’s so-called “cocaine” hippos, and there’s a growing list of active campaigns from the Great Barrier Reef to the Saint Lawrence River.

Chief Piétacho said he doesn’t know if the personhood strategy will hold up, but if it doesn’t, he knows his community – especially its young people – will stand up to defend the river.

“If the Crown Corporation ever wants to submit a project for an 800-megawatt hydroelectric dam on the Magpie — listen, we will be there and we won’t be alone.” 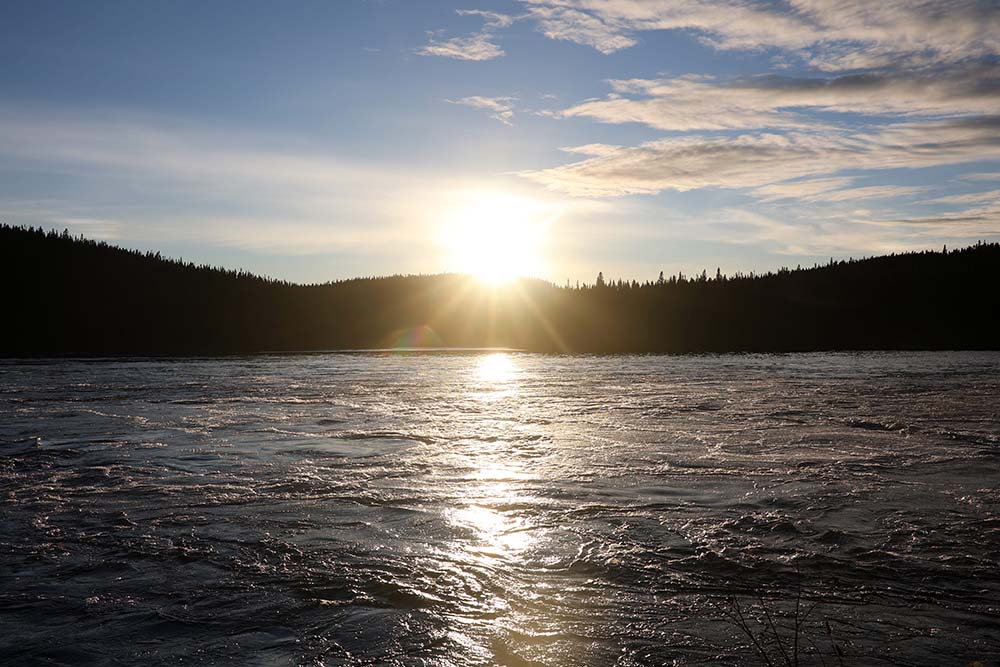 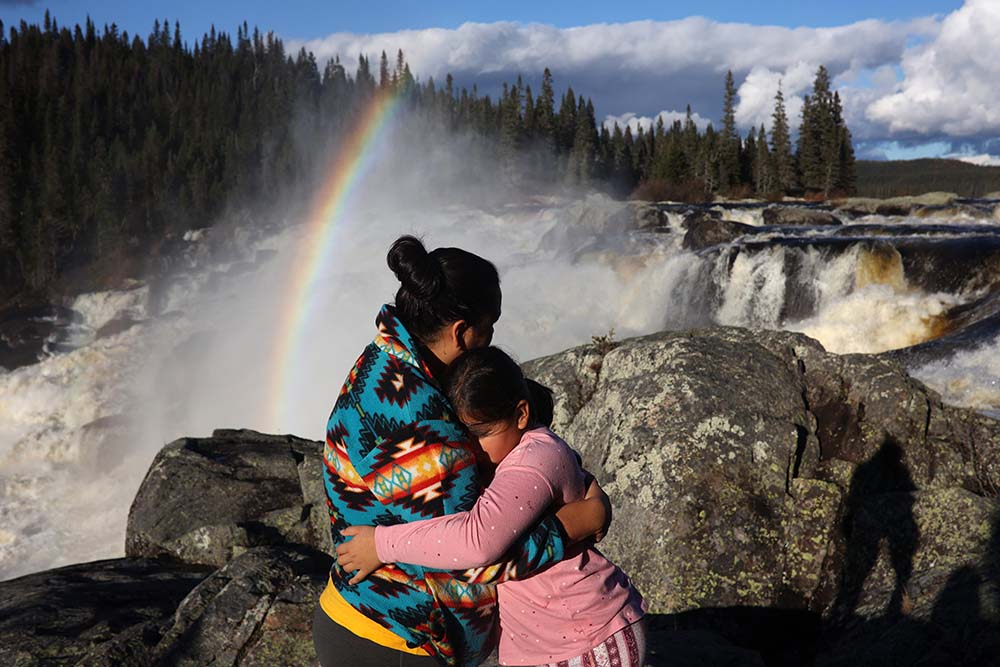 More on the story of the Magpie

The Magpie River, flowing through pristine forest about 1,000 kilometres from Montreal, has been cherished by Innu First Nations for thousands of years. To prevent future development on the waterway, Innu, environmental activists, and regional politicians have worked to have the Magpie legally considered a person.