Mike Hager
VANCOUVER
Published May 25, 2021 Updated May 26, 2021
Comments
Text Size
Please log in to listen to this story. Also available in French and Mandarin. Log In Create Free Account

B.C. residents can now return to eating inside restaurants, hosting a handful of friends in their homes and attending small religious services as a deadly third wave of the COVID-19 pandemic abates on Canada’s West Coast.

British Columbia Premier John Horgan and Provincial Health Officer Bonnie Henry announced the lifting of numerous restrictions on Tuesday as part of a plan to restart society that they said was largely made possible by the province’s successful push to get at least one dose of vaccine to two-thirds of all adults within its borders.

As long as hospitalizations and daily new infection rates continue trending downward and more people get vaccinated – as Dr. Henry said she expects – socializing, travel and workplace restrictions will continue being lifted as part of the four-stage strategy that could be completed by mid-September.

“We’ll be staying flexible because we know this virus still has some tricks up its sleeve,” Dr. Henry said, noting clusters or outbreaks of more contagious variants might temporarily slow the province’s progression to the next stage of reopening. “But I don’t see a situation where we’re going backwards unless things change very dramatically.”

Reopening plans continue to differ across the country based on how heavily provinces are currently affected by the third wave of COVID-19.

Alberta Premier Jason Kenney is expected to announce on Wednesday how the province plans to ease health restrictions, after his government brought in tougher public-health orders three weeks ago aimed at tamping down a surge of cases that saw Alberta lead North America in daily infection rates.

In Manitoba, the province extended public-health orders and welcomed health care staff from the federal government Tuesday as COVID-19 pushed the province’s hospitals closer to the edge. Some restrictions tightened last week for the May long weekend were set to expire Wednesday, but will remain in place until the end of the week.

All Quebec regions are expected to be out of the province’s highest pandemic-alert level by June 7, Premier François Legault said Tuesday, as the situation in the province continued to improve. Pandemic restrictions across eight Quebec regions will be relaxed on May 31, while Montreal and its northern suburb of Laval will remain at the red level until at least June 7.

B.C.’s shutdown was less rigid than some other provinces. It did not shut down construction and many retail stores were permitted to stay open, while most children restarted in-class learning in the fall.

Restrictions lifted Tuesday include allowing indoor and outdoor dining for up to six people, indoor gatherings with up to five visitors and in-person faith-based gatherings at reduced capacity. People can go to low-intensity indoor fitness classes and team sports are now allowed outdoors for all ages, without spectators.

Mr. Horgan said police and other law-enforcement agencies will continue to enforce size limits on parties, including outdoor gatherings with more than 50 people.

“We have relieved the restrictions on gatherings, but [are] not letting it all rip,” he said.

People are now allowed to travel within one of the three regional zones the province created in April, a change from the previous directive for everyone to stay close to home and only enjoy themselves in their “own backyard.” According to the plan, by June 15, people will be allowed to travel across the province. People could also leave B.C. to vacation in other parts of Canada and the province’s massive tourism industry could welcome visitors from other areas of the country by Canada Day.

In separate statements, Vancouver Mayor Kennedy Stewart and Bridgitte Anderson, president and chief executive officer of the Greater Vancouver Board of Trade, both praised the plan for providing clarity into the fall season for business owners keen to put the past 15 months behind them.

Tammy Marino, whose family has owned the Grandview Lanes bowling alley in Vancouver for 70 years, reacted to Tuesday’s news with one word: “Phew!”

Ms. Marino, vice-president of the non-profit trade association BowlBC, said roughly 20 of the province’s 61 bowling alleys were either sold or closed permanently during the pandemic or are now up for sale. She added that it was especially tough for her sector to navigate the rules, given bowling alleys fall under three different types of facility: sports, recreation and food and beverage.

Long-time restaurateur Eddy Geekiyanage said he would have likely closed his East Vancouver seafood restaurant, the Pink Peppercorn, for good next month if the order to continue offering only takeout meals had continued. Mr. Geekiyanage, who laid off eight staff members when the pandemic first hit more than a year ago, said he had to put up his family home as collateral for a bank loan that allowed his business to limp through the third wave of the pandemic.

“I didn’t complain to nobody because that money was enough for me to survive,” Mr. Geekiyanage said. “This year, I don’t have to pay my company tax because we are losing money big time – that’s the situation.”

But the situation began to improve as loyal customers began to book indoor reservations this past weekend in the hopes that restaurants would be reopened Tuesday, he said. With the updated regulations, calls have been flooding in for people eager to eat his medium-rare salmon in-person.

For the first time in a long time, Mr. Geekiyanage is hopeful for the future of his business.

“I can recover – I know that,” he said, before ending the phone interview to take more reservations. 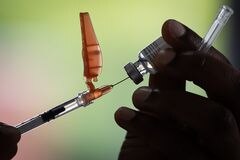 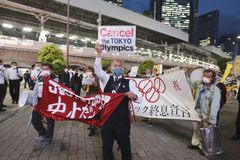 Opinion
Australia’s success at fighting COVID has closed it off from the world
May 24, 2021 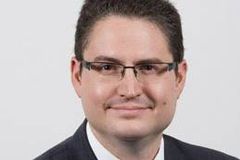