The virus entered Cottonwoods Care Centre in Kelowna, B.C., through a wing meant for short stays by people recovering from surgery. A week and a half later, 23 people have contracted the virus that causes COVID-19, including eight who had at least one dose of the vaccine.

Cottonwoods has the largest of three nursing home outbreaks in British Columbia, where these facilities have otherwise seen infections plummet since the province began vaccinating residents and staff in December.

The events at Cottonwoods underscore how the vaccines can’t eliminate outbreaks in long-term care homes, which have housed more than half of all the people killed by the virus in B.C. But the outbreak also shows they are making the virus less lethal – so far, no one at Cottonwoods has died or been hospitalized after getting COVID-19. And it serves as a cautionary tale of how important it is to encourage staff in such facilities to get the vaccine.

“We’re watching it, we certainly do want to see good, high levels of vaccination of staff in care homes – we would hopefully see well over 80 per cent,” said Isobel Mackenzie, B.C.’s Seniors Advocate, an independent watchdog who reports to the Health Ministry. “Clearly the vaccine has been effective because the dramatic drop in long-term care outbreaks – and cases – is not matched by a dramatic decrease of cases in the community.

“It’s not because we’ve just gotten rid of COVID, the vaccine is highly effective.”

After the virus entered Cottonwoods on March 7, mass testing revealed 23 people have contracted COVID-19 in the 221-bed facility owned and operated by the Interior Health authority. Variants of concern have not been discovered among these cases.

Many who tested positive were asymptomatic or only mildly sick, according to Ms. Mackenzie, who has been communicating with Interior Health. Some residents may have also been unable to verbalize that they were feeling sick, she added.

The authority said efforts are under way to bring more vaccine to staff: Only 65 per cent of workers got jabbed at previous pop-up clinics in the facility in January and February. That’s well below B.C.’s average immunization rate of more than 90 per cent for residents and nursing home employees in the sector.

Public-health and union officials have blamed a combination of factors leading to so few staff at Cottonwoods getting a dose of the vaccine, including poor communication about the timing of previous immunization clinics.

“Long-term care homes staff were people who were first in line for vaccine and many had concerns. They had legitimate questions about these new vaccines and we are now addressing them,” Dr. Henry said during a pandemic news briefing. “We now know that many more of us have had the vaccine and that it is safe. There are many questions that are circulating that we’re addressing every day.”

Ms. Mackenzie, who worked in the sector before taking on her current role, said staff at the facility had previously embraced seasonal flu vaccination campaigns, so she doesn’t chalk the hesitancy up to a vaccine-hesitancy workplace culture.

Instead, she said care aides and other long-term care staff were some of the very first people in the province offered vaccines at a time when the science behind their efficacy was still rapidly evolving. Some likely were weighing such questions as “how will this affect me if I’m pregnant or breastfeeding?” she said.

Interior Health was at Cottonwoods last week offering more vaccine to staff, according to the Hospital Employees’ Union, which represents about 350 workers there. Mike Old, a spokesperson with the union, said he expected staff to be “lined up” for doses, but the union could not provide any information on how many more people decided to get jabbed for the first time.

Still, Mr. Old said workers can safely work at the facility, even without being vaccinated, given the personal protective equipment they use and the rules they follow. The facility and others in the sector can’t afford to keep anyone from clocking in given the “very, very serious shortage of care staff,” he said.

Widespread vaccination among the care home’s residents – 82 per cent of them – helped mute the impact of the outbreak. Eight of the people now infected with the virus had at least one vaccine dose.

Dr. Henry said the outbreak reinforces the science proven in other settings: Vaccines can’t always stop people from contracting the virus but they can prevent more severe or fatal cases of COVID-19.

“The illness seems to be milder and doesn’t transmit as much [and we] won’t see rapid explosive outbreaks,” Dr. Henry said.

Interior Health’s chief medical health officer, Albert de Villiers, told reporters at a recent briefing that some of the sick residents likely arrived at the centre for a short stint recuperating from surgery without having been vaccinated. And, Dr. de Villiers said, some of the residents with the virus could have received a dose only recently and not had enough time to build full immunity.

The authority is still investigating how the virus entered the facility on March 7. 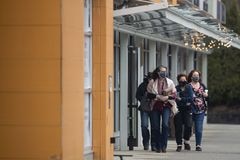 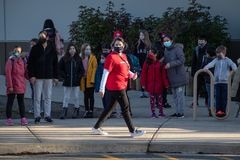 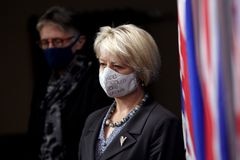