In Toronto, the heat is on. And it will be back.

This week’s arrival of the heat dome system, which punished the West Coast and burned Lytton, B.C., is not an aberration. The city, historically temperate, is being reshaped by climate change. The future will bring more frequent and more punishing heat.

And we are not prepared.

Local politics in the Greater Toronto and Hamilton Area treat extreme heat as an occasional issue. But within a generation Toronto will likely be a much hotter place. A 2012 study by consultants for the City of Toronto made stark predictions. Between 2000 and 2009 the city’s temperature topped 30 degrees for an average of 20 days each summer. After 2040, that number is projected to be 66 – more than triple. The maximum temperature in the 2000s averaged around 37 degrees; between 2040 and 2050 it will be 44 degrees.

These are dramatic numbers, and more current climate-change models mean the news is likely even worse. The upshot is that the Toronto of 2050 might feel like the Washington of today.

“We needed to be worried about heat long before the heat dome,” says Elliott Cappell, who was the City of Toronto’s chief resilience officer from 2017 to 2019. “Extreme heat is a silent killer.”

This is critical information, and yet it’s not much present in the political discourse at Toronto City Hall, or at Queen’s Park.

‘Hanging on by a thread’: Canadian farmers hope for rain as canola and wheat wither

Mr. Cappell is an expert on resilience, a society’s ability to deal with adverse events, particularly the effects of climate change. While at the City of Toronto, he oversaw the city’s first resilience strategy.

That 2019 document identified a serious threat within the city’s aging slab apartment blocks. More than 700,000 Torontonians live in towers more than 35 years old. Many are poorly insulated; most lack air conditioning. “Those buildings are hottest on the hottest days, so there’s a risk of exposure,” says Mr. Cappell, now director of climate change at the consultancy WSP Canada. “They also tend to be populated by vulnerable people: older people living alone, new Canadians, people who face social and economic barriers. This is an extreme risk.”

What’s happened since 2019? Not a lot. The Tower Renewal idea has generated fewer than two dozen renovation projects in total.

The office of City Councillor Josh Matlow has done outreach to apartment dwellers in his North Toronto ward, and helped create a pilot program to ensure vulnerable residents are checked on during a heatwave. He has also been pushing for tighter regulations on landlords. “Toronto needs a maximum temperature by-law,” he says, “and we all need to put our heads together to ensure that the energy required is green and the retrofit costs aren’t passed on to renters.”

And yet, to date, Toronto has focused on fighting climate change (by reducing greenhouse gas emissions) rather than on dealing with its immediate effects.

To be sure, the city’s government is trying to work on resilience. The current effects of climate change “are central to the work we are doing in planning,” says Jane Welch, acting manager of policy at city planning’s strategic initiatives office. A new Toronto Green Standard goes to city council next week; this regulates the energy performance of new buildings and reduces carbon emissions. But only one of its three metrics deals directly with making buildings better insulated and more comfortable.

Another policy at Toronto city council this month would boost tower retrofit efforts, with $13-million from the Federation of Canadian Municipalities. But that’s a drop in the bucket.

There are many tools that could make Toronto, or any big city, more resilient in the heat. Some involve buildings. Others involve trees and green infrastructure – changing paved streetscapes and their medians into gardens. These stay cooler than concrete, and can also absorb stormwater, averting floods.

And then there is the theme of social infrastructure: public places for gathering, getting out of the weather, and connecting with social services. Libraries already fill this role in Toronto.

We need more of this, all of it, urgently. Too often, policies tied to climate change are politicized and undermined by conservatives. Some may see climate change itself as somebody else’s problem, not a Canadian issue or a Toronto issue. But it’s here – even in the summer – and it’s not going away. 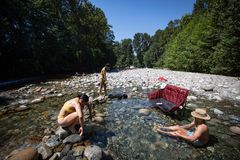 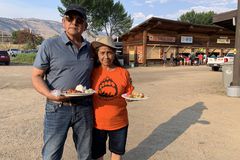 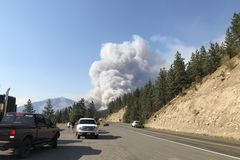