Toronto discovered some hidden treasure this week: 520 acres of land in Downsview, next to four mass-transit stations that could help absorb the city’s rapid growth.

But, remarkably, not everybody is happy about it. Local city councillor James Pasternak is raising concerns about whether a redevelopment of the site – which is important for the city – would be too much for Downsview.

Northcrest Developments, a subsidiary of the federal public-sector pension fund, and Canada Lands Corp. told The Globe and Mail they were teaming up to re-envisage their land at the former Downsview airport. This includes 370 acres, most of it empty, that now houses Bombardier Aerospace.

The developers have hired excellent designers and planners, led by the Danish firm Henning Larsen, and they want to build a district that mixes jobs, housing (including affordable housing), retail and recreation.

This sounds ideal. That mix is what planners call a “complete community," a basic objective of Toronto’s official plan.

So what’s the problem? The usual politics of development in Toronto, a city that has outdated planning policies and a general suspicion of the real estate industry – yet, also, a huge and growing shortage of housing.

The Downsview redevelopment would require changing zoning from “employment lands,” a category meant to make room for industry. Where you have these, you can’t have housing.

Mr. Pasternak is not pleased at the prospect of such a change. “The community doesn’t support residential intensification,” the councillor said by e-mail this week. “This is still an operating employment zone with aircraft manufacturing as its key industry.” He was referring to Bombardier, which makes planes here, but is committed to move out by 2023.

And after that? Other neighbourhood developments “are in process now,” he said. “We should make sure these are done right and in a respectful way to the local community before taking on any more. Our plates are full.”

In other words, the area can’t take more development.

That’s a remarkable assertion. Downsview is an aging and thinly populated neighbourhood. And population in Mr. Pasternak’s wider ward grew by just 5.7 per cent between 2011 and 2016; the downtown Ward 10 grew by 40 per cent in that time frame, and is still growing fast.

Toronto will add about a million people in the next generation. They have to live and work somewhere. The Downsview lands offer one such place – and a tremendous opportunity to build a 21st-century urban district, bordering three subway stations and a GO Transit station.

Went to see the Bombardier lands in Downsview. An incredible amount of empty space here.

The promise of mixed uses is important. If you have housing, jobs, retail and services in the same neighbourhood, people can live their entire lives there. In Paris, the city’s mayor aims to create a 15-minute city, a place where everything you need from day to day is available within a quarter-hour walk from home. Vancouver is chasing the same thing. The benefits are many: building community, getting people out of cars and – especially in North America – reducing greenhouse gas emissions.

If a vast area is employment lands, none of those goals can be achieved.

Does this mean all employment lands zoning should disappear? No. Toronto will always need some manufacturing. But not enough, in one place, to fill a gigantic site such as Downsview.

“I don’t know what kinds of jobs you would attract to fill 500 acres if nobody lives there,” said Ken Greenberg, a prominent planner who is now advising Northcrest. “We’ve learned – not just in Toronto – that today’s jobs want to be in a mixed, synergistic environment.”

That environment doesn’t exist here yet. Canada Lands, a Crown corporation charged with managing the former military base, has done a mediocre job so far. They’ve alienated some neighbours in the process.

Downsview Park is underwhelming; the design vision by Bruce Mau and OMA that won a global competition in 2000 has been watered down. Canada Lands has built big boxes and the Stanley Greene Neighbourhood on the edge of the park; the latter is a car-dominated enclave without even a place to buy milk.

That’s no way to build a city. A new Downsview, well-planned and appropriately mixed up, is the place to think bigger. 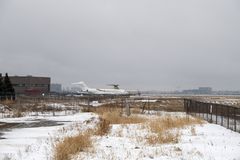 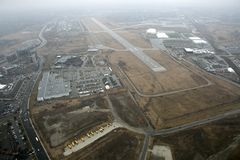 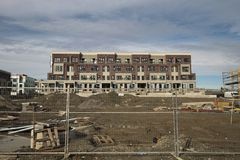