Rebecca Bligh knows her proposal for Vancouver to support the sale of low-priced cannabis in the Downtown Eastside to help people break free of opioids is not based on rock-solid science.

But the municipal politician says the overdose crisis in the historic heart of the city is so dire that it is worth pursuing, based on emerging evidence that the substance with no known fatal dose could be a substitute for those addicted to deadly drugs.

The local health authority, which is in charge of the regional response to the overdose crisis, opposes the idea, and the provincial ministry of public safety, which is overseeing legalization of cannabis in British Columbia, has been non-committal.

No matter. Next week, council is to debate Ms. Bligh’s motion, which asks city staff to recommend ways to end zoning rules that heavily restrict marijuana shops in the neighbourhood. That way, a handful of the existing illicit stores may be able to transition to the licensed marketplace and keep selling in the area.

But even if that happens, the prices at these stores could become too high for many of the neighbourhood’s low-income residents. The FARM store in the heart of the Downtown Eastside, for example, was recently offering prerolled joints for $3 and grams of flower for $5, while the cheapest offerings at City Cannabis Co., the closest provincially licensed outlet to the Robson Street shopping district, were triple and double that, respectively.

At the provincial government’s online store, the lowest-priced prerolled joint costs about $5, and the most competitive price for a gram is $7, but the shipping fee for each order is $8.

That disparity is why Ms. Bligh is offering a second option. Her motion also asks staff to propose a research-based project that would allow a non-profit entity to supply subsidized legal cannabis to users of opioids and other hard drugs to determine whether it helps them slow or stop using the potentially lethal substances.

“I don’t think we can make it worse right now,” Ms. Bligh told The Globe and Mail recently. “Frontline workers that have reached out, people I’ve never spoken to before, are sharing with me their experiences and how important this is, how great the need is.”

Patricia Daly, the chief medical health officer at Vancouver Coastal Health (VCH), has said her organization doesn’t support the initiative because it “could prove harmful to public health.” She said more research is needed on whether cannabis can be an effective substitute for opioids and other hard drugs.

In a letter to the mayor and council opposing the motion, Dr. Daly “strongly cautioned” against commercial cannabis shops “delivering harm-reduction services or medical interventions in the complex arena of substance use.”

She also disagreed with any move to relax zoning in the neighbourhood, saying that, as with alcohol and tobacco, increased access could lead to increased harm. Cannabis has been linked to mental-health problems, she wrote, and a 2013-2016 VCH survey found residents of the Downtown Eastside reported the second-highest rates of mood or anxiety disorders and the lowest rates of excellent or very good mental health of all the neighbourhoods in the city.

Asked about the motion, the B.C. Ministry of Public Safety said it would need to see a formal proposal before commenting.

Former Vancouver Park Board chair Sarah Blyth launched the program in late 2016, shortly after she opened an overdose prevention site in the Downtown Eastside. Ms. Blyth had seen emerging research on the potential benefits of cannabis in treating opioid use disorder, and heard from peers that it helped.

Ms. Blyth wanted to offer the drug as an alternative to those who came to her site to inject harder substances. She got donations of edibles, dried buds and tinctures from local illicit dispensaries. Her staff set up a table and offered the products to clients by donation. But like the overdose prevention site, High Hopes operated outside the law.

“We got a lot of people who were [on opioid replacement therapy] and were having a hard time with withdrawal symptoms, who were using cannabis for that.”

High Hopes operated quietly, on a small scale, until police seized the display and threatened Ms. Blyth with arrest. She said she would like to restart the program, but only if she can find a legal way.

Scientists at the government-funded B.C. Centre on Substance Use (BCCSU), an agency deeply involved in tracking the harms of and potential solutions to the overdose crisis, support Ms. Bligh’s motion.

BCCSU epidemiologist M-J Milloy said new research suggests people are using cannabis to reduce the damage from opioid use, and evidence from the United States shows that jurisdictions with a medical cannabis system have lower rates of opioid overdose, opioid prescriptions and dispensations, and hospital admissions.

“There is good preliminary evidence that cannabis might be an effective harm-reduction strategy for people at risk of overdose,” said Dr. Milloy, who is also an assistant professor in the department of medicine at the University of B.C. and, as of January, the university’s first Canopy Growth Professor of Cannabis Science, a position created with arm’s length funding from the cannabis producer Canopy Growth Corp. and the B.C. government.

“However, there are important questions still to be answered; in particular, what the risks of that approach might be and how we might optimize the benefits of cannabis, if there are any, for people living at risk of [overdose].”

A study from Dr. Milloy and a team of BCCSU scientists last year found that consuming cannabis every day could delay at-risk youth from moving on to injecting more dangerous drugs, casting doubt upon the age-old assumption that marijuana acts as a gateway for teens to try other substances that are more harmful. Researchers interviewed and tracked 481 homeless young people in Vancouver’s downtown core over a decade and found a decrease of 34 per cent in the rate participants who used cannabis daily injected drugs for the first time compared to those who did not use marijuana each day.

Research has also shown a potential role for cannabis in treating opioid use disorder. A study from the Icahn School of Medicine at Mount Sinai, published May 21 in the American Journal of Psychiatry, found that cannabidiol reduced craving and anxiety in individuals with a history of heroin use when compared to those given a placebo.

And a BCCSU paper published last September found that people who were on treatment – primarily methadone – for opioid use disorder were 21 per cent more likely to be still with it six months later if they were using cannabis at least once a day.

'Without cannabis, I wouldn’t be here’

Melanie Pratt began injecting heroin at age 38 in an effort to deal with the trauma of losing both her parents. Within four years, she developed an infection in her left arm and was in hospital for several months, facing the possibility of an amputation.

“The surgeon said to me: ‘Do you realize how sick you are? If you continue to do this, you’re going to die doing it, or you’re going to do it with one arm,’” Ms. Pratt recalled in an interview. She was terrified.

She began treatment with methadone, and says cannabis mitigated the worst of her withdrawal symptoms.

“When you’re starting to feel sick, you get really emotional because your body is reacting badly to the withdrawal,” she said. “What [cannabis] does is it takes that negative brain wave and makes it more neutral, so that you can function. It takes away the nasty mood swings that come with withdrawal, it helps slow down the weepy eyes, the leaky nose, the diarrhea, the vomiting – all that nasty stuff that comes with withdrawal.”

Ms. Pratt says she phased out methadone two years ago and has not used illicit opioids since.

“Without cannabis, I wouldn’t be here now," she said. "I would be dead. I know that for a fact.” 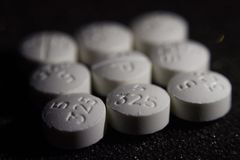