The former chief executive officer of CannTrust Holdings Inc. warned in a letter to the chairman of the board in December, 2018, that corporate governance problems and second-guessing from board members were undermining his authority.

The letter from then-CEO Peter Aceto to then-chairman Eric Paul, dated Dec. 31, 2018, was sent at a time the company was growing thousands of cannabis plants in unlicensed rooms. It said: “Management often receives conflicting instructions from board members. It is often unclear when and which board members need to be involved in decision-making, and when decisions are made, they are often second-guessed."

The letter, which has been seen by The Globe and Mail, was sent three months after CannTrust began growing cannabis in unlicensed parts of its facility in Pelham, Ont., and three months after Mr. Aceto, the former CEO of Tangerine Bank, replaced Mr. Paul as CEO of CannTrust. It does not mention the illegal growing.

Mr. Aceto was fired “with cause” and Mr. Paul was forced to resign from the board two weeks ago amid a continuing Health Canada investigation that has opened the possibility of CannTrust losing its licence to grow cannabis. The Ontario Securities Commission is also investigating the company.

Questions about who wielded authority at the Ontario cannabis producer in the six-month period when the company was growing illegally are likely to form the basis of any wrongful dismissal claims, and could play a part in any class-action lawsuits against CannTrust and its officials.

Internal CannTrust correspondence shows that Mr. Aceto and Mr. Paul were informed about the illegal growing activity in the Pelham facility as early as Nov. 16, 2018.

When asked on Friday about the letter and about whether he had done anything to stop the unlicensed growing, Mr. Aceto responded in a written statement: “I did act. But again, this is not the proper forum to discuss details.

“The bottom line is this: I knew what needed to be done to fix this company, but the lack of governance and proper executive decision-making authority was extremely concerning to me,” Mr. Aceto said, in his first public comments since he was fired on June 26.

"What I can tell you today was I felt very strongly that an almost complete lack of governance was at the root of this, which is why I brought it to the attention of the board in this formal manner,” Mr. Aceto said when asked who on the board knew about the illegal activity.

Mr. Paul declined to comment when reached by phone, citing the investigations.

CannTrust spokeswoman Jane Shapiro said in an e-mail that the board had not seen the letter.

In an interview last week, CannTrust’s interim CEO Robert Marcovitch, who was on the board at the time of the unlicensed growing, said he was not aware of the illegal activity.

Arguments about authority will likely come into play should Mr. Aceto challenge his former employer’s decision to fire him “with cause.”

In the December letter, Mr. Aceto wrote: “It is very difficult for management to confidently devise, adapt and execute strategy, build a confident high-performing team and to make the daily decisions that need to be made for the business to succeed.

“In order for CannTrust to meet or exceed its potential and for the CEO to be afforded the opportunity to be successful within the mandate provided, these governance issues will need to be resolved. I fear that the performance of management and my performance as the CEO in particular, cannot be properly measured or evaluated with the current lack of a clear governance framework,” he wrote.

The illegal activity continued until April, 2019, when Health Canada licensed the five rooms. Federal regulators opened an investigation into the unlicensed growing in June, 2019, after receiving a tip from a former employee. 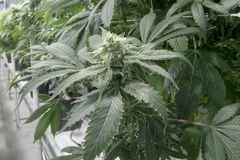 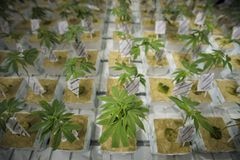