Until March, 2020, business was steady for Reclaim Urban Farm Inc., a certified organic garden and indoor farm in Pigeon Lake, Alta. When the owners weren’t busy selling direct to local restaurants, they supplied produce to the Organic Box, a 10-year-old Edmonton-based organic grocery delivery company that services cities across the province.

Then the COVID-19 pandemic hit – and Reclaim’s restaurant orders tanked, along with the majority of its wintertime income.

But rather than stick to its usual offerings of wholesale herbs, kale and greens for the Organic Box, co-owner Ryan Mason says his small company needed to pivot and make up for weeks of non-existent restaurant sales and lacklustre farmers’ market attendance during the pandemic.

The solution? Grow and sell organic flowers through the Organic Box.

“I think everyone appreciates a little extra beauty these days,” says Mr. Mason, whose wife, Brittany, arranges bouquets for customers.

When he first approached the Organic Box with the idea, he wasn’t sure how many people would be interested in adding bouquets of sunflowers, marigolds, snapdragons, herbs and flowering vegetables to their order. He proposed starting small and creating 30 bouquets in mid-July.

But he needn’t have worried. The Organic Box oversold the product almost immediately, selling 52 flower bunches the first night. Some clients would have to wait another week to receive their bouquet. Reclaim is now creating 50 a week, a comfortable number that doesn’t require hiring a second florist or using less than stellar blooms.

Partnering with the grocery delivery service was a no-brainer. Unlike most businesses during the lockdown phase, the Organic Box’s business was booming. Within weeks of the province’s lockdown, new customers started turning to online grocery shopping. It didn’t hurt that the company also stocks essentials other than organic fruit and vegetables: eggs, bread, pantry staples, cleaning supplies – and yes, white gold: Toilet paper.

Orders doubled and so did the company’s work force. At the peak, 2,015 households received orders each week. To keep up with increased demand, the Organic Box had to respond quickly or risk turning new customers away. It rented trucks to supplement its own private fleet. Everyone put in long hours, often packing boxes of food well into the night, says Sarah Hoyles, the company’s marketing manager who was hired in May, just as orders started to level off.

“It was business as usual – times a thousand,” she says of the time.

Although she is hesitant to say the pandemic has had a positive effect on the company, which now employs 186 people, the bump in sales and brand awareness has been a silver lining during a challenging time. Not only could the Organic Box give more Albertans jobs during its boom, Ms. Hoyles says, more customers and orders meant more money for its suppliers – including its many local organic farmers and producers.

Their success, she explains, is everyone’s success.

“It’s been really exciting to be able to provide that support to our communities,” Ms. Hoyles says of the increased orders. “We know that when we support locally, that money stays within our economy and it helps other organizations thrive.”

Mr. Mason’s company has been helped by that success, and he says he’s considering planting more flowers next year. But that isn’t all he has learned from the pandemic’s first wave, lessons that could help the company stay afloat if second or third waves hit. He says he’s learned how important it is to communicate with the public about what products Reclaim supplies and how to order from them. Today, the website offers easy ordering of Community Supported Agriculture boxes. There’s also a streamlined online shop with no delivery fee for local orders over $30. He’s also prepared to work more closely with online retailers such as the Organic Box to reach more people.

As a smaller, flexible enterprise, the Organic Box is prepared to take what it has learned from the pandemic’s early days and make tweaks if there’s a second lockdown as well. That means communicating with apartment-bound clients through text when food boxes are left in lobbies in order to keep drivers safe. It means preparing to rent vans again, too.

“We need to be agile and respond to how this evolves. It might mean longer hours and late nights,” Ms. Hoyles says. “But our team is willing. We’ve done it once, so we’re ready.” 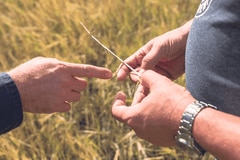 A decade of growth and dedication to increasing access to organic food
September 3, 2020 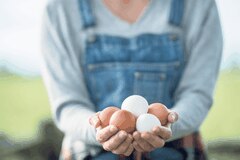 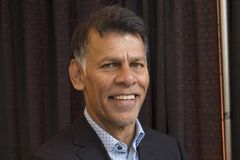