A few years after retiring from the national team in 1998, the Alberta-born athlete-turned-developer says he began using a set of 44 attributes to find a prime location to build “a resort where my parents could retire and enjoy their golden years, and that I could visit with my family and live my best life, too.”

While some of Mr. Mullen’s criteria were technical – rainfall patterns, ocean temperatures and the like – it was the less-travelled nature of Mexico’s Puerto Escondido that sealed the deal. “People walk up to the beach and they look way to the left and way to the right, and they say, ‘I can’t believe there are still places like this,’” Mr. Mullen, 49, says of Vivo Resorts’s solitary setting on the Pacific Ocean.

‘Don’t mess with the IRS’: The snowbird’s guide to foreign ownership, health care and U.S. taxation

Long popular with adventurous expat surfers, the community, which lies 250 kilometres south of Oaxaca, is a prime example of lesser-known destinations that are becoming popular with affluent snowbirds.

“A lot of places that were tried and true are now overrun,” says Jill Wykes, editor of SnowbirdAdvisor.ca, herself a regular fugitive of Canada’s winter cold. “Today’s snowbirds are well-travelled people who are not at all fazed by going to Central America, South America or even Asian countries for extended stays in the winter. There’s less of a fear factor than there might have been at one time.”

While favourable exchange rates and lower costs of living draw budget-minded snowbirds to these locales, the emergence of high-end accommodations, fine dining and other trappings of upscale travel are attracting well-heeled winter visitors, too.

“These lesser-known and exotic destinations hold a lot of appeal for the wealthy, provided all the right luxuries are in place,” Ms. Wykes says.

That isn’t a problem in the snowbird destinations that follow, where opulence meets the exclusivity and excitement borne of being under the radar.

Nine years after construction began on Mr. Mullen’s ideal venue, the luxurious gated community he founded is thriving. Set on 800 metres of beachfront about 10 kilometres west of Puerto Escondido – fittingly, the town’s name means “hidden port” in English – Vivo Resorts is now home to 10 private residences and 110 condominiums (104 and 400 additional units of each are planned). Condo prices start at US$219,000 for a 1-bedroom unit. A 53,000-square-foot central clubhouse was added in 2017, bringing amenities such as a day spa, a fitness facility with panoramic ocean views, a fine-dining restaurant and sports bar, tennis courts and an expansive event space to the 30-hectare property.

The peaceful, undiscovered vibe of Puerto Escondido, which is home to 45,000 people, stems from a longstanding lack of transportation infrastructure, Mr. Mullen explains. But with the Mexican government allocating more than US$125-million to road development in the state, that seems to be changing. Add a new hospital, impeccable weather and world-famous Oaxacan cuisine to the mix, and it’s no wonder passenger traffic through the town’s small airport jumped nearly 20 per cent in 2018 from 2017.

“Average daily temperatures are in the 80s [26 to 31 degrees Celsius] every day of the year here, it’s a low-risk hurricane zone, and the water temps are warmer than in the Caribbean,” Mr. Mullen says. “Right now we’re in a sweet spot where amenities and infrastructure are growing, but development isn’t taking over. This is a place that’s burgeoning, a place where people of all ages can just enjoy life.”

Privacy is key to wealthier snowbirds, who “tend to prefer to rent or buy a villa with staff rather than stay at a resort,” says Ms. Wykes of Snowbirdadvisor.ca. “There’s a lot of appeal to privacy, and with means you can buy privacy.”

Private staffed villas will be front and centre at the new Four Seasons Resort and Residences Caye Chapel. Scheduled to open in 2021, the private-island project in the Caribbean Sea will offer about 50 private-estate lots and 35 private residences, each with its own beach. The resort will also be home to about 100 guest rooms and suites, including over-water bungalows.

Also planned for the 113-hectare Caye Chapel are an 18-hole golf course designed by Greg Norman, a Fabien Cousteau nature and conservation institute, a marina and a private airstrip for connecting flights from Belize City’s international airport, which is about to add non-stop WestJet flights from Calgary to existing direct service from Toronto.

This historic capital city is ideal for snowbirds seeking a mix of urban sophistication, sandy bliss and safety. After all, according to the United Nations Development Programme, Nicaragua has the lowest crime rate in Central America.

Scenically set on the shores of its namesake lake, Managua is home to striking colonial architecture and historic monuments, vibrant dining and nightlife, and buzzing markets selling everything from intricately decorated vases to the cheese-topped, onion-filled tortillas known as quesillos.

Steps away from all this action are stunning villas in quiet upscale neighbourhoods such as Villa Fontana Sur. The letter-shaped H House, for instance, was recently listed for US$1.25-million with Sotheby’s International Realty, three years after it became a Cemex Building Award finalist.

Another of Managua’s alluring attributes is its proximity to Nicaragua’s sandy Pacific coast. Several beach communities lie less than an hour’s drive west, with Playa Montelimar’s jaw-dropping addresses including Casa Teto, a 4,300-square-foot, three-bedroom villa listed by Sotheby’s for US$825,000.

At the other end of the snowbird spectrum are the scores of North American ski resorts that welcome wintering guests seeking snow instead of sand and gondolas instead of golf carts. These affluent snowbirds are in the minority – “most people want to get away from the snow and cold,” Ms. Wykes says – but they are clearly committed to their active alpine lives.

Silver Star Mountain Resort, for example, hosts an event called Over the Hill Downhill. Now in its 38th year, it pits solo skiers and quartets against each other, and most of the 100-plus competitors are retirees.

Silver Star caters to older guests with a $289.50 “Young at Heart” season pass that includes downhill and cross-country skiing, with the latter taking place on one of the largest trail networks in Canada that’s groomed daily. Other outdoor activities on the pass include snowshoeing, skating and fat biking (with oversized tires).

Too few investors are looking beyond stocks and bonds, wealth advisor says
February 20, 2019 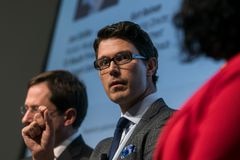 For Canada’s luxury property markets, the worst seems to be over
February 8, 2019 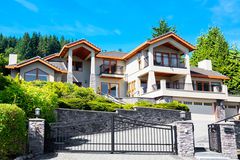 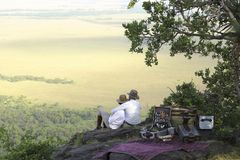 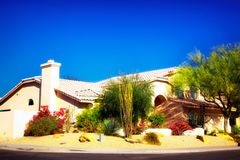 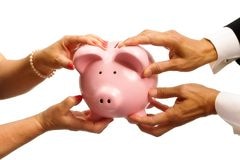 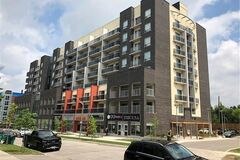 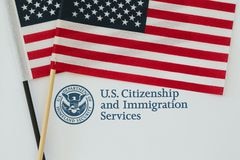