There is something faintly humorous about bitcoin’s attempts to position itself as an upright citizen of the monetary world.

The main problem is that nobody really believes that is the case. Consider, for instance, how the digital token fell on Monday after the U.S. Justice Department announced it had recovered most of the bitcoin ransom Colonial Pipeline Co., operator of the largest U.S. oil pipeline, had paid to criminals who hacked into its computer system.

Bitcoin’s price plummeted on the announcement, offering a frank read on the large amount of the token’s appeal that is tied up with its potential for crime.

Think about it: If bitcoin really were a well-functioning system for conducting above-board transactions, the Justice Department’s announcement should have had no effect on its price.

Instead, the possibility that authorities might have found some ingenious new way to grab back money from cyber crooks rattled nerves and sent significant numbers of bitcoin holders scurrying for the door.

To be sure, bitcoin has recovered most of its losses since then. But that is not exactly proof of innocence. The simplest explanation is that crypto aficionados have been reassured by the emerging details of the bitcoin seizure.

Security experts say it is unlikely U.S. regulators have found a backdoor into the bitcoin encryption protocol. More likely the hackers made a “rookie mistake” in deciding how to secure their loot, said Nick Neuman, chief executive officer of bitcoin storage firm Casa, in an interview with Vice.

If the criminals held their bitcoins in a hot wallet on a server physically located in the United States, the feds might have compelled whatever intermediaries were involved – hosting services, custodial services and cryptoexchanges – to hand over access to private keys. (Hot wallets are connected to the internet, which allows for easy transfers and trading).

If that is the case, future hackers won’t be so careless and bitcoin’s criminal appeal remains undimmed. For hackers, this would be a welcome development.

It would also be good news for bitcoin investors, because it would suggest the most obvious use case for the digital currency remains intact. While bitcoin has struggled to find legitimate uses, it has shone as a way for hackers to extract money from their prey.

For now, anyway. The regulatory backlash against bitcoin in particular and crypto in general is gathering force, in large part because of how hackers are using the digital tokens to facilitate ransomware attacks on major targets. The assault on Colonial disrupted oil deliveries across the U.S. East Coast last month.

China has taken the strongest regulatory position, cracking down in recent weeks on bitcoin miners and cryptocurrency services in general. South Korea has also hardened its rules.

Meanwhile, the U.S. Treasury Department has warned about crypto’s use in tax evasion and said it will require cryptoexchanges and payment services to report any transfer of crypto assets with a fair market value of more than US$10,000.

The regulatory counterattack has knocked bitcoin down by more than 40 per cent from where it stood in April. But many investors still seem eager to buy into the flood of hype.

Many financial companies have unveiled new crypto offerings, from exchange-traded funds to crypto-based payment services. And El Salvador announced Tuesday it will become the first country to make bitcoin legal tender. Crypto enthusiasts were quick to hail the decision as a historic event that legitimizes bitcoin.

Reality may be a bit more complicated. For one thing, El Salvador is no model of outstanding monetary management. It effectively replaced its own currency with the U.S. dollar in 2001, and the greenback will continue to be the country’s primary currency.

El Salvador’s authoritarian president, Nayib Bukele, has also been eager to attract bitcoin miners to his country, and appears to hope his latest move will add to the lure. For now, though, the practical effect of the new law is unclear.

So what does bitcoin’s wild ride over the past few days demonstrate? One way to read it is as more evidence of the cryptocurrency’s shaky foundations. Investors should ask themselves whether they really want to hold an asset linked to ransomware attacks, one that is being cracked down on by major nations while promoted by tiny players such as El Salvador.

Money for life: The pros and cons of the Purpose Longevity Pension Fund
Subscriber content
June 7, 2021 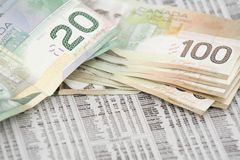 Investors should consider these two sectors for an inflationary environment
Subscriber content
May 31, 2021 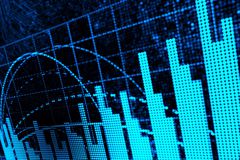 Bank of Canada has no plans for digital loonie, says deputy Timothy Lane
Subscriber content
May 26, 2021 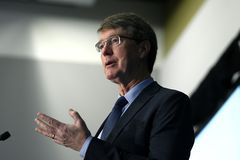