It’s been a rough year for Canadian dividend investors as the pandemic hit some high-yield sectors such as energy, commercial real estate and banks particularly hard.

But where there’s investor pain there’s also an opportunity to find future gains – and dividend-focused fund manager Michele Robitaille believes the broader energy space is one of those areas.

The managing director of Canadian equities at Guardian Capital LP, who manages about $1.5-billion in assets (the firm overall manages about $32.7-billion), believes high-quality companies in the energy, pipeline and utilities space are looking attractive these days.

“I’m not pounding the table saying ‘everyone needs to own energy,’ but if you look at where we are in the market and places where there are opportunities, I think there are some in energy.”

In addition to pure-play energy stocks, Ms. Robitaille has positions in renewables, with holdings in companies such as Brookfield Renewable Corp. and Northland Power Inc., as well as utilities, which she sees as a key part of the shift toward a low-carbon economy.

Her flagship Guardian Canadian Equity Income Fund, which includes about 23 per cent energy and 16 per cent utilities (financials are 30 per cent), fell 4.7 per cent, on a total return basis, over the past year as of Nov. 30. That compares with a 6.1-per-cent decline for the benchmark S&P/TSX Composite High Dividend Index on the same basis. The S&P/TSX Composite Index gained 4.3 per cent.

Below are three dividend-driven picks across the broader energy space that Ms. Robitaille believes are a good buy at this time. (Returns data as of Nov. 30. Performance is total return).

Suncor shares have been hammered so far this year and have disappointed investors over the past few years as a result of depressed energy prices. However, shorter-term, investors are feeling good betting on this stock and Ms. Robitaille sees more upside.

“As we get a more balanced view of energy and the role that fossil fuels will continue to play in the next couple of decades, I think you will continue to see a return of investor dollars to the traditional energy space and the primary beneficiaries will be names like Suncor,” she says.

The company is cost-competitive because of its “well-managed operating structure,” as well as its “long-life, low-decline, high-quality reserve base.” Suncor is also a leader in the energy sector when it comes to environmental, social and governance (ESG) performance, she says, “having focused on sustainability for decades, well before the current ESG-focused wave.”

One-year return: minus 13 per cent

Ms. Robitaille also likes its high dividend, which she believes is sustainable in the long term, as well as its strong balance sheet and debt-reduction strategy.

“It has a lot of headline news going against it,” she says, “but some of those things are starting to dissipate.” An example is its multibillion-dollar Line 3 crude oil pipeline replacement project, which recently received all of its permits to begin construction. The project, like many pipeline proposals, has faced controversy from environmental groups.

While pipeline companies have been under pressure owing to ESG concerns, Ms. Robitaille believes there are still many investors interested in the sector and she believes Enbridge is among the more diversified names. “It has deep experience in many sources of energy including wind, solar and other renewables,” she says.

While Fortis may be a “boring, old utility,” Ms. Robitaille says investors are attracted to its dividend. She also views the electric and gas utility, which operates in the United States, Canada and the Caribbean, as a safe and stable company that is expected to benefit from the transition to clean energy.

With about two-thirds of its business in the U.S., Ms. Robitaille believes Fortis will especially benefit from a Joe Biden administration’s focus on renewables, including a potential for grid expansion that ties in more wind and solar.

The company also has the potential to pass the costs related to these initiatives on in the form of increased rates, “which will support its annual targeted growth of 6 per cent for both its business and its dividend,” she says.

Overall, Ms. Robitaille believes utilities such as Fortis are well positioned to capture the increased amount of investor money that’s shifting from traditional energy into other, more environmentally friendly parts of the sector.

Gordon Pape: This balanced ETF is worth a look
Subscriber content
December 2, 2020

Market movers: Stocks that saw action on Wednesday - and why
Subscriber content
December 2, 2020 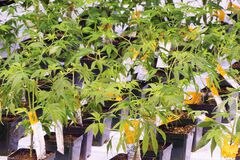