The onset of the COVID-19 pandemic this past March threw a wrench into the finely-tuned machine that puts food on the table of the Edgerton-McGhan home.

A lawyer and divorced mom of two grade-school children, Calgary resident Katrina Edgerton-McGhan says that “having to go home [after working all day] and make dinner was always a huge challenge.” About three years ago, she adopted online grocery ordering to ease the burden. 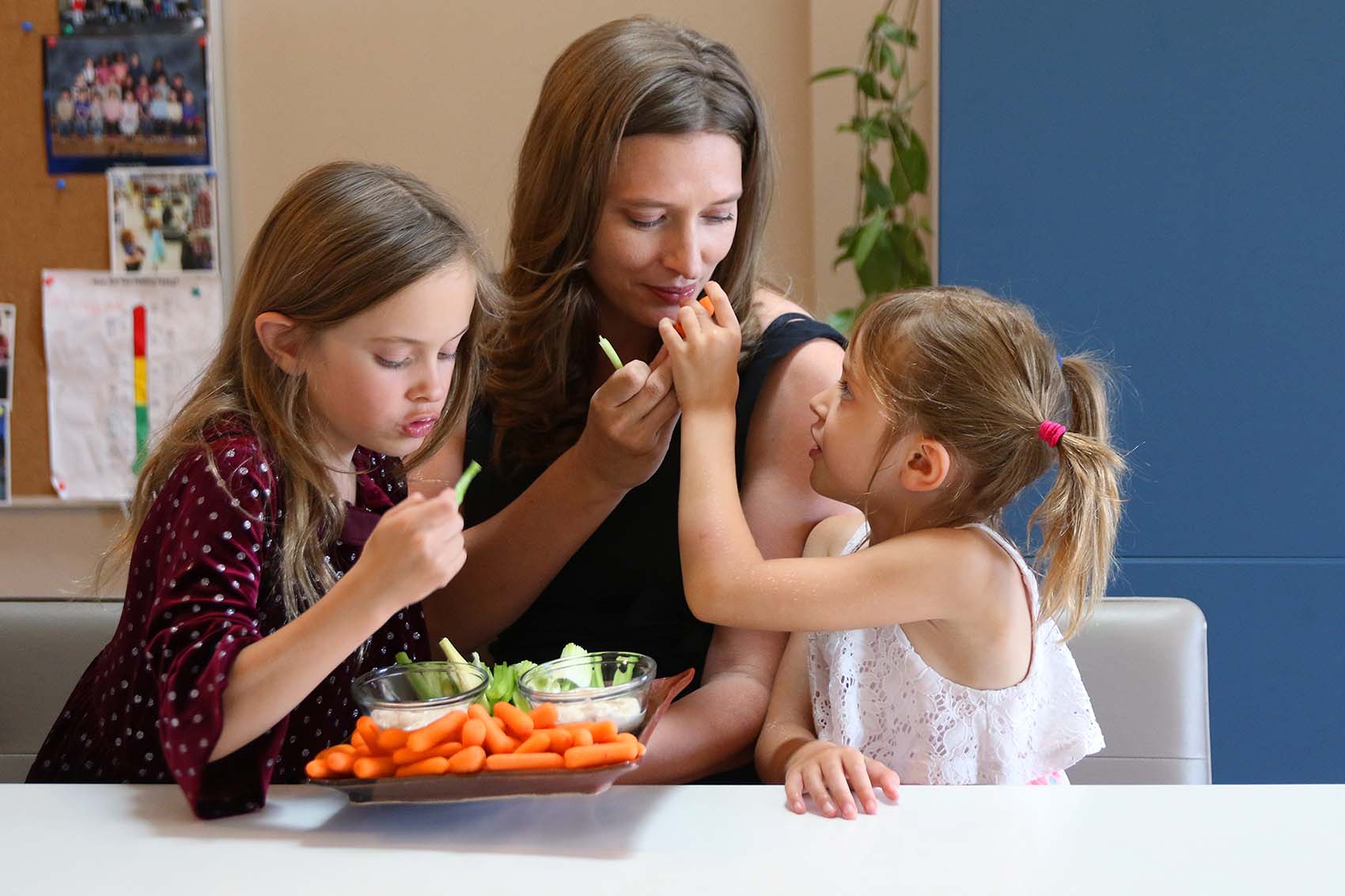 Delays in online grocery ordering due to COVID-19 made life more challenging for Calgary’s Katrina Edgerton-McGhan and her family.

DAVE CHIDLEY / THE GLOBE AND MAIL

Fears of infection in grocery stores prompted a huge surge of people using online ordering systems, and what was an easy process was now delayed – in a big way.

“Instead of delivery in two hours, it was nine days,” says Edgerton-McGhan, who lives in a condominium without much space for a big pantry.

“I was really worried about running out of groceries.”

It’s a story millions of Canadians can likely relate to as eating habits were thrown into chaos by the COVID-19 pandemic. Items we took for granted were suddenly sold out, line-ups were long outside of grocery stores and online ordering was delayed – if you could get a time slot at all. Restaurants were closed due to government-mandated lockdowns, forcing people to find new ways to feed themselves and their families.

In addition to making daily life much more complicated, these pandemic challenges have also had an impact on how we think about what we eat, says psychologist Dr. Barbel Knauper. 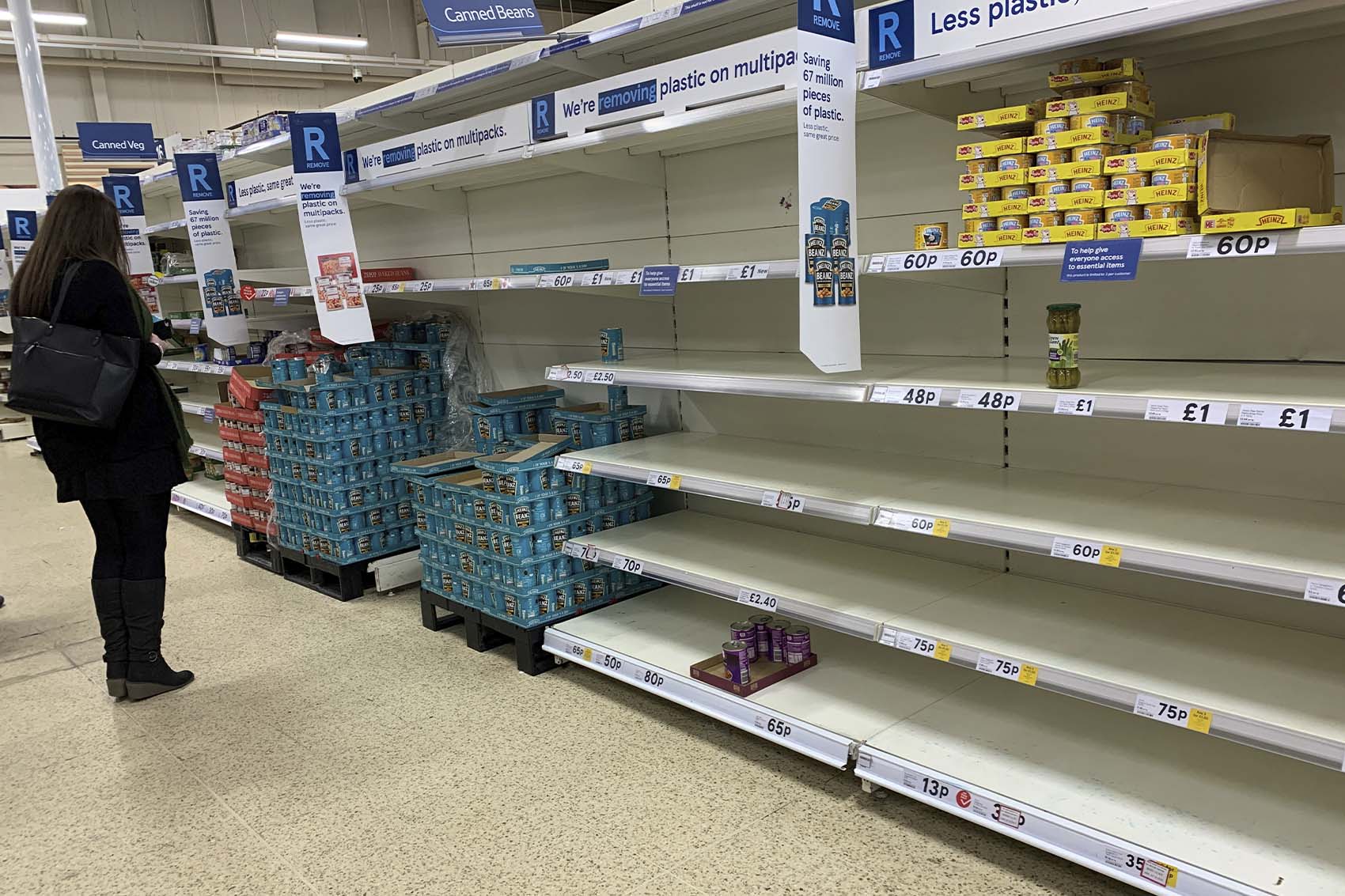 A woman looks at a pile of Baked Beans on a half empty food aisle inside a Tesco supermarket amid the coronavirus disease (COVID-19) outbreak in Manchester, Britain, March 21, 2020.

“Many people were home-bound [early on] and the pandemic led them to re-think their food habits,” says Dr. Knauper, an expert in food and health psychology at Montreal’s McGill University.

To offset the lack of restaurants and manage the fear of infection via take-out, people cooked and baked more at home. While cooking from scratch “tends to result in healthier eating,” Dr. Knauper says, the anxiety around the pandemic may have led people to make comfort foods that are higher in calories, sugar and fat.

“This probably has ebbed down a little as people feel more comfortable venturing to stores to buy their foods, but it might have translated into weight gain that might be difficult to revert down the road,” she says. In fact, Dr. Knauper’s department is currently researching whether the pandemic will lead to higher diabetes rates.

As vice-president of market strategy and understanding at Ipsos, Kathy Perrotta has been studying food consumption habits of Canadians for years. She say that how we eat “shifted on a dime with the lockdown.”

Before COVID-19, Canadians were increasingly relying on food services to the point where one in four meals involved a restaurant, Perrotta says. During the pandemic, however, the vast majority – 95 per cent – of meals were prepared at home. 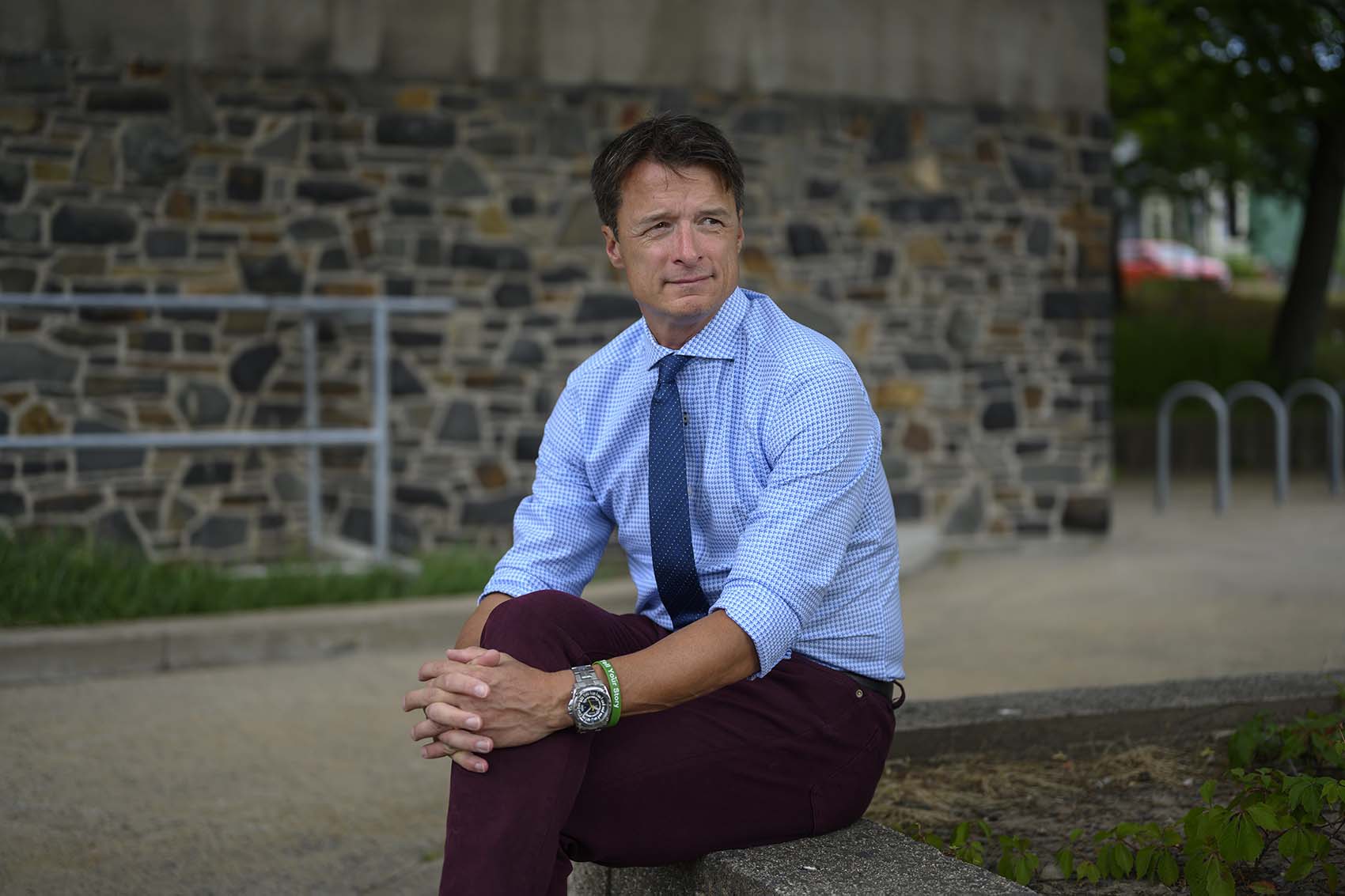 Dr. Sylvain Charlebois, senior director of the Agri-Food Analytics Lab at Dalhousie University in Halifax, says many Canadians have become focused on healthier eating since the pandemic began.

Darren Calabrese / THE GLOBE AND MAIL

Baking and scratch cooking increased by 40 per cent, she says. “People sitting down and eating together was the order of the day in those early weeks.” Single individuals even dined together virtually using apps like Zoom and Houseparty, she adds.

Ipsos research did find that these trends let up in May and June as lockdown restrictions eased. Convenience once again became a key driver of habits. But the pandemic did produce “clear winners” that are likely to persist, Perrotta says, including a preference for preparing and consuming more “nurturing and comforting” foods.

Many Canadians have become focused on healthier eating since the pandemic began, says Dr. Sylvain Charlebois, professor and senior director of the Agri-Food Analytics Lab at Dalhousie University in Halifax.

When faced with a virus they couldn’t control, “people wanted to take control over how they were eating,” he says, adding that restrictive diets like vegetarianism and veganism have been on the rise.

For example, the number of Canadians reporting being vegetarian rose from 1.5 per cent in February to 2.5 per cent in June, according to a Dalhousie survey. While that may seem insignificant, Dr. Charlebois notes “that’s like the city of Halifax deciding to forfeit meat in just four months.”

Seeing meat-packing plants across North America close due to COVID-19 outbreaks may have been one factor, Dr. Charlebois says, as well as instances of “milk-dumping” and animals being euthanized because of changes in demand. All of these factors made consumers more aware of the fragility of the food system.

Finances likely played a major role too, he says.

“You tend to be more frugal when you stay home, and frugality is meat’s worst enemy,” Dr. Charlebois says, noting prices for beef shot up more than 13 per cent in May alone.

Another trend has been a renewed interest in vegetable gardening. In March and April, Canadian companies that supply vegetable seeds said they could not keep up with the unprecedented demand for vegetables like carrots, corn, peas and tomatoes.

Although driven by a doomsday mentality in some cases, gardening can be “a nice diversion” in troubling times, says Dr. Jennifer Mills, an associate professor in the department of psychology at Toronto’s York University.

Growing your own food can also dovetail with a focus on healthier habits, she adds. 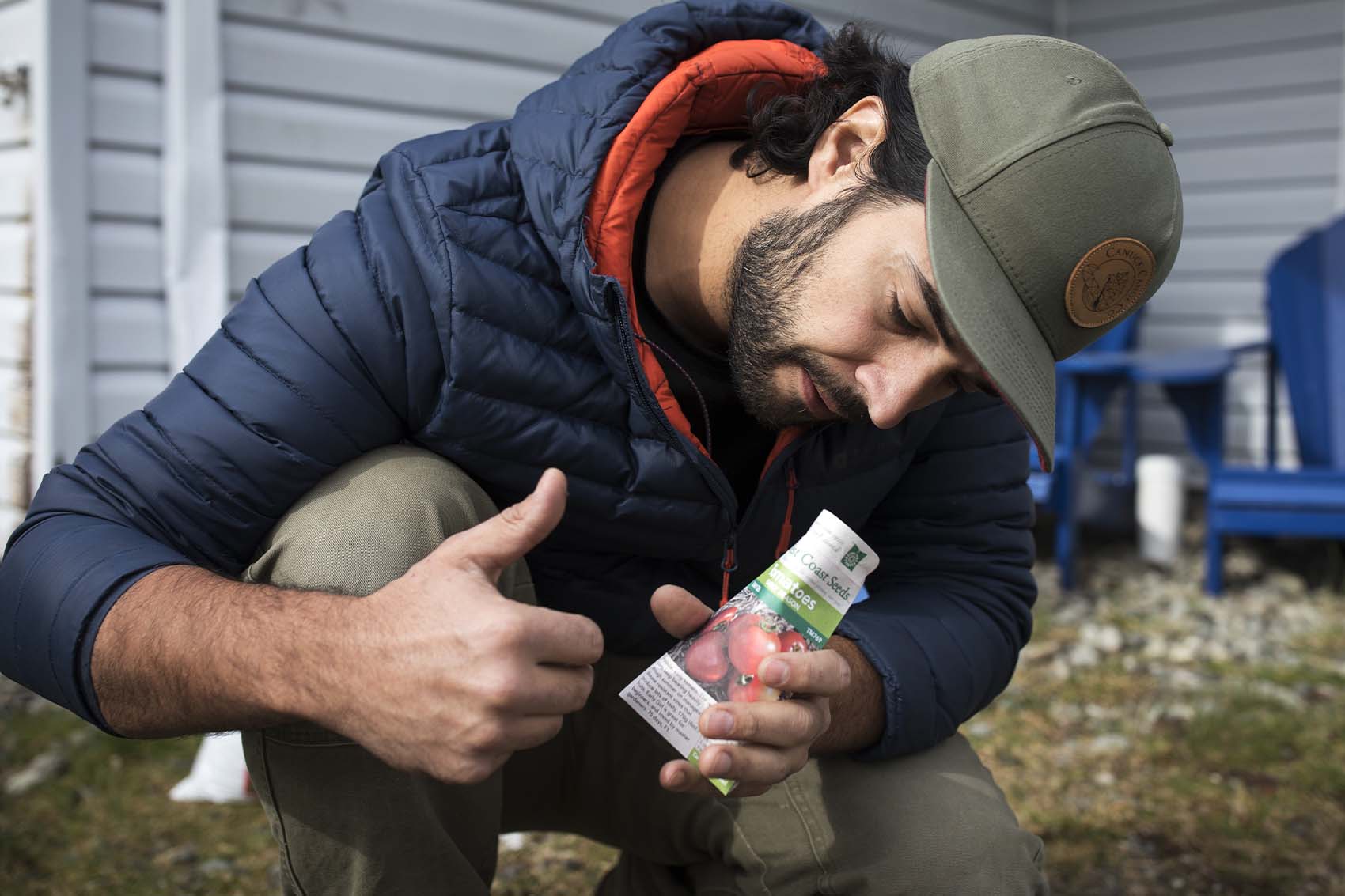 Thomas Trauttmansdorff begins his vegetable garden by planting seeds outside his home in Ucluelet, on Vancouver Island, on Tuesday, March 17, 2020.

MELISSA RENWICK / THE GLOBE AND MAIL

While usually a positive trend, Dr. Mills notes that an increased focus on healthy eating can be potentially troubling for individuals predisposed to disordered eating. Dr. Mills says she heard from patients with anorexia nervosa and other eating disorders that their symptoms flared up during the pandemic’s early days.

“For people prone to clinical eating disorders, that kind of health-driven behaviour can quickly spin out of control,” she says.

More broadly, many Canadians are now experiencing “mass habituation” in COVID-19′s wake, Dr. Mills says. In other words, we’re getting used to the way things are. People whose eating habits have been influenced by their perceptions of food safety – either real or imagined – are now unlikely to change despite what health officials may say.

“So if you’re not eating out in restaurants already, you aren’t likely going to rush to do that,” Dr. Mills says.

It remains to be seen whether new habits like cooking at home and eating together stick around, Dr. Knauper notes, especially as hectic work-life schedules resume.

“Probably, many discovered how labour-intensive these processes are … and are now happily buying their sourdough at the baker,” she says.

But whether new habits stick or not, Dr. Knauper believes there has been a significant mind-shift with respect to how we procure and consume food that could linger long after the pandemic is gone. Our experiences “probably left a mark with many,” she says.

That’s certainly been the case for Edgerton-McGhan, whose grocery and meal-time prep machine is running smoothly again. More than anything, the pandemic has given her a new appreciation for food.

“To have groceries suddenly on the brink of being unavailable makes you realize how [hundreds of] things in the world all have to go right just so your family is able to eat.”

Coronavirus information
The Zero Canada Project provides resources to help you manage your health, your finances and your family life as Canada reopens.
Visit the hub
Due to technical reasons, we have temporarily removed commenting from our articles. We hope to have this fixed soon. Thank you for your patience. If you are looking to give feedback on our new site, please send it along to feedback@globeandmail.com. If you want to write a letter to the editor, please forward to letters@globeandmail.com.
Comments are closed