It is comforting to know that psychoanalysts have contemplated beards. In the 1950s, British shrink Charles Berg wrote a book called The Unconscious Significance of Hair, in which he explained that hair on the face displaced the tension we feel about the other furry end of the body. He was Freudian in his approach and a believer in the Oedipal theory, which holds that sons want to seduce their mothers and dispose of their fathers. And because male puberty causes hair to grow on the chin at the same time as it emerges on that nether region, the connection, Berg conjectured, was clear: He figured that the sprouting of unruly beards is the equivalent of an erect penis, defiant and out there, so to speak, for all to see. Which in turn explains why men have felt the need to shave them off.

It's one theory, anyway. And the genital/facial-hair connection helps to explain the Movember campaign for prostate cancer, I suppose. As for Berg, it is entirely likely that he was stroking a beard when he pondered the issue. Don't all psychoanalysts and thinky types have them? And isn't that why some men, who wish to look mature, learned and authoritarian, sprout them?

Theories about beards are growing daily. Facial fur has made such a comeback that some men, according to a recent report in the New York Post, are resorting to facial-hair transplants (cost: $8,500 U.S.). Of course, some observers see the beard simply as a natural backswing to the recent metrosexual phase, which saw men wax and tan and primp as much as women. But others assign it more meaning.

"We are living in the hairiest time ever and the most permissive," explains Allan Peterkin, a Toronto-based psychiatrist and the author of One Thousand Beards: A Cultural History of Facial Hair. The last cultural instance of pervasive male hirsuteness was the Victorian era. Kings and leaders wore them, which influenced the male population. Now, celebrities with beards (George Clooney, Ryan Gosling, Daniel Craig) are the style setters.

Still, Peterkin sees the modern beard as having significance beyond the emulation of Hollywood gods. "This current trend is a bit of a performance of masculinity," he says in a telephone interview. And no, he wasn't stroking a beard as he mused thoughtfully because, he says, he can't grow a good one. Peterkin did confirm, however, that beard envy – how long, how thick, etc. – is indeed a real phenomenon.

Jonathan Daniel Pryce, a fashion photographer and the creator of 100 Beards, 100 Days, a photo-blog, book and touring art exhibition, has discerned many reasons for the beard trend. One involves a playful backlash to feminism, an emasculating force, arguably, that has caused men to question their roles. "Some bearded men I spoke to explained that they're all for equality, but that it doesn't mean they can't be masculine," he said on the phone from London, England. Diesel's new 2014 spring/summer campaign, which features a tribe of hairy, bearded tattooed men, reinforces the idea of this trend as a celebratory expression of manhood. It's as if a big beard is the male equivalent of the baby bump – a very public way to communicate what you can do that the other gender can't.

And just as some feminists co-opted certain aspects of feminine clothing, such as short hemlines or décolletage, once judged inappropriate or suggestive of questionable character, so too are beard activists now amending the negative stereotype that hirsuteness connotes uncleanliness or the laziness of someone who doesn't feel the need to make an effort. The "vision" of the founders of beardbrand.com, a personal grooming company, includes, for example, a dismissal of the term "clean-shaven" in favour of "completely shaven" or "beardless."

The beard has long held cultural significance, reflecting spiritual beliefs, ethnic origin, community and class. As Peterkin notes, "you were either Santa or Satan." The good guys had them (Jesus, Mohammed, Zeus) and so did some bad guys (Rasputin, werewolves, Osama Bin Laden). Society's conflicting, deeply held beliefs about beards, including the notion that wearers have something to hide other than, possibly, weak chins, are, Peterkin adds, why modern politicians rarely risk sporting them, NDP leader Thomas Mulcair being a notable exception.

Part of the current "beardsmen" revolution, however, is the shift of that narrow stereotyping. "It's about authenticity. The beard is a guy's way to show the world his most real self," Pryce says, adding that, in recessionary times, it is also a no-cost style statement. "A beard," he notes, "is the cheapest, most authentic accessory a man can have."

Increasingly, though, the beard is also becoming an emblem of professional freedom, a badge for certain employment opportunities. Javier Sanz, a freelance techie in Belgium, found that the response rate for contracts from his online profile went up almost three-fold when he Photoshopped a beard onto his face. "My beard is definitely part of my brand," adds Rameet Chawla, the founder of Fueled, a New York-based digital creative agency. Brought up in a Sikh household, Chawla was never forced by his traditional parents to grow his hair or wear a turban. And for the first part of his career, the 31-year-old was beardless and head-shaven when he worked as an investment banker on Wall Street.

Three years ago, though, he began to grow a beard as a way to maintain sexual abstinence, he tells me on the phone. He had fallen in love with a woman who lived in another city and, until she moved to New York, he wanted to "lower the probability of success" with other women. Well, Chawla did experience first-hand how the sea of women parts over male facial hair. "Without a beard, I was more attractive to a broader range of women, but now I'm attractive to a subset, a different crew I would not have gotten approached by before," he says. As it turns out, they're the women who are more his type – edgy, creative Brooklyn types. His love interest never moved to New York in the end so his beard experiment has actually helped his sex life as well as his professional life. Clients parade him around as their creative guru, he says. His beard is a thing to behold, like an expensive hand-knit throw for the chin. I will wait if you want to Google him.

Once upon a time, the Walt Disney Co. banned employee beards at its theme parks. Other companies had similar expectations for staff appearance. Perhaps as a result, the beardless face suggests conformity, a sort of clipped-back personality. "What [contemporary] bearded guys are saying is, 'I'm no corporate slave,' " Peterkin says. "Their dads had to be clean-shaven because of their careers and social or corporate expectations, but the economy and the way people work are different now." 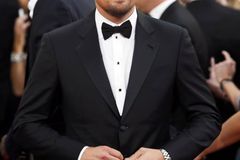 Fashion statement or mark of authenticity? The indiscreet charm of the facial mole
January 25, 2014 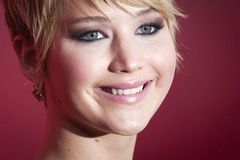 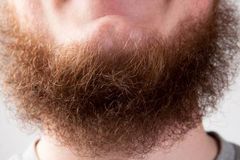