I’ve been here before. Sitting on my living room floor telling my kids about a horrifying hate crime against Muslims. Listening to my sweet daughter again ask, “Why?” Talking about the beautiful families that perished and trying my best to reassure them that there is hope.

It’s the last part of the conversation that is getting harder.

As a first-generation American raised in the United States in a post-9/11 world, the social narrative of dehumanizing and vilifying Muslims is a constant humming that is always in the background.

I never felt entirely at home in the U.S., a feeling that fuelled my courage to leave. So I moved to Canada, Sweden, Turkey and now back to Canada. I now cheerfully introduce myself as an American by birth but Canadian by choice.

I left after the 2016 election when the vilification of Muslims became a team sport, and the chants to ban Muslims in stadiums filled with people could rival the echoes found in an arena at a Stanley Cup playoff game.

I left after a severed pig’s head with buckets of pig’s blood was thrown over the fence into the playground of my local Islamic school in Philadelphia.

I left after I was randomly stopped by a police officer in Conshohocken, Penn. I was so terrified that I kept driving to my office to be pulled over in a place where people I knew could witness the interaction.

I left after I lost belief in the government’s protection of my human rights. I came to Toronto with the hope of experiencing true tolerance, multiculturalism, and the diversity and inclusion that Canada is known for around the world.

Canexit? It’s time for Canada to divorce the Queen

How much more do I have to do to prove that I belong in Canada?

I was not new to Canada. Growing up, I had spent many summers in London and Windsor, Ont., where I have countless family members. However, I knew Canada was different and, like my parents, in search of a better place when they migrated to the U.S. from Lebanon, I relocated to Canada from the U.S. so that my children could grow up in a society where they didn’t have to cover who they are and could live openly and freely following the most substantial aspect of their identity – being Muslims.

We first arrived in Canada in September, 2016. Just a few months later, I was sitting on the living room floor cross-legged. This time, I told them about how Muslims were murdered in prayer in a Quebec City mosque – in Canada.

Along with the feelings of utter heartbreak, I felt like a liar.

I focused on the positives. The outpouring of community support and the government’s quick response. The fact that the Prime Minister called it a “terrorist attack on Muslims in a centre of worship and refuge” is something that would likely never happen in the U.S. My narrative about Canada had to change slightly though. It moved from “Canada is different” to “no country is perfect,” unfortunately, hate exists everywhere, but this is an isolated case; we are still safe here. This was an exception, something that could have happened anywhere.

Then there was the murder of a Muslim man outside of a mosque in Etobicoke, Ont., and then the assault of Black Muslim women in Edmonton. I kept making excuses for Canada. I held on to my hope. Then, last month, three generations of one family were murdered in London, Ont.

This was the city where I spent my summers growing up idolizing the idea of living in Canada. The place where my uncles and aunts and countless cousins live. The place I had dreamt of living all my youth. The place that had built up my image of Canada and its culture of diversity, equity and inclusion was now the place where a visibly Muslim family could be killed for their faith while taking an evening walk.

I found myself sitting on the living room floor, my hope shattered and my kids staring back at me. My narrative changed again. The conversation went something like this:

“White supremacy is on the rise around the world and Canada is no exception. The government, organizations and communities in Canada need to do more to actively fight white supremacy, the rise in Islamophobia, xenophobia (pause to explain xenophobia to my 11-year-old) and hate crimes against visible minorities. Canada has a challenging past, a past that includes the genocide of Indigenous people and a present that includes systemic racism of Black, Indigenous Canadians and people of colour. We need to focus on wearing our faith proudly and not allowing this to scare us, advocate for our rights and more action, stand for what we believe in. Things aren’t as bad here as they are in the States but they could get worse.”

In Islam, one’s intention is everything. I often say, we can only have the right intention and put in our best effort, but we can’t control the outcome.

I’ve been here before. This feeling of losing hope in society, in government, in the idea that a multicultural society that genuinely respects the mosaic of differences where people can be themselves yet be part of a bigger whole exists on this Earth.

For now, I am focused on my intention and putting in my best effort, as a parent, as an employee, as a community member. I intend to advocate for and use my voice and experience to raise awareness and increase education about xenophobia and Islamophobia in Canada because there is a lot at stake. The belief in people around the world that Canada is a place where true multiculturalism, true inclusion and true pluralism can be modelled and lived by all.

I want to believe it’s possible and that Canada can be that example for the rest of the world.

So, I will pick up the pieces of my shattered hope because it’s what my kids deserve. I want them to be proud of who they are and not afraid. I want them to be champions of change and advocates for their faith and everyone else’s. I want them to know that they can aspire to whatever they want, even if they wear a hijab.

One day, they, too, will have their own living rooms, and I hope with the deepest depths of my soul that they don’t find themselves cross-legged on the floor explaining the same problems to their children. 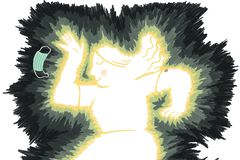 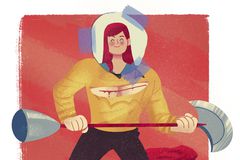 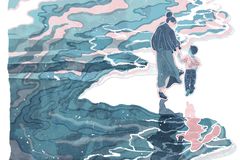