Move over Stilton, Ontario now makes the king of cheese. Well, the "Supreme Global Champion" of cheese to be exact. Hailing from Lancaster, Ont., and made at Glengarry Cheesemaking, aged Lankaaster (just under two years old at the competition) took top prize at the annual Global Cheese Awards this fall. It was crowned the winner among 167 categories, which included such cheese legends as Shropshire Blue and Parmigiano Reggiano. The Global Cheese Awards are based in Somerset, England (the birthplace of cheddar), and in 2011 evolved from the annual Frome Cheese Show, which has a 150-year history showcasing artisan cheese makers.

Glengarry owner Margaret Peters knew she had a special cheese when a judge at the 2012 American Cheese Society Awards (Lankaaster won the Gouda category) recommended she enter the Global Cheese competition. Peters looked at the application and thought, "Okay, that's not too difficult" and entered Laankaster in the best overseas cheese category. Having no expectation of sweeping the entire event, Peters didn't attend. Luckily, the winning cheese producer gets to keep the trophy for the full year (similar to the Stanley Cup). It arrived in Canada just last week. The win has also been documented in Ontario's provincial archives.

So what makes this cheese the world's best? If you like cheese with notes of caramel, butterscotch, pineapple and butter that linger on the palate, you'll know why Laankaster just gets better with age. It's complex, balanced, sweet and savoury with no bitter or sharp notes to disrupt its rich smooth finish. "You eat a piece of it and you want to go in a closet alone and keep eating it. It is a cheese that you will never forget the taste of," Peters says.

Lankaaster has been a personal favourite since I first tasted it in its younger form in 2011. I loved its creamy texture, the approachable mellowness that surprises with a complexity of flavour. It is a Gouda-style cheese (both Peters and cheese-maker Wilma Klein-Swormink come from a Dutch background) and it is based on the traditional boerderij kaas (farm cheese) from the Netherlands. Cheese guru Afrim Pristine has long thought Lankaaster was the best cheese in Canada. He has some of the original loaf-shaped cheeses aging in the caves of Toronto's Cheese Boutique, one of the few places outside the Glengarry facility that it's available. (Glengarry will ship the cheese by request.)

The Glengarry cheese facility is equipped with state-of-the-art aging rooms whose climate-control systems are imported from the Netherlands. The systems can keep the conditions of the room the same humidity in every corner of the space and the cheese is aged on porous wooden boards. All of this creates a friendly environment for ripening, Peters says. "There's something about our rooms – the natural flora that has developed that stimulates rind curing and interior development. Our cheeses that are one year to 1 ½ years old – the rind has an antique patina on it. It develops something that is indigenous to these rooms."

Other than ruling your cheese board, the Supreme Global Champion is perfect for under the broiler, makes a great gratin and an excellent grilled cheese (try half-aged Lankaaster and half-young suggests Peters). Peters said she's thought about selling cheese futures – only two more years to wait.

For more information, go to glengarrycheesemaking.on.ca.

Hated this cheese as a kid? Why you’ll want to make up for lost time
September 24, 2013 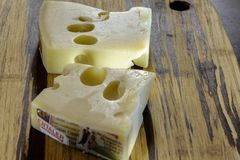 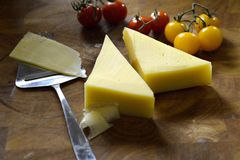 Sophisticated and exclusive: a cheddar that’s fit for a prince
July 23, 2013 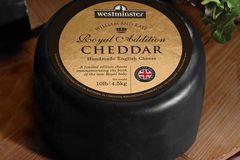