Craig and Marc Kielburger founded Free The Children, Me to We and We Day. Find out more at we.org. Their biweekly Brain Storm column taps experts and readers for solutions to social issues.

Boyan Slat was diving off the coast of Greece when he discovered that the discarded plastic bags bobbing around him in the Aegean Sea outnumbered the fish he'd come to see. The dismayed Dutch 16-year-old resolved to clean it up. All of it.

This spring, Slat, now 21, will launch a 100-metre-long, V-shaped floating barrier in the North Sea. He designed it with a team of scientists to capture and funnel bobbing pieces of plastic toward a machine that extracts and holds the litter for recycling on shore. Slat's end goal as chief executive officer of the non-profit enterprise, the Ocean Cleanup, is to install vast networks of these barriers to remove all plastic from the planet's seawaters.

Given that upwards of 10 million tonnes of plastic is discarded into the oceans every year, that's some epic invention.

Meanwhile, twentysomething Andrew Almack has launched an inventive social enterprise in Toronto that will tackle the problems of plastic and poverty at the same time. Plastics for Change is building a fair-trade network of waste pickers in impoverished regions such as rural India to sell the plastic they collect for a living wage. Almack plans to make sure that material is recycled and sold to eco-conscious manufacturing companies around the world.

You don't have to be a young eco-genius to play a role in cutting down the plastics that clog our waterways and landfills. Of course, recycling is a smart start – but only 10 per cent of Canada's annual three million tonnes of plastic waste is actually reused, according to a 2012 study by the University of Waterloo.

Eco-consequences aside, there are good health reasons to avoid plastic products.

Years after bisphenol A (BPA) was banned from baby bottles, it lingers in countless household products and our bodies, according to research by Statistics Canada. Last year, Statscan released the largest study to date on BPA and it shows low levels of BPA are linked with behavioural problems in boys and girls. Another 2015 study (this one from the University of Calgary) shows that materials replacing BPA in many plastics may have similar negative effects on our well-being.

There is a growing roster of alternatives beyond the cloth grocery bag. Our friend's kitchen, for instance, is a cacophony of clatter with all the metal kids' cups, plates and even drinking straws that replaced oil-based counterparts.

This week's question: How do you reduce or reuse plastics?

"Buy your food (spaghetti sauce, ketchup and soup) in glass containers, and use wax paper rather than plastic wrap."

"Look for lotions, soaps and shampoos that come in solid bars, not plastic packaging, at specialty soap shops, health stores and farmers markets."

"Carry a stainless steel or bamboo spork (combined spoon and fork) to avoid using plastic disposable cutlery, which is used for minutes and when discarded, regularly ends up injuring or killing wildlife." 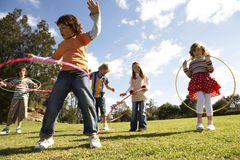 Have Your Say: What if this Leap Day were a national holiday for good deeds?
May 16, 2018 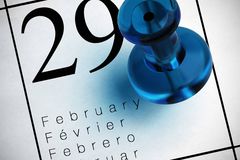 Have Your Say: How can each Canadian help refugees settle in their new home?
May 16, 2018 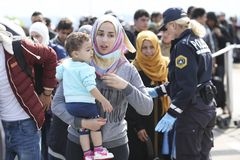