We hear a lot of diet advice from friends, family, personal trainers, celebrity doctors and, of course, the Internet. Chances are you're familiar with at least some of these well-versed tenets about weight loss: Don't eat after 8 p.m., don't lose weight quickly, don't weigh yourself daily and so on.

Before you embark on your 2016 goal to slim down, take a moment to read the facts about six popular weight-loss recommendations. The truth might surprise you.

Losing weight boils down to calories in versus calories out.

To lose weight, you need to be vigilant about calorie intake and output. That's a fact. That said, there may be more to the weight-loss equation than calories alone.

One of the most interesting studies I read in 2015 came from York University in Toronto and the University of Alberta. The findings revealed that, given an identical calorie intake, a person would be 10 per cent heavier today than 30 years ago.

The researchers suggested that our modern lifestyle – and environment – may make it harder for some people to shed pounds. A lack of sleep, chronic stress, environmental chemicals and a highly processed, low-fibre diet are among a list of factors that can hinder weight loss.

While some factors you can't change, others are worth considering while controlling calories, such as your sleep habits, stress-management practices and the quality of your diet.

Don't weigh yourself every day.

While trying to lose weight, it is often recommended that you weigh yourself no more than once a week. Seeing normal daily weight fluctuations, usually water weight, can deflate your self-esteem and motivation to stay on plan.

Research suggests, however, that the opposite is true. A 2014 study from Finland found that participants who stepped on the scale daily, compared with less than once weekly, lost the most weight. Frequent weighing is also associated with better weight maintenance after a weight loss.

Seeing your efforts reflected on the bathroom scale motivates you to stick to your plan. Conversely, if the scale doesn't budge or you gain a few pounds over the weekend, you'll be inclined to follow your plan more closely.

There is little evidence that weighing in daily leads to unsuccessful weight control or lowered self-esteem.

A 2015 study published in the journal Obesity concluded that participants who were told to drink two cups (500 millilitres) of water 30 minutes before each meal lost up to five pounds more than those who were advised not to do so.

Research into how water helps weight loss is limited, at best, but it is thought that water helps fill you up so you eat less. Some findings suggest that drinking water increases calorie-burning and fat metabolism.

It is also thought that people often confuse thirst with hunger and eat rather than drink water.

It certainly can't hurt to drink more water. Doing so can help you meet your daily water requirements (women, nine cups; men, 12 cups) and, perhaps, even lose a little weight.

It's the number of calories that matters, not when you consume them.

Many experts contend that when it comes to weight loss, what counts is the number of calories you consume over the course of the day and that what time you eat them doesn't matter. However, growing evidence suggests that timing matters too.

Meal timing is thought to have an impact on the body's internal clock, or circadian rhythm, which is tightly linked to metabolism and insulin activity. Eating a large meal late in the day may disrupt the circadian clock and lead to obesity.

Yes, total calories matter. But eating more of them early in the day and fewer at dinner might give you a competitive edge for weight loss and metabolic health.

It's advice that is counterintuitive to the adage slow and steady wins the race. Yet, according to a 2010 University of Florida study, you'll be more successful at reaching and maintaining your weight goal if you focus on making big, rather than small, behavourial changes early on in a weight-loss program.

Among 262 obese women, those who lost weight the fastest during the first four weeks of treatment – versus the slowest – were five times more likely to achieve and sustain a 10-per-cent body-weight reduction by 18 months. (All participants were encouraged to eat 1,200 calories per day and increase physical activity.)

A larger initial weight loss may serve to motivate and reinforce healthy behaviours and eating habits. In the study, women who lost at a fast initial rate attended more group meetings, completed more food records and consumed fewer calories than their peers who lost at a slow initial rate.

I can lose weight by working out at the gym.

Don't count on exercise alone to help you achieve your 2016 weight-loss goal. Findings from studies pitting diet against exercise suggest that exercise alone is relatively ineffective for losing weight. People lose more weight when they cut calories rather than when they simply exercise more. It takes a lot of exercise to affect the bathroom scale. You would have to burn an additional 500 calories every day to lose one pound per week. For instance, a 150-pound woman would need to spend 45 minutes jogging on the treadmill seven days a week to lose one pound per week.

A mix of diet plus exercise is the best approach to losing weight. Exercise – in particular, strength exercise – can help to prevent muscle loss that can occur with dieting only. Working out helps to reduce stress, which otherwise might lead to overeating. Regular exercise also boosts self-confidence in your ability to achieve your goal. Bottom line: Head to the gym, but pay close attention to your diet too. 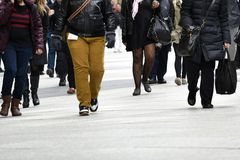 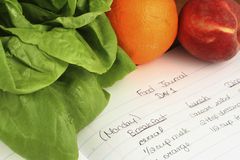 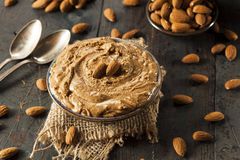