Myth No. 1: Robarts library is sinking because the building's designers didn't take the weight of the books into account.

Almost too silly to entertain, this one has endured, perhaps by those who wish the Brutalist structure would disappear. However, New York's Warner, Burns, Toan and Lunde, specialists in library design, with Toronto's own Mathers and Haldenby, were too good for such an omission.

Myth No. 2: A neighbourhood of mostly renters – of the approximately 100 homes in Huron-Sussex, 84 are owned by the University of Toronto – could never engender any sort of pride.

A new book, Recollections of a Neighbourhood: Huron-Sussex from UTS to Stop Spadina (Words Indeed Publishing, Toronto) has more than 250 pages that burst with neighbourhood pride.

Myth No. 3: The experimental Rochdale College (now a seniors' home) was a blight on the neighbourhood, and nothing good ever came out of that hippie den of iniquity.

It makes sense that the first book to celebrate a neighbourhood as eclectic as Huron-Sussex started as a collection of memoirs stashed away in a floral tote-bag owned by Nancy Williams.

Indeed, for the first half-century of its life, Judith Keeler observes, "the book" was but a dream of Ms. Williams (1927-2010) and Marie Scott-Baron (1921-1999), two remarkable women who spent most of their lives in the little enclave – until publisher John Parry lent a hand.

"So what [Mr. Parry] did was build the history around the memoirs," explains Huron-Sussex Residents Organization president Julie Mathien, "which was kind of a nice way of doing it, I think, because the memoirs on their own are quite charming, but needed context."

And just as Recollections of a Neighbourhood: Huron-Sussex from UTS to Stop Spadina might not have happened, the Victorian neighbourhood – bounded by Bloor Street to the north, Harbord Street to the south, Spadina Avenue to the west and St. George Street to the east – probably wouldn't be around today had there been development cash decades ago.

The university eventually embraced its role as a residential landlord and Huron-Sussex, today, is "one of the most interesting neighbourhoods in all of Canada that nobody knows about," Ms. Keeler writes.

Until now. Starting out as market gardens and orchards, by 1870 the first few buildings were going up along Harbord. In the 1880s and 1890s, the neighbourhood really began to take shape: By 1889, the Toronto Street Railway introduced trolley service along Bloor and Spadina.

Institutions helped development in the years before and after the turn of the 20th century: St. Thomas's Anglican, the Toronto Conservatory of Music, and the University of Toronto Schools (UTS) all brought bustle and life. While the university itself didn't march north of Harbord until the 1960s, a few fraternity houses hinted at future expansion.

Through various essays describing Field's Drugstore, the Old Elm Tea House, a "Chinese laundry," a beautiful backyard garden on Washington Avenue, and the angelic sounds emanating from a Russian Orthodox church on Glen Morris Avenue, an idyllic neighbourhood portrait leading up to the 1960s is painted. Readers are introduced to Stan Bevington, who started Coach House Press in 1965, and architect Ron Thom, who lived at No. 7 Washington while designing Massey College.

Like it was for a great many things, however, the mid- to late-1960s would be a turbulent time for Huron-Sussex. First, the university bought houses at a frenetic pace to fuel expansion; residents association president Julie Mathien, who moved into the neighbourhood in 1973, says she continues to meet people who are "still very bitter about the experience" of being displaced for the massive 14-storey Robarts library.

Before Robarts opened in 1973, however, Rochdale College's 18-storey tower at the intersection of Bloor and Huron would have even greater impact, as it changed very quickly from a bold, educational experiment in 1968 to a mess of drugs and lawlessness.

Ms. Keeler, however, focuses instead on what Rochdale did right. Starting with a description of health food restaurant Etherea, "one of the cities first," the former Rochdalian describes a dynamic place where one could buy food, booze, or arts-and-crafts night or day; a place full of hustlers, yes, but also those interested in gaining experience – Rochdale had a radio station, a daycare, and a print shop – for later in life. "It was family, a vertical village of counter-culture characters … Rochdale gave many hope, and a home."

Susan Worts, who moved to the neighbourhood in 1975 (the year Rochdale closed) ends with recollections of working at the Chelsea antiques shop and introduces us to more of the neighbourhood's "bohemian" characters.

The final section, "Streets, Houses and Early Residents" will prove extremely helpful to those doing research into the early years of Toronto, and cartography enthusiasts will enjoy the maps from 1910, 1964 and 2012 – complete with building outlines – that illustrate the tremendous changes forced on the neighbourhood over the past century.

And the changes haven't stopped, either. While still in the early stages, Ms. Mathien hints that a new plan by the university will increase density with "a combination of low-rise infill and mid-rise on the main streets." However, this time around the residents have been involved, and are "pleased with the results," as it will mean "a better source of funding to keep [up] our houses, which are old and in various states of repair.

"I do think the university does understand the heritage elements here and they're committed to keeping this as a residential neighbourhood." 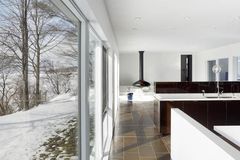 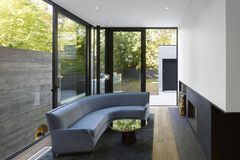