In the design world, nature and artifice are often locked in a complex dance, designers and architects frequently struggling to reconcile the demands of contemporary life with the timeless beauty of natural materials. George Nakashima, the Japanese-American "woodworker" with a globe-spanning career, was among the first modern craftsmen to address this challenge head-on. Beginning in the 1940s, he sought to make furniture that combined contemporary attitudes, traditional craft and ancient timber. And by any standards he succeeded.

Over the next month or so, the Toronto boutique Mjolk is hosting the first-ever exhibition in Canada from the Nakashima Studio. The show pairs Nakashima designs with work in ceramic, wood and metal by five contemporary Japanese artisans. It is a useful juxtaposition, as Nakashima work – still produced today under the direction of his daughter, Mira – draws on a Japanese reverence for nature and that culture's traditional respect for craftsmanship.

"The respect for the natural form of wood is very Japanese," Mira Nakashima says from her family's home and workshop outside of Philadelphia. "Dad said that he thought he was a Japanese Druid. Druids worshipped the trees. But the Japanese Shinto tradition is very similar – that very deep respect for the things of nature and the forms of nature. Dad thought it was in his blood."

George Nakashima was born an American, in Washington State in 1905, but he set out on a path that gave him a rare opportunity to learn about his ancestral homeland. After studying architecture at the University of Washington, the Massachusetts Institute of Technology and the École des Beaux-Arts in Paris, he moved to Tokyo to work for Antonin Raymond, a Czech-American architect who became a force for modernism in Japan. "While in the Raymond office, he studied Japanese building," Nakashima's daughter says. "They didn't really have architecture as a profession at that time; the building was mostly wood construction and the master carpenters were the ones who really knew everything.

During the Second World War, Nakashima came back to the U.S., but was soon sent to an internment camp with his wife Marion and their daughter Mira, then an infant. After their release, the family settled in rural Bucks County, Penn., north of Philadelphia. He built their home and studio there in the woods, then started producing furniture for an increasingly loyal group of buyers. Mostly, Nakashima worked with walnut, which was widely available in the area around his shop. And he began using "cutoffs," the rough wood from the outside of logs that, his daughter says, was cheaply available at lumberyards.

With these humble materials, Nakashima made great art. Take one of his most famous pieces, appearing at the Toronto show, the Conoid bench. Its seat, made from an irregular slab of (usually) walnut, sits on tightly machined legs and has a back crafted from an array of dowels that evoke Shaker furniture. The grain of the wood speaks loudly against the display of carefully tuned craftsmanship.

It is for work like this that Nakashima is considered among the greats of modernist furniture design, such as Charles and Ray Eames, Arne Jacobsen and his friend Harry Bertoia. And yet he stands alone for his devotion to craft. Modernist furniture embraced the creative possibilities of industrialization: Think of the bent plywood and fiberglass forms of the Eameses or the elegantly crafted Scandinavian furniture that translated traditional joinery into mass production. This was not for Nakashima. "Dad," Mira Nakashima recals, "was always in the shop, changing things, looking at everything, fussing around."

The designer's daughter became his apprentice; after he died in 1990, she took over the studio. Today, Mira Kakashima leads a group of craftspeople as they continue to produce his designs and also those of her own under the name Keisho (Japanese for "continuation"). And taste has caught up to them. Vintage Nakashima pieces have long passed into the realm of the collectible. A huge redwood table that George Nakashima made for friends sold at auction for more than $800,000 in 2006.

More significantly, his legacy, so in tune with the contemporary design world, only grows in stature. Among other things, woodwork with "live edges" and irregularities is prized by a new generation of designers and furniture makers who favour the local, the unique and the handmade. And yet, Mira Nakashima says, it continues to stand apart. "My father's work is very respectful of the craft tradition and natural materials," she says, "but he also has an architect's eye for proportion and structure – and a lot of that is what determines the design. The shape of the tree is modified to proportions that he saw, that he thought were right."

In other words, the wood speaks eloquently, but it's the designer who has the last word.

Nakashima runs at Mjolk in Toronto (www.mjolk.ca) from July 24 to Aug. 19.

Haute couleur: Why pastels are anything but washed-out
May 11, 2018 After rehearsals, Cats choreographer unwinds in this impeccably decorated living room
May 11, 2018 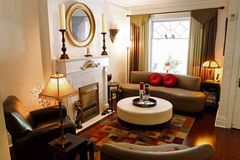 Outdoor curtains: breezy or fusty and old-fashioned?
May 11, 2018 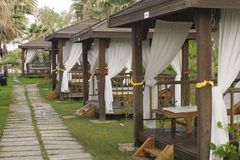