A new study suggests that high-school students who have been bullied are almost twice as likely to bring weapons such as guns and knives to class as their peers who aren't targeted – and the worse the abuse gets the more likely they are to do so.

According to an analysis of national survey data collected by the U.S. Centers for Disease Control and Prevention, 8.6 per cent of the victims of bullies acknowledged carrying a "knife, gun or club" to school in the previous 30 days – the equivalent of 200,000 students. (It's worth noting that research found 4.6 per cent of U.S. high-school students who aren't bullied are also bringing weapons onto school grounds.)

The percentage who have carried a weapon goes up sharply with the severity of bullying. High-school students who are bullied in multiple ways – that is threatened or injured or involved in a physical fight, and who have stayed home from school because of it – were 31 times more likely to have brought a weapon. And among the most severe cases – those who had experienced all forms of bullying, including having their property stolen or damaged – 71 per cent said they came to school with a weapon.

"That is a staggering number," says senior investigator Andrew Adesman, chief of developmental and behavioural pediatrics at the Steven & Alexandra Cohen Children's Medical Center of New York. "Clearly there are some kids who are very, very threatened. These are not gangs. These are kids having trouble with adolescense."

Meanwhile, a Pennsylvania high school has decreed that its students will now have to carry their possessions between classes in clear plastic bags, a response to a vicious attack in which a sophomore stabbed 20 of his peers and a security guard with two kitchen knives he had brought to school.

But the new study, presented at a pediatric conference on the weekend in Vancouver, suggests, as Adesman points out, that the problem is not weapons in backpacks, but bullying being ineffectively handled by school officials.

There are reports, for instance, that Alex Hribal, the student charged with the Pennsylvania school stabbing, was the victim of bullying, including a Facebook insult posted the night before the attack. A father who says his daughter was bullied at the school has come forward to complain that the school ignored his request to intervene, even though he says he supplied a list of the bullies that included the male student who allegedly posted the Facebook message about Hribal.

The CDC survey was given to 15,425 students from Grade 9 to Grade 12 across the United States. Asked if they had experienced bullying in the past 12 months, 20 per cent said they had been victims – most often white girls in the younger grades. The researcher compared the group to the students who acknowledged bringing weapons to school and found a consistent pattern.

The study also asked students whether they had carried a gun in the past 30 days, without connecting it to school. But there researchers also found a correlation with bullying, though the effect was slightly smaller. The percentage of students who experience three or more types of bullying (including skipping school to avoid it) and acknowledged carrying a gun ranged between 42 and 62 per cent.

It's important to remember these are U.S. numbers, and Adesman could not comment on Canada. The data also have missing pieces. For instance, the survey doesn't specifically ask if the weapon was brought for protection from bullying, and it doesn't separate guns from knives in the school environment. The researchers did not break the number down by gender, and there was no data on how often the weapons were used.

Still the effect is large, and Adesman suggests, in fact, that the numbers are likely an underestimation. "Even if I was told the survey was anonymous, I don't know if I was a high school student, that I would be comfortable admitting I had brought a gun to school."

Adesman suggests that schools need take these numbers into account – to recognize that when there is severe bullying there is also likely to be an increase in weapons available to the students involved. "It should be a wake-up call," he says, for educators to be more vigilant with troubled students who may often be victims, as well as bullies themselves. If kids are feeling threatened, he observes, "sometimes the slightest provocation can lead to an extreme reaction." 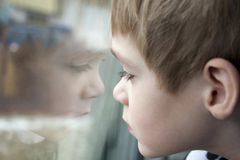 Is this the most powerful anti-bullying message you’ve ever seen?
February 21, 2013 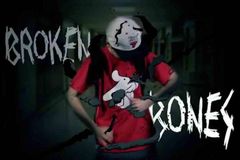 Being bullied can lead to troubles with the law later in life, study says
August 1, 2013 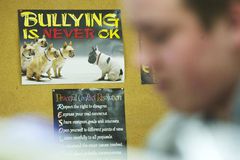