Jacob Taljaard, 12, and his sister, nine-year-old Madison, are taking back summer. No books, unless they are the leisurely kind. No scheduled wake-up, unless it involves an early-morning dip in the lake. And no homework, unless it means practising archery or doing research on the horses they've adopted.

The pair, who moved last month to a farm in Fall River, N.S., have successfully dodged the rigours of summer school, thanks to a mother who firmly believes in the sanctity of the summer vacation: In the Taljaard family, it is revered as a time of adventure, leisure and freedom.

"I believe they need downtime, and downtime to get ideas of what they like and what they want to explore," said Melanie Taljaard.

It's counter to current thinking, but Jacob's and Madison's time off will help them in spades when they begin another year of academia in the fall – even if they are blissfully unaware of the fact.

As more and more schools look at year-round learning and shorter summer breaks, experts caution that there is a great value in having a child with a well-rounded mind, not just a well-filled one. By balancing the knowledge children acquire over 10 months of the year with some real-world experiences through playtime – and a bit of downtime – their brains will function better come September.

"I really do think children need some time to themselves. There's so much pressure for them to increase scores," said Karen Krasny, director of the graduate program in education at York University. "Summertime should offer a chance to luxuriate in a particular subject or area."

Do your children have an interest in plants? Let them tend the backyard garden. Are they learning about wetlands in the fall? Have them spend a summer week with their legs deep in a pond.

Consider this: The Taljaards are learning self-discipline and hard work as they welcome and care for their horses on the farm; Madison's project to write a short story will help her in English class; and Jacob is learning about distance, velocity, speed and gravity through his archery lessons.

The two alternate each week between a day camp of their choosing and playing on the farm. Madison and Jacob are luckier than others; Ms. Taljaard, a marketing consultant, works from home.

But even in families where parents work outside the home, there are still chances for children to play or relax over their summer break. Don Carruthers Den Hoed said summer affords kids time to learn in a way they wouldn't in the classroom. Mr. Carruthers Den Hoed is a director for the Child and Nature Alliance of Canada, a non-profit group that aims to stem the decline in kids' contact with nature, and is completing his PhD at the University of Calgary on nature and its effect on humans.

His son Malcolm, who turns 6 on Friday, is getting a history lesson at a heritage park camp, where he gets to be a child from 1910, dressing in costume, learning to make butter, collecting eggs and riding on a steam train. Malcolm will also participate at other camps. There will be time at home to explore nature, read books and play in the park.

"There's a lot of evidence that if you balance focused, structured learning with unfocused, unstructured learning and play, then your cognitive performance is much higher," Mr. Carruthers Den Hoed said. "Your brain just works better."

The big worry for parents is that many kids, especially older ones, would like nothing more than to spend their summer vacation parked in front of the television or surfing the Internet. Self-reported time in front of a screen is considerable among young people: They spend six hours a day on weekdays and more than seven hours on weekends, according to a Statistics Canada study.

Does television or the computer have any benefits to learning?

Prof. Krasny said the bigger question is what children are viewing, and how much of their day is spent in sedentary activities. Parents can interject, she said, by asking critical questions: An episode of Family Guy, for example, can offer an opportunity to discuss the kinds of humour used in the show and who it might be offensive to.

But experts believe reading a book or playing outdoors is best. "Summer offers an opportunity for kids to commune with the world around them," Prof. Krasny said.

Heather Heagle, the Toronto-based executive director of Ontario Camps Association, said hands-on discovery and a no-grading system in the summer makes for a more confident child.

"The more you know about yourself – and you know this to be true as an adult – the better you are," Ms. Heagle said. "It's not just building the brain, it's building the intellect and the emotion of a person that makes them whole."

Ms. Taljaard has chosen not to hook up the television since the family moved in last month. Her children are too busy pursuing their activities or cooling off in the lake to notice. This week, Jacob is at a scout-leadership camp and Madison is at an equestrian camp.

Ms. Taljaard is not against children attending summer school, if that's how they wish to spend their time. She just prefers that Jacob and Madison have some fun this summer.

"I think summer is a time to pursue your passions. If your passions are in the academic realm, that's fine by me. But just schooling for schooling's sake, then no," Ms. Taljaard said.

Madison prefers her summers as they stand now. Asked what her favourite parts are, she responded: "Playing with my horse and sleeping in." 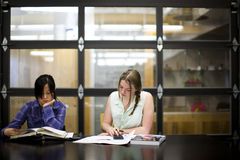 Can kids taking the summer off learn the spirit of giving too?
July 9, 2012 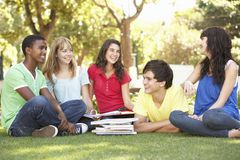