This is the fifth in a Globe six-part series about building a better daycare system in Canada that examines just who is watching the kids, across the country and around the world. Join the conversation on Twitter: follow @globelife and use the hashtag #globedaycare

If Canada really wants to help its families juggle work and kids – and rescue them from a child-care system defined by wait lists, poor quality and fees as high as mortgage payments – the country can borrow from the best, Sweden, where daycare is part of a full childhood, not just somewhere to park the kids when heading to work.

The Swedes have a great system: universal, affordable, educational – one they have been perfecting for almost 40 years. Their head start was largely motivated by economic factors: Facing a labour shortage in the 1960s, Sweden needed mothers to work. But early support for gender equity and child development also played a role.

Building a new system was slow going: In 1970, less than 10 per cent of preschoolers were in publicly financed care – even though half of mothers with kids that age were working. So, like many Canadians today, parents used unregulated family daycares. In the early 1990s, the Swedish system struggled with long wait lists, parents took to the streets to demand lower fees, and there were concerns that the children who needed preschool most weren't getting spots.

Finally, by the late 1990s, supply in the public system caught up with demand, says Anita Nyberg, a professor of gender studies at Stockholm University. Fees were capped soon after when the national government decided to reward municipalities with extra funding if they set maximums on how much parents would pay.

So four decades later, almost every Swedish toddler heads off to preschool with trained educators, even if there is a parent still at home. (Of course, because parental leave is so generous, almost every child is cared for by their mom and dad until at least their first birthday.) Fees are charged on a sliding scale based on income, but the average maximum charged is modest by Canadian standards – about $300 a month – and preschool is free for four- and five-year-olds.

There are still some wait lists, but municipalities are required by law to find a space within three months. Most daycare centres are public, but a small number are private; Prof. Nyberg says the government believes competition will keep standards high.

Either way, says Peter Moss, a researcher at the University of London's Institute of Education, "people think that nurseries are good places to be. If admission into early childhood education at 12 or 18 months of age was bad for children, you would expect the Nordic countries to be prime examples of crime and delinquency and dysfunction. If you want to look at that, you need to look at America."

It took Sweden, says Prof. Moss, "many years to get it right." Other governments, he suggests, "tend to say, 'We can't do that.' But what they really mean is 'We can't suddenly do that.' In other countries, they just don't get to grips with what needs doing and actually plot a course."

But some countries are doing their best to catch up, with such tactics as setting targets to eliminate wait lists, online quality rankings and regulated fees.

HOW THE REST OF THE WORLD DOES DAYCARE

Portuguese elementary schools are required to operate for a full day, from 9 a.m. to 5:30 p.m. In the last two hours of each day, teachers and teaching assistants run "curriculum-enhancement activities," from sports to music to English lessons, as part of the public-education system. Outside those hours, there is additional state-funded care before and after school, with fees based on income.

Extending school hours to match the workweek is "on the policy agenda" of several countries, according to a recent European Commission report. It is seen as a way not just to help with child care, but to level the extracurricular playing field for low-income families.

Norway: The other child-care shortage – testosterone

As well as staff shortages, high turnover and low pay, early-childhood education is an occupation marked by one of the world's biggest gender imbalances.

To increase the participation of men, Norway has set targets, along with extra support for male educators, job advertising and recruiting campaigns targeting them. Similar approaches are under way in Denmark and Scotland, which has created a special training course just for men.

Slovenia: Have one, get a discount on the second (and the third is free)

Much like Sweden, tiny Slovenia has developed a universal child-care system that is run by municipalities, which are required to create enough spaces. Families pay an average of $460 a month for a toddler, but only one-third as much for a sibling – and no charge for the third child. In fact, daycare for all siblings was free until last year, when an economic downturn forced the government to tighten its belt; still, the rates are discounted on a relatively steep sliding scale based on income, so the poorest families pay nothing.

As in Sweden, private centres exist to promote family choice, but because of the competition from the public system, their fees are comparable, and quality is high.

As of 2009, 74 per cent of children from the age of one to school age were enrolled in early-childhood education. Slovenia had virtually eliminated wait lists, but they began to grow again after the free-sibling rule was introduced in 2008 and the fertility rate rose.

Municipalities are expected to correct any gaps in care as quickly as possible – at least in principle, since this often depends on budgets and infrastructure, says economist Nada Stropnik of the Institute for Economic Research in the capital, Ljubljana. Still, wait lists and available spaces are listed online by municipality – with details about the setting – so parents clearly know where care is available.

In May, the Japanese city of Yokohama – population 3.7 million – announced it had eliminated its wait list for certified child care, once one of the longest in the country. To do so, it co-ordinated the construction of privately managed child centres in such places as train stations, so commuters need not travel to the suburbs in search of care. If space is in short supply at one transit stop, the city buses children to neighbouring sites. It also provides a "child-care concierge" to help families find spots.

The system is far from flawless – the quality of the private care is under scrutiny, and Canadian parents would probably object to putting daycare centres under highway overpasses. But the fact remains that Yokohama set a target, drafted a city-specific plan, then met it.

Word has since spread, however, and applications have risen 30 per cent, according to media reports. Many are mothers who now feel they can go back to work. But there are also families who are moving to Yokohama just to be eligible for a spot.

Australia also created a national quality standard that has been adopted by every state and territory and applies to all forms of child care. Centres are graded from "excellent" to "significant improvement required," and the results must be displayed in the centre and online.

The revised approach remains a work-in-progress: Six months ago, it was reported that about half the centres had failed to comply with the new standards. But Australia's experience is instructive for Canada, child advocates say, highlighting both the risks of relying too heavily on for-profit care and the value of national guidelines.

"If we are going to build a nation," says Charles Pascal, a specialist in early education at the Ontario Institute for Studies in Education in Toronto, "you have to have some quality assurance and mutual commitments to doing certain things the same way."

This summer, the U.S. state of Georgia started something similar, issuing daycares stars for quality – as well as extra government grants for participating in the program. Results appear online in a searchable database.

New Zealand: It's never too early to learn about diversity

All early-childhood educators are trained to follow New Zealand's national curriculum, called Te Whariki, which means "woven mat." Implemented in 2002, it teaches through play and is designed to create a seamless transition into school. The program has been praised for its specific emphasis on environmental and cultural values as much as literacy and social behaviour, and the curriculum is developed in both English and the Maori language.

Evidence suggests that early-childhood education, when designed properly, can play an important role in social cohesion. Immigrant children benefit from an early introduction to a second language, and all kids (along with their parents) gain from crossing paths with families from different backgrounds. 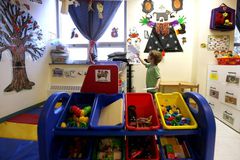 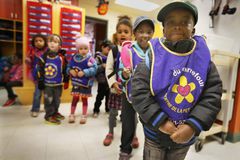 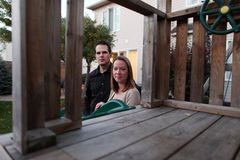