In the middle of a sleepless night, I decided to e-mail my daughter-in-law, to sincerely compliment her on her parenting skills and gently suggest a trim of her three-year-old son's hair, which hangs down to his shoulders and causes kids to mistake him for a girl. Having big ears, I experienced first-hand how cruel kids can be. My daughter-in-law did not respond to my e-mail and chose instead to discuss the matter privately with my wife. I now realize that there are taboo subjects that must never be discussed. Even though I was operating with the best of grandfatherly intentions, I regret speaking up and feel gun-shy to address any expanded family issue. I do not feel I owe my daughter-in-law an apology for my e-mail directness, but would welcome your input within the context of "grandfather's rights" and "land mines to avoid." I can't believe I, former long-haired hippie rebel, got snagged on this particular family issue!

I feel your pain. It also makes me smile a bit: a smile of compassion, I assure you.

The truth (as I see it) is your problem exists at the nexus of a couple of ticklish issues.

First: the role of the grandparent. Can we all agree it's changed radically? Once upon a (perhaps mythical/apocryphal, but I choose to believe in it) time, there were patriarchs and matriarchs before whom the rest of the family trembled in awe. Their wisdom was consulted, their word was law.

"I have spoken," the patriarch/matriarch might say, pounding the table, dentures rattling, snowy hair flying, if anyone dared brook any opposition to their decrees. And, by gum, you did what they said! But times have changed, and it seems to me grandparents have a much-diminished role – they're reduced, basically, in Western civilization circa 2014, to biting their lips and holding their tongues as their children make all manner of hair-raising parenting mistakes.

I'm sure my parents have bitten their lips plenty regarding my parenting "style" or lack thereof. Well, I was a stay-at-home dad for five years: I'm sure the whole world was biting their lips! (Snapshot: Me, having forgotten to pack snacks or drinks for a trip to the park, encouraging my toddler to waddle over in his heavy-as-a-brick diaper to try to cadge some crackers from one of the ultra-organized mommies.)

My mother was pretty good about it. Mostly she kept her thoughts to herself. If she did have something to say, she employed a great deal of circumlocution and diplomacy, after first softening me up by strafing me with complimentary ground-fire. So somehow she (almost) never hurt my feelings.

Because you should be and no doubt are aware that by saying, in effect: "Letting your son's hair grow long could make him an outcast/bully magnet," you're pushing, however gently, the "bad mom" button.

I do believe one should have some say in the raising of the offspring of one's offspring. They have a quarter of your DNA, after all. But you have to summon the wisdom of your years and choose your battles. Your grandson's hair length – do you really want to "die on that hill," as they say in TV business? Especially as a former "long-haired hippie rebel" yourself?

No. Save your comments for something you really feel passionately about (e.g. his education) and try to make your input as helpful, encouraging and positive as you can. Painful as it might be, more often than not you just have to let your son and daughter-in-law make their own parenting mistakes – as you did in your day.

Your other miscalculation, IMHO, was in choice of medium. E-mail is the wrong tool to use to express anything even slightly negative. If there's any chance of friction arising from something you have to say, at the very least pick up the phone. But really, when there are bombs to drop, face to face is almost always best.

That way she'll be able to see the lines and wrinkles of concern and compassion life has written on your face, be reminded by the similarity of your features to your consanguinity with her son, and be better persuaded that you only have his, and her, best interests at heart. 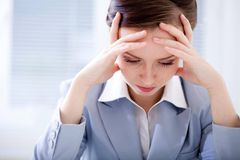 How to get ungrateful kids to shape up
January 9, 2014 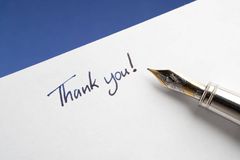 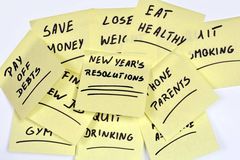