I don't hate my mother, but I don't like her and never have. She's self-absorbed, self-righteous, selfish and has never been a nice person. I think she was ill-suited to motherhood, and I've tried to compensate by being a generous person and a loving parent to my own daughters. Thing is, now she's elderly, has dementia and there's an issue of personal responsibility. She lives on her own, outside of town. I've made it a point to visit at least once a week, to help her with doctor's appointments, groceries and banking. I've also arranged for a personal support worker to assist her with basic tasks three times a week. She refuses to go into any type of seniors' residence, and is now sinking into a serious form of paranoia. She feels everyone is out to do her harm, myself included. There is no rationalizing with her. And in truth, I am on the verge of saying "the heck with it" and leaving her to her own devices. If she weren't so miserable this wouldn't be an issue but, at this point, it is seriously affecting my own sense of well-being, not to mention the resentment that bubbles to the surface whenever I am around her. I would appreciate some perspective on the matter, as it has me tied in knots.

Your mother may be and may have been a real piece of work. She may have been, as you say, self-absorbed, self-righteous, selfish and not that nice a person.

She may have been, as you say, "ill-suited to motherhood." It happens: The wrong people sometimes have kids, sometimes for the wrong reasons, and becoming a parent does not automatically cause people to grow wings and become a saint, as some seem to believe.

But here's the thing: She's your mother.

At the very least, I assume she tolerated your tantrums and demands when you were an irrational little monster. She fed and clothed you and changed your stinking diapers when no one else would – when everyone else was fanning their noses and skedaddling.

See what I'm getting at? You owe her. So do any brothers or sisters in the vicinity.

How you're going to repay that debt – well, that's where it gets complicated.

Anyone who's been through it knows: There's no perfect way to deal with this disease. Alzheimer's, dementia – to me, it's about the unluckiest fate that can befall a person. And one of the most awful things about this terrible disease is seeing it coming, clocking the "early signs" and knowing it's going to get worse and there's not much you can do.

My wife's terrified of getting it. It runs in her family. I keep slipping coconut oil (anecdotal evidence suggests it can help forestall Alzheimer's) into everything she eats and drinks.

But still she says: "Dave, if I get it, just put a pillow over my face."

Her: "Even when I'm screaming at you that I want a divorce?"

Me: "I'll just smile to myself and keep bringing you snacks and fluffing your pillow."

That's one aspect that's always puzzled me: At what point do Alzheimer's sufferers lose their legal agency? In other words, when do you start ignoring their demands for a divorce or to live by themselves or to take money out of the bank?

Sounds like your mother might be getting close to that point, and you might want to think about arranging full-time care, even over her objections. Whether inside or outside your home is up to you. You didn't mention anything about siblings but, obviously, they are on the hook and should be circling the wagons with you.

(There are whole Potemkin-type "dementia villages" where Alzheimer's patients fake-bank, etc. People have issues with them, but seems like a decent option to me.)

Mainly, though, it's time for you to set aside your bitterness and issues vis-à-vis your mother. Do not "leave her to her own devices." Maybe she's crabby. But she's probably scared. And she's your mother, damn it. She looked after you when you needed her most.

Time to return the favour. 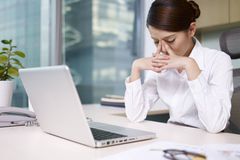 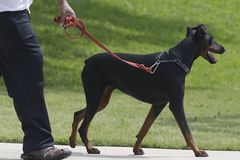 My stepmother's insistence on sharing details of her stomach problems ruined our family holiday
May 14, 2015 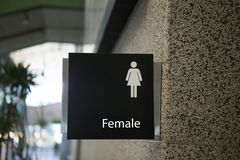