I've seen you. Who hasn't? You're riding the bumper of the car that person in front of you thinks of as his body. You're moving right up close behind and, if you had a horn, you would blast it. Be honest; you would. You might even flip the bird as you passed impatiently on the outside, sometimes brushing past him, invading his personal space, harrumphing under your breath, other times stepping off the curb into the road to do so. The temptation is present to call out an insulting name, isn't it?

But you don't, and that's because it isn't road rage we're talking about here. In the private bubble of your car – the mechanical, shiny one, that is – you feel the freedom to do all manner of things. It is your shield. Your silencer. Your smooth veneer. Inside it, you will swear with impunity. You will make faces through the window. You won't think twice about flipping that bird. Twice, even. You will wish the worst upon the idiot who doesn't move on the road the way you think is best. You might even roll down the window and shout. And then you'll whiz by, accelerating into the distance, confident of your anonymity and the fact that you won't ever meet that person again.

But this is sidewalk rage. This is different. And we're right at the start of the season for it. Winter sidewalks may make you fearful with their icy treachery, but now they just irritate you. The warm weather invites the hordes to walk along them and, suddenly, here we are, you and me, a few dogs and the great sea of humanity, all kinds of creatures, streaming down that narrow width of concrete lining the roads. It's a free-for-all.

And there are no rules, no lanes. No one gives out tickets to that teenaged group who walks three or four abreast, blocking the pedestrian flow, a wall in the middle of a river. They laugh. They flick their hair. They chew gum. They're arm in arm, oblivious. And you're fuming, silently. You have somewhere to be. Don't they understand? And why aren't those parents with baby carriages the size of small houses required to get a license to steer them? They're more dangerous than a teenager in a Mercedes. And what about those people who are walking along and then, for no apparent reason, stop, just like that, almost causing a pedestrian pile-up?

Sidewalk rage is abetted by the breakdown of the private/public divide in modern life. It used to be that an exit from the home into the public realm was an event most people prepared for by putting on clothing deemed to be appropriate in order to make an impression. Sidewalks were a stage on which you could play your best self. (Even the ancient Romans had them.) But now, we all territorialize the sidewalk, laying claim to it as our place to do whatever we want. We will eat our breakfast or our lunch while walking along it. We will drink portable coffees. The sidewalk is a moving patio café. It is also an outdoor gym. And an open-air office, where you send texts, receive e-mails, read the online newspaper, watch videos and finalize the closing of your business acquisition on your smartphone.

Jane Jacobs, the late urban theorist and author, loved sidewalks, which had many purposes besides carrying pedestrians, she wrote in The Death and Life of Great American Cities. The more active the life on sidewalks, the safer those neighbourhoods would be, she explained. Eyes on the sidewalk provide spontaneous protection against crime. Sidewalks promote contact and build trust, thereby thwarting segregation and racial discrimination, she wrote.

What might she have made of sidewalk rage? It's not hard to see it as an outcome of our tech-addicted society. We live much of our lives online, where interactions with others are controlled. Click and you're gone. When we step into the real world, maybe all those real humans, with their unpredictable actions, have simply become more annoying. Not only that, we're all in a rush.

And now we know just how quickly modern pedestrian traffic moves, thanks to a study in 2006 by the City of New York and the NYC Department of City Planning. Tourists, it turns out, are like that jerk in the Subaru who drives at a below-average speed. They clock in at roughly 1.16 metres per second compared to the average walker's speed of 1.21 metres per second. Smokers and cellphone talkers aren't much better. People wearing headphones, on the other hand, are like that idiot in the Porsche, zooming along at a 9-per cent– faster rate than the average walker.

The problem of pedestrian aggression is such that it now lies on the dusty desks of academics, one being Leon James, a University of Hawaii psychology professor who studied people's emotions when they walked along busy streets in New York City. He reported mutterings, bumping into others on purpose, glaring, the display of a "mean face" and walking too closely. (He started his investigation after feeling sidewalk rage himself amidst the throng of tourists in Honolulu.) At its worst, the aggressive pedestrian suffers from Intermittent Explosive Disorder. Getting easily upset is not healthy. James believes there's such a state as being an impaired walker.

So consider that when you next take to the sidewalk under sunny, warm skies. And to prevent impairment, slow down a bit, remembering that the world isn't always to your liking and that people do not always do as you would wish, but that is what life is about; it's going with the flow, and allowing yourself to see a stroll around the corner to get some milk as an opportunity to test your generosity and empathy. And civility. 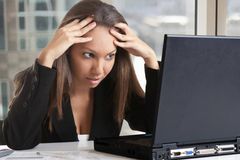 Smitten with your smartphone? You’re in for the long haul
April 11, 2014 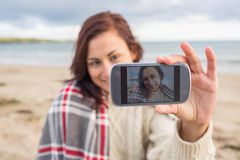 Breathless over Scarlett’s sex appeal? Being a woman doesn’t make it alright
April 8, 2014 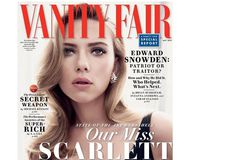