Erna Paris is the author of several books, including The Sun Climbs Slow: The International Criminal Court and the Struggle for Justice and Long Shadows: Truth, Lies and History. The latter was the inspiration for the Canadian House of Commons motion to apologize on behalf of the government to survivors of Canadian residential schools.

In full democracies, which are characterized by independent judiciaries, the foundation of a criminal prosecution is that an individual – not the environment in which he or she lives – is on trial. Yet it has become common to suggest, as in the George Floyd case, that the United States is in the prisoner’s dock rather than Derek Chauvin, the former Minneapolis police officer who kneeled on Mr. Floyd’s neck. “The trial of America,” it’s being called.

It’s understandable that many believe this, given the long history of racism in the United States. Anyone who has followed the recent maelstrom surrounding the killings of young Black men at the hands of police cannot help but be appalled. The reporting on the danger of “driving while Black,” for example, has shocked many. If you have visited the new Legacy Museum in Montgomery, Alabama, as I have, you may have come away disturbed and subdued by exhibits that cover subjects including enslavement, public lynchings and today’s mass incarceration of Black men. One fears what might happen if the jury finds Mr. Chauvin not guilty in the death of George Floyd; one wonders how much this knowledge weighs on that jury.

All the same, the temptation to expand the prosecution of an individual into the prosecution of social ills is risky and always present. For example, when the Nazi war criminal Klaus Barbie was returned to France in 1983 for trial, an excited media suggested his trial was a symbolic metaphor, and so people imposed their own concerns on the affair: Holocaust denial, Russian intellectuals injected by police doctors, pregnant women tortured in Guatemala, and the victims of the Irish political-religious wars. Earlier still, the trial in the 1960s of Adolf Eichmann in Jerusalem had triggered similar irrelevances. The prosecutor had in mind a case built not so much on what Eichmann had done, but what the Jews had suffered. He wanted to know: How could such a thing happen? What role did the Allies play in the Holocaust? Why the Jews? Or for that matter, why the Germans? In both these cases, the trial of one man did eventually rule the day, but the impulse to extrapolate broader social implications from individual prosecutions is always present.

Lest we pump our chests, Canada has not been immune. In 2016, Colten Boushie, a 22-year-old Indigenous man, was fatally shot by Gerald Stanley on his Saskatchewan farm. Tried for murder, Mr. Stanley was acquitted by a jury in 2018 – a verdict that led to charges of jury racism, police racism, and racism across Canada. So fraught was the environment that Saskatchewan Chief Justice Martel Popescul felt obliged to say, “I know this is an emotional case and I know that people are very vested in what’s happening, but that can’t happen. It’s not a sporting event where we’re rooting for one team or another.” According to a CBC report, Judge Popescul also had to warn the courtroom gallery, for the first time in his long career, against making comments during the tense trial.

In other words, democratic protections within the courtroom were being breached, while beyond its walls, there seemed to be an equally serious conflation of the trial process and issues of policing. It didn’t help when Prime Minister Justin Trudeau weighed in, saying, “I know Indigenous and non-Indigenous Canadians alike know that we have to do better.” Was he talking about the trial and the jury? Aside from saying he couldn’t comment on the “process,” that wasn’t clear. Was he talking about the racial tensions surrounding the case? That wasn’t clear, either. Whatever Mr. Trudeau’s intent, defence lawyer Ari Goldkind called his comments “akin to jury tampering.” If this case goes to appeal, he asked, “how is the next jury supposed to be impartial knowing the Prime Minister may call them a pack of racists if they don’t convict?”

In controversial criminal trials, drawing the line between inside and outside the courtroom can sometimes seem difficult, particularly when one is aware of societal racism and committed to its eradication. So when racial issues preoccupy us, as they do today, it is not surprising that a conflation of politics and law might coalesce into “the trial of America,” or disrespect for a jury verdict.

But let us also remember that individuals, not the ills of society, are on trial, and that every person is innocent until proven guilty. A diminishing respect for what trials and juries stand for in democracies can be risky for us all. 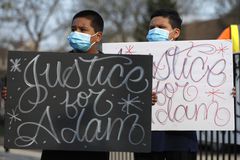 Derek Chauvin won’t take the stand as defence wraps up its case after two days of testimony
April 16, 2021 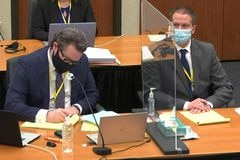 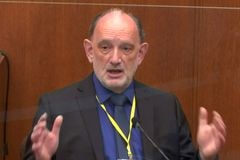