Sarah Kendzior is the author of The View From Flyover Country and the co-host of the podcast Gaslit Nation.

“You made a decision not to prosecute, correct?”

“No,” said Mr. Mueller, “We made a decision not to decide whether to prosecute or not.”

“We made a decision not to decide” is the Mueller motto. His two-year probe was marked by witness interviews that were never held, probable criminals who were never prosecuted, and troubling questions that were never answered – and may never be, if Wednesday’s testimony is any indication.

This is a pattern for Mr. Mueller. The Mueller Report, while lengthy, shed little light on why Trump associates apparently complicit in foreign interference in a U.S. election – such as Jared Kushner and Donald Trump Jr. – were not charged, or why criminals such as Michael Flynn walk free after plea deals that seemingly led nowhere. The rollout of the report in March, tarnished by the misleading memo of Attorney General William Barr, further muddied the matter – particularly since the April release of the report allowed Barr’s deceitful summary to dominate discourse for a month.

Americans were looking for clarity, but they did not find it on Wednesday. Long hailed as the strong and silent type, Mr. Mueller came off as meek and reticent. He was reluctant to answer questions about a report to which he had devoted two years of his life – a report critical to America’s national security. According to NBC News, he deflected or declined to answer a question 155 times.

Globe editorial: After Mueller fiasco, the only way left to defeat Trump is at the ballot box

Over the course of the probe, Mr. Mueller never spoke to the press, and his silence allowed him to be a blank slate onto which Americans projected their hopes and fears. As institutions crumbled, many Americans embraced deus ex Mueller: a belief that the apparent criminality of those close to Donald Trump was being secretly and effectively fought by a team of seasoned patriots. The cult of Mueller decreed every bad decision or obvious injustice to be part of “3-D chess,” a term frightened people use when their heroes inexplicably fail them.

In reality, Mr. Mueller seems as frightened as everyone else. When asked if hostile foreign powers interfering in U.S. elections was “the new normal,” he replied: “I hope this is not the new normal. But I fear it is.” The special counsel who was supposed to have the solutions is resigned to mere hope on the matter of his country’s sovereignty.

Throughout the hearings, Mr. Mueller acted as if outside forces constrained his ability to answer questions. But he is no longer an employee of the Department of Justice, and they can no longer tell him what to say. The decision to narrow the scope of the questions and even his method of response (he refused to read his own report out loud) was Robert Mueller’s.

As a result, key topics – such as Mr. Trump’s possible involvement with organized crime or the influence of other foreign countries in the 2016 election – went unmentioned. Other issues, such as Mr. Trump’s shady finances or the prospect of impeachment, were largely avoided.

He acted like a man terrified to speak the obvious.

The question remains: why? An informed public is a powerful public, and a powerful public is crucial when a country is transitioning into autocracy. Any attempt of officials to hide the truth – whether through deliberate lies, institutional obfuscation, or pure gutlessness – hurts the body politic. Mr. Mueller had the opportunity to deliver insight and validate his own work. Instead, he was timid in the face of both Republican smears and Democratic inquiries. He kept noting that he knew the answers to questions that are of great public interest, but that he had no intention of revealing them.

The public has the right to know whether its own government constitutes a threat to national security and if the president is complicit in a crime. Testifying to Congress was Mr. Mueller’s patriotic obligation, and he should not have required a subpoena to show up. His question-dodging mirrored the reticence of his probe: he did not want to indict anyone even when their offences were blatant, and he did not want to explain why. It is disconcerting that one of the few things Mr. Mueller would confirm is that Americans are not safe.

Mr. Mueller decided not to decide, but in the immortal words of Rush, “If you choose not to decide, you still have made a choice.” His bad choice could mean that Americans lose their own free will in the years to come. 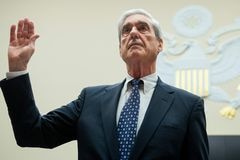 After Mueller fiasco, the only way left to defeat Trump is at the ballot box
July 25, 2019 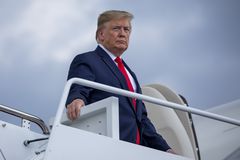 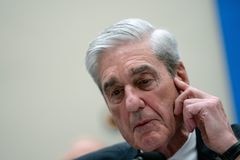