This weekend’s press-freedom issue aims to engage and remind you, our readers, why journalism matters – and to convey what is lost when journalists are not free to do their jobs.

In Canada, effective laws, hard won, now exist to protect journalists and their confidential sources when they are acting in the public interest, of which there is a clear legal test. And it is to the credit of the federal government that it has joined with Britain to launch a global initiative this summer aimed at defending press freedom and protecting journalists. Among the proposals raised ahead of a London summit in July, is the idea of legislation that would make targeting a journalist an internationally prosecuted crime, regardless of which country the threat took place in. 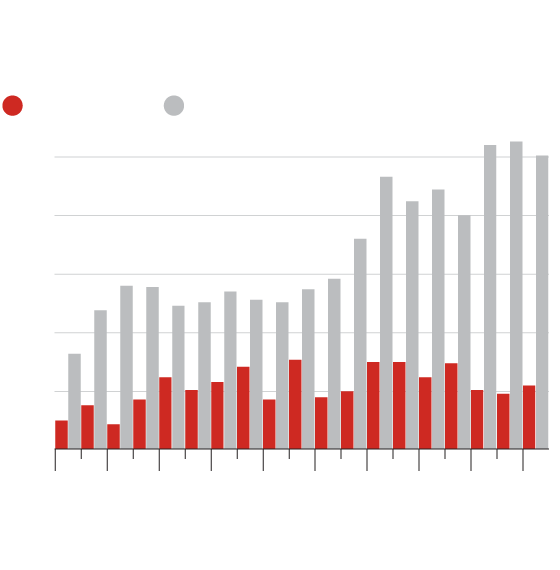 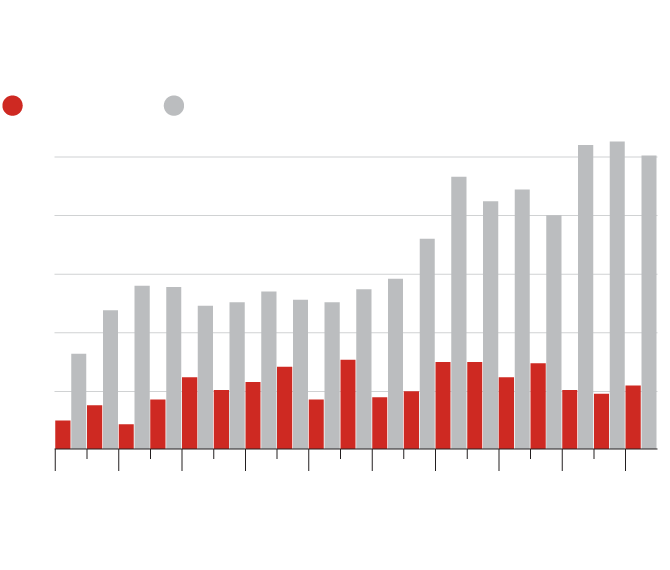 NUMBER OF JOURNALISTS KILLED AND IMPRISONED

THE GLOBE AND MAIL, SOURCE: COMMITTEE TO PROTECT JOURNALISTS

Earlier this week, the second annual World News Day was held around the world. It is a Canadian-led initiative organized by the Canadian Journalism Foundation (of which I am chair), where news organizations big and small on all continents have the chance to put their audience on stage and encourage them to tell the story of how meeting a journalist changed their life.

Sometimes meeting a journalist is the first time someone feels their voice has been heard. Our industry’s ability to amplify what is important to the underrepresented has never been more important. At its best, journalism can make a real difference to those who need help.

But all we have is the power of the pen, and in some countries, the ink is running dry. That is what is chronicled, over and over, in this special weekend issue.

A long time ago, as a young reporter with The Belfast Telegraph, I covered the violence in Northern Ireland. Petrol bombs, paint tins and loose nails all rained down. Snooker balls make a terrible din when they hit bone, concrete and steel. Each sound, though, is different. Occasionally, I heard gunfire in the distance.

It was many things, but it was never fun, and I sometimes wondered what was the point. Was this really news? Why was I giving attention to a tiny minority of attention-seeking troublemakers? But I always returned to the same conclusion: It was a story, and it was my job to tell it. It could not be ignored. That will have been why, late last month, the young journalist Lyra McKee was covering a single-street riot in Derry City. She, too, had worked at “The Tele” and was sharing in real time what she was witnessing. Her coverage ended with her life, taken by a bullet to her head.

To reduce the issue of press freedom to a single individual with all her life in front of her seems apt. The collective experience that journalists impart to you, the reader, is only as strong as the sum of its parts.

Ms. McKee will never again type a word or be allowed to bring wider meaning to the stories she so intelligently investigated.

The loss of press freedom, in all its guises, hurts us all. 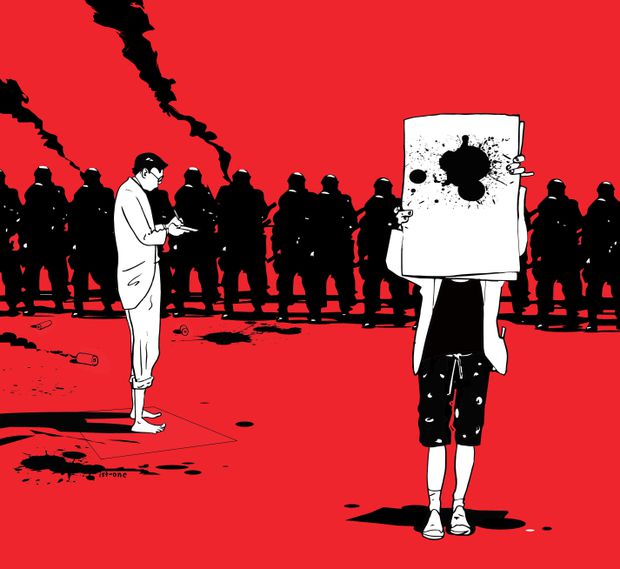 Doug Saunders: The silencing of journalists is an attempt to silence us all

You ought to be concerned about what is being done to journalists, more than ever, by people in power, and by the violent figures who hear their messages

Six months ago, the heralded photographer vanished in China’s western Xinjiang, where authorities have transformed a massive region into a militarized zone with a pervasive security presence. Here are his haunting images

Peter Jacobsen regularly acts for The Globe and Mail. David E. McCraw is deputy general counsel at The New York Times. Here is their conversation

Our work will only matter if people have the skills to distinguish between the factual and the fake, detect and weigh biases and assess the reliability of a wide range of sources

Read more
Marie Colvin died to show the world the brutal toll of war. Her legacy cannot be silenced

Marie had a mission that she turned into a vocation, and that was to go to the most violent and dismal places on Earth and bear personal witness to what man does to man

Read more
Our mother was killed for being a journalist. There is still no justice for her or her work

By investigating the circumstances around our mother’s assassination, a public inquiry will reveal what has happened to the country our mother held so dear that she refused to leave even in the face of death

The more extreme ends of conspiracy culture rely on the demonetization and vilification of the press, and the people promoting those theories do it to replace trustworthy news sources with their own, more profitable variety

Reading on our app? visit tgam.ca/press-freedom-coverage

Video: When journalists are threatened

Governments are deploying spyware on killers, drug lords – and journalists

Brian Gable: Why humour plays an important role in the fight for press freedom

Why I fight for local news

For Ontario’s student journalists, press freedoms are being undermined at home

How Syrian journalists took on sexist violence – and won change, through a fatwa

Globe editorial: Why a free press is democracy’s necessary nuisance

Mexico’s new President lashes out at journalists, increasing climate of fear for media

What are the greatest threats to press freedom around the world?