Re Spare A Thought For The Snowbird (Feb. 19): We do not need sympathy. We just want logic and fairness.

We are a group of “two legged avians“ in our late seventies. We know how lucky we are to escape the constant anti-arthritis drugs and the worry of picking up mail on an icy street. We all have children and grandchildren, and want them and all Canadians to be safe and healthy.

We understand the necessity of tests, quarantines or any other logical measures taken by health authorities. What we strongly object to is a mandatory hotel stay in a city where our own (lonely) housing is close to the airport and reachable by our own car. All this at a cost equal to our stay here in Mexico for two months.

Is the intention to stir public opinion against a small group of seniors who already did their duty to society?

I admire columnist Gary Mason for expressing publicly what we ordinary citizens cannot often do. I think it is the absolute worst, those flying south to get vaccines and flaunting it to the rest of us.

Re Gone and Barton’s Ignorance Plea Makes PM Look Bad (Feb. 13) I sincerely hope the injustice, as well as the irony, is not lost on readers when on the front page we see the faces of the opioid crisis – and in the same edition, Dominic Barton proclaims zero accountability for pushing sales of OxyContin during his time at McKinsey and Co.

Re Racialized Adults Should Be Vaccination Priority, New Guidance Suggests (Feb. 16): Given what appears to be a statistically established increase in vulnerability of racialized people, this “made in Canada” call to prioritize their vaccination should be a source of pride for all of us.

While the impatient among us point to higher vaccination rates elsewhere, I know of no other country considering such a wise and humane approach to this public-health emergency.

Root of the problem

Re Ontario Adds People Older Than 80 To Vaccine Priority List (Feb. 15): As a 78-year-old practising dentist, I am disgusted by the repeated omission of my profession on lists of priority health care workers eligible to receive vaccinations. Chiropractors, optometrists, massage therapists: These groups certainly don’t work at closer proximity to patients than dentists do.

We are tired of being ignored and unappreciated. Our patients and staff are very important to us. Concern for our safety should be acknowledged.

Re Finances Shouldn’t Determine Whether Canadians Are Able To Visit A Dentist (Opinion, Feb. 13): We cannot be truly healthy if we have diseased teeth and gums. One in every five Canadians cannot afford private dental care, and COVID-19 means the struggle to pay for a visit to the dentist has become harder for many due to the loss of jobs, income and health benefits.

The Parliamentary Budget Officer says that a national dental-care program would cost us $1.5-billion a year. Dental care should be part of Canada’s pandemic relief package to help fill the gap in access to oral health care.

Re Young People Are Missing Out By Skipping Workplace Retirement Savings Plans (Report on Business, Feb. 5): This issue of employee participation, and the fact that many employers don’t even offer a retirement plan, are a further reminder that increasing contributions to the mandatory Canada Pension Plan should be important for working Canadians.

I find this even supports the case for a separate mandatory plan for companies that don’t offer a retirement plan. Government workers, with their job security and rich defined benefit plans, shouldn’t be the only ones with secure retirements.

Re CPP’s Investment Arm Lags Behind Return Benchmark Amid Frothy Stock Market (Report on Business, Feb. 12): The Canada Pension Plan is designed to provide retired seniors with income, on which many rely. Participation is mandatory; one cannot opt out compared to an underperforming ETF or mutual fund. I believe comparison to acknowledged frothy market indexes is inappropriate; they go down, too, right?

The only published measure should be the actuarial analysis of ability to meet current and future payment obligations.

Re The Future Of Yonge, And A Better Toronto (Editorial, Feb. 13): Hurrah for Toronto city council’s vote to halve the space devoted to cars on Yonge Street, making more room for pedestrians that make up 50 per cent of traffic on the city’s central street.

Let’s hope council has the courage to make another far-sighted decision as recommended by architecture critic Alex Bozikovic (Gardiner East: Stretch Of Highway Or A New Neighbourhood? – Feb. 12). By combining the eastern end of the Gardiner Expressway with Lake Shore Boulevard, five acres of land could be opened up for housing and parks.

Re Highway 413 Is A Sprawl Accelerator (Editorial, Feb. 16): Build another highway? Yikes.

Most of us have seen the T-shirts showing the London tube system (add to that buses serving a population of over eight million, all the while with a river running through the centre of the city). It’s simply a matter of having an accessible public transportation system and a public with mindset to use it. Rolling out an efficient vaccination program is not the only thing that Britain seems to have got right.

Riding the system is usually interesting if we let it be, and stronger than a cup of coffee to get us going. It works, let’s do it.

It’s clear to me that Highway 413 is meant as a conduit to developing lands around the Greater Toronto Area that have been off limits, just as ministerial zoning orders have overridden local agreements in favour of further development – to the detriment of local environments.

Doug Ford claims to be a man of the people, but his people seem to be a small, privileged and wealthy group. The rest of Ontarians should remember that at the next election.

It’s high time Ontario’s New Democratic, Green and Liberal leaders told us which of the Progressive Conservative Party’s landscape-altering projects they will reverse should they be elected next time around.

Rather than simply criticizing what the current government is doing, let the citizenry and the developers know what they’ll be undoing. It would be so refreshing to have a person and a party to vote “for,” for a change, especially since the result of voting “against” has been disastrous for so many.

Instead of 50 kilometres of highway “cutting across rural areas of Caledon and then plowing through farmersʼ fields on the northern fringes of Vaughn,” I propose only 49 kilometres. With the $120-million saved, we could build a bike lane on every street in Toronto – with more than a little left over for other municipalities in the Greater Toronto Area.

Opinion
Sorry, snowbirds, there is little sympathy for your plight back home
Subscriber content
February 18, 2021 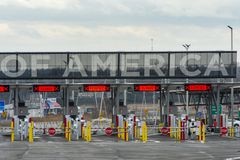 Canadian snowbirds weigh COVID-19 quarantine costs against tax and health insurance consequences: ‘We are all pretty nervous down here’
February 5, 2021 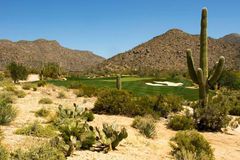