Coronavirus information
The Zero Canada Project provides resources to help you make the most of staying home.
Visit the hub
Contributed to The Globe and Mail
Published June 22, 2020 Updated June 22, 2020
Comments

Re Canada’s Drug Addiction Strategy Has Failed (June 19): Columnist Gary Mason’s solutions for Canada’s drug crisis are excellent, but I would contend that we must go much further. Full decriminalization of all substances, as was demonstrated in Portugal, would be essential but still not enough.

For example, I ran an addiction treatment facility in Toronto for 30 years. We constantly struggled with inadequate funding that frequently required staff reductions. We were never able to meet the demand for our services. This has not changed. Treatment funding should be radically increased and secured. But this will also not solve the problem.

That is because many people are not ready, willing or able to access treatment. Supportive harm-reduction programs and services, including supervised injection sites, are also urgently required.

Above all, our response to this crisis should be based on an understanding that drug use is not an individual failing, but at its root a reaction to systemic social and economic inequities. The pervasive stigmatization of drug users should no longer be acceptable.

Re Ottawa Plans ‘Fix’ To Migrant Worker Program (June 19): Although there are many things that should be done to improve Canada’s migrant workers program, most of which would require the drafting of rules and hiring inspectors, there is one thing the federal government could do quickly and without reference to provincial jurisdictions: Just remove the rule that says a worker has to maintain employment with a specific employer.

I have always thought it morally repugnant to create a group of “indentured servants” who can’t easily quit and find employment elsewhere. This would induce more employers to provide proper accommodation and good working conditions, or they would lose their workers.

The Review of the Roots of Youth Violence (Roy McMurtry and Alvin Curling, 2008), in which I was policy lead and principal drafter, sets out many individual actions and programs that would effectively address systemic racism in policing. Central to the whole report was a call for a cabinet committee on social inclusion and anti-racism to provide and animate a “governance structure that can align and sustain over the long haul the work required from [multiple] ministries, and at the same time can also support effective collaborative work with other orders of government and with communities.”

While directed to the Ontario government, this proposal should commend itself to the Prime Minister as a way to move beyond words to demonstrate a structural commitment to the systemic, sustained and collaborative change that tragically remains so urgently required today.

Re Why Did We Want A UN Seat, Anyway? (Editorial, June 19): I see it as shortsighted to suggest that a seat on the United Nations Security Council is just national window-dressing – globalization is inevitable despite the short-term retreat of the United States.

China recognizes the long-term importance of globalization as it pushes the far-reaching Belt And Road Initiative. I thought Stephen Harper underplayed the relevance of the UN, but it is still a vital check on single-nation global dominance.

The voice of Canadians, representing a progressive liberal democracy, should be seen as unique, relevant and important on the world stage.

Re Tory Candidates Face Off In English Language Debate (June 19): One thing that COVID-19 has not seemed to change is the tone of politics. Oh, I know there has been some back-patting across party lines and federal-provincial jurisdictions. But I’m sure this newfound milieu will be short-lived once we have our head above water.

Politicians should lay out their vision for this great country and identify how their policies will make things better. Constant personal attacks, by whatever political stripe, are wrong and there should be sanctions against such behaviour. We the people should demand better.

Re Tories Look To Be Sliding Into Comfortable Trap Of Mimicking Harper’s Approach (June 19): If there was any doubt that Conservative change is an oxymoron, I see it was put to rest with the party’s recent debates.

The race for its leadership began with much talk about the need for rebranding. Heavyweights such as John Baird talked about the need to modernize the party to create a new coalition of voters without becoming Liberal-lite – then chose not to run.

Despite the policy proposals now available from leading candidates, it’s clear to me the job will go to whoever is most palatable to the social conservative wing of the party. Once that’s settled, the new leader will talk of uniting the party’s Red and Blue Tories. That’s easier said than done nearly two decades after a marriage of reason.

Party strategists will likely bet that the postpandemic period makes the country sour on Justin Trudeau and nostalgic for Harper-era messaging, or there will be talk of more pivoting to appeal to a critical mass of voters. They better hope for the former, because the latter looks to be a near-impossible task.

Re Facebook Reverses Course, Pulls Trump And Pence Ads (June 18): Why shine the spotlight on Facebook and other social-media companies for solutions? I believe the problem comes from the source.

There are usually codes of conduct and communication protocols for our leaders that involve appropriate, transparent channels such as vetted press releases and press conferences. It should be clear that if leaders such as Donald Trump can’t live up to these standards, then it is up to the public to recognize this and turf them at the next election.

Reliance on Facebook censorship seems a symptom of a much bigger problem.

Facebook ads from the Trump and Pence campaigns “asked voters to sign a petition against antifa, a network of anti-fascist protesters.” So Donald Trump and Mike Pence are “anti-antifa.” Does that mean they are “profa?”

Re It’s Time To Make Masks Mandatory (Editorial, June 18): Doug Ford does not want to make masks mandatory in Ontario because such a law “would be too difficult to enforce.” Really? Using this reasoning, there should be no speed limits on highways! 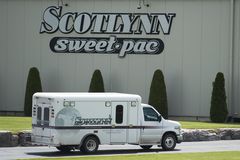 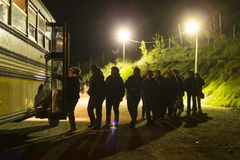 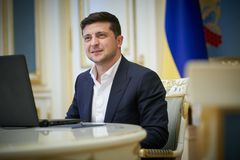