The window is closing on the possibility of the Senate being recalled to review and approve legislation that would effectively ban the practice of conversion therapy.

Senator Marc Gold, who represents the government in the upper house, shared a proposal earlier this month to recall senators during the summer to address Bill C-6. Leaders of the various Senate groups told The Globe and Mail they were discussing the request.

However, the Speaker has yet to call for the summer sittings, and many senators say they’re in the dark about whether they’ll be asked back. If an election begins in August or September and the Senate hasn’t passed Bill C-6, it will die and new legislation will need to be introduced.

“We had a meeting, there was clearly no agreement,” said Senator Scott Tannas, leader of the Canadian Senators Group. He said he didn’t know whether the government had made a decision on reconvening yet, but that the proposed summer sitting dates are approaching and he thinks the possibility has “slipped away.”

Mr. Gold’s proposal outlined that the legal and constitutional affairs committee, which would study the bill, should be done their work by July 26, with the Senate voting on the legislation by the 30th.

Before the committee could sit, the Speaker would have to recall senators, and they would need to have quorum in the physical chamber and vote to pass a motion allowing for virtual meetings over the summer. The committee would then require a few days to examine the legislation and potentially hear from witnesses before the Senate would once again reconvene and vote on the bill.

Even if the Senate was called back, this would all need to happen in just over two weeks to meet Mr. Gold’s deadline, and some Senators expressed frustration with this limited time frame.

“We can’t just rubber stamp it,” said Senator Paula Simons, a member of the Independent Senators Group who sits on the committee. “We are an independent Senate. And independent senators do not take marching orders from the government.”

Ms. Simons said she is a supporter of the bill and spoke passionately about it during second reading when she shared a story about her daughter.

“Conversion therapy destroys people’s lives,” she said. “We want to have the best possible legal regime to protect people from having their psyches damaged and their families destroyed by this bogus snake oil.”

Bill C-6 was one of four bills the House of Commons sent to the upper chamber at the end of June. The legislation would amend the Criminal Code to add conversion therapy, which is a widely criticized practice aimed at changing someone’s sexual orientation, gender identity or gender expression.

Conservative Party Senator Leo Housakos said in an e-mailed statement to The Globe this week that he supports the ban on conversion therapy but accused the government of playing politics with its public proposal to reconvene.

“The government’s inaction in the days since Senator Gold’s ‘urgent’ plea is another proof point of my assertions,” he said.

René Cormier, the Senate sponsor of the bill and a member of the Independent Senators Group, said he’s hopeful that they’ll reconvene this summer but that the leadership’s silence has made that seem increasingly unlikely.

“I’m going to continue working on this and I’m going to push to have this bill adopted,” he said, adding that if an election is called, he’ll work with the next government to introduce new conversion therapy legislation.

“In Canada we have the right to be who we are, and to identify as we want to,” he said. “It’s a matter of human rights.” 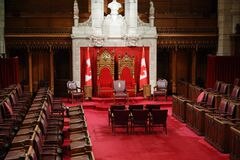 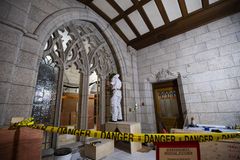 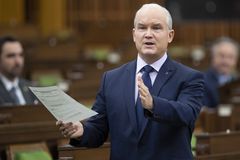