At 35, Ranjan Bains is back in school, studying 20-25 hours a week to earn his master's degree in business, without being in a classroom.

The Edmonton resident works for his family-owned day spa and is earning his degree through Alberta's Athabasca University, which offered the world's first online executive MBA in 1994.

"I wanted the flexibility of studying when I had the time," says Mr. Bains, who expects to graduate from the $44,500 program in early 2014. He organizes his studies around his day job, completing assignments for individual and group work at lunch, in the evening and on weekends.

A survey released this year by the Canadian Virtual University, a consortium of 12 English and French-speaking universities specializing in online education, reported almost 200,000 course registrations in 2009-10. Of CVU members who provided comparable data for 2001-2, all reported significant growth in registrations of between 16 per cent and 194 per cent over the eight-year period.

"It's pretty much the talk of the town at every meeting," says Stephen Grundy, a board member of CVU and vice-president academic of Royal Roads University, which offers an MBA that combines online learning and on-campus instruction. "The trend is for schools to be moving in the direction of more online delivery, but carefully."

Skepticism about the merits of earning a professional degree online, faculty resistance to virtual teaching and high attrition rates in exclusively online programs have been roadblocks to expansion.

But one measure of the growing global appetite for online MBAs is the emergence of international rankings, a staple of traditional programs.

In July, Britain-based QS Intelligence Unit released a first-ever global ranking of online MBA programs (based on several factors including employability of graduates and class experience). No Canadian schools were ranked, but American universities took seven of 15 spots on the list.

"While there isn't a definitive count of the total number of online MBA programs in the world, there are at least 300 on offer and the number is growing every year," the QS report states.

Laval University's faculty of business administration, an online pioneer dating to the mid-1990s, illustrates the evolution in thinking about virtual MBAs. Once an isolated after-thought, online learning is embedded in day-to-day teaching at the business school, with the focus on flexible options for students and meaningful pedagogical support for professors.

"Going 'distance education' is not the objective," says Jean-Francois Forgues, executive director of the school and manager of its instructional technology unit. "The goal is to respond to the needs of students."

To that end, Laval has created MBA courses delivered in various modes – some online, some in class and, increasingly, so-called blended or hybrid courses that complement online studies with intensive classroom sessions every two weeks.

In 1999, Laval had 200 registrations for blended courses, a tally that has grown exponentially to 4,000 this year. Currently, about 80 per cent of MBA students at Laval take at least one course in the hybrid mode.

As technology instructional manager, Mr. Forgues works closely with professors to adapt their courses to make the most of virtual learning opportunities.

"At our school, online learning is not a separate activity," he says. "Everyone is doing online distance learning and hybrid programs – it is in their job [description]," he adds.

Pedro Marquez, dean of the Faculty of Management at Royal Roads, says the hybrid model not only responds to demand but helps reduce high attrition rates that have dogged fully-online programs. His school has an attrition rate of about 8 per cent, with about 90 per cent of students graduating on time.

Like Laval's Mr. Forgues, Prof. Marquez emphasizes the need for strong support for teachers using e-mail, video conference and Web-based discussion groups to connect with students. "The key to successful online teaching is building a strong pedagogical model behind it."

Eight years after earning her MBA from Royal Roads, Victoria resident Bev McPhee looks back on its positive impact on her career.

In 2002, in her early 40s, she was self-employed, newly single and a mother of five teenagers. Within months of graduating in 2004 with top honours, she joined ISM Canada, a subsidiary of IBM. She is currently vice-president of customer experience.

"I needed more credentials on my résumé to be able to support five kids," Ms. McPhee says. "I kept working as a full-time independent and went back to school full-time."

Had she pursued a traditional MBA, she felt she would have been surrounded by twenty-something students with little business experience. She considered a fully-online MBA, but wanted face-to-face contact with other working professionals.

"I didn't just want to learn the content, I wanted a real discussion about what it [the course topic] means," she says. "The people who have experience with the practicalities [of the workplace] bring a richer discussion to the table."

As student demand for online grows, so does the impetus for collaboration among institutions, says Deborah Hurst, associate dean and program director for Athabasca's MBA program. "It is more difficult to try and create a blended program or some sort of online option when you are not set up to work that way."

Among several collaborations, Athabasca recently signed agreements with universities in Brazil and Singapore to offer online programs tailored to doing business in their respective regions. 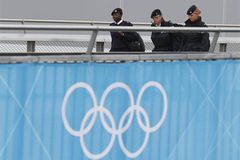 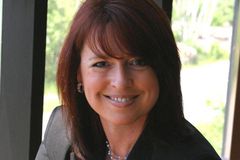 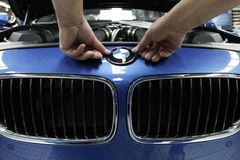 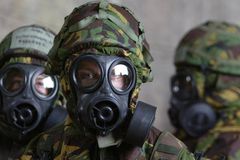 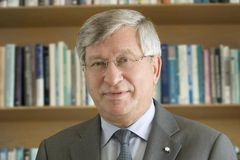 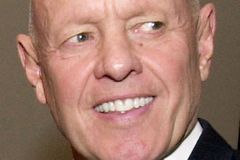