An image flashes on the screen and, in an instant, it's gone.

Derek Echevarria-Scott is making a point. The New York-based creative strategist for Instagram polls the room to see what people can tell him about the image, and while it was barely there, they answer easily: It's a van, a retro model, powder-blue with a white roof. He uses this exercise to show how quickly people process images, even if they've seen it for mere milliseconds.

This is the sales pitch that the social photo-sharing service, which was purchased by Facebook Inc. in 2012, is giving to marketers. Gathered at the Facebook offices in Toronto on this day are a team from Shomi – the video-streaming joint venture between Rogers Communications Inc. and Shaw Communications Inc. that's hoping to take on players such as Netflix Inc. – and Shomi's ad agency, Rethink.

The day-long boot camp is among the programs Instagram has been running for marketers since it announced two years ago that it would begin serving ads in its feed. (The service opened up to Canadian advertisers last year.)

Shomi has run ads on Instagram before. But the marketing team has come here for more in-depth advice on how to get noticed by users scrolling through the service on their mobile phones; and how to get results.

"People aren't friends with brands," says Nicole Lulinski, another member of Instagram's New York team. In other words, advertising has to look just as good and be just as entertaining as the photos and videos people are following from their friends and famous photographers if they hope to have an impact.

Increasingly, this is the reality for advertisers, and not just on Instagram. People are spending more and more time on mobile devices, where the banner ads we all ignore on our computers are tiny, barely readable and more extraneous than ever when seen on a smartphone.

Facebook makes more than three-quarters of its advertising revenue from mobile, in part because it puts the ads smack dab in the middle of the "news feed" that people scroll through on its social networks. For the moment, Instagram accounts for just a small fraction of that revenue, but it is growing. The average Instagram user spends a total of 21 minutes a day on the app. The company is training advertisers how to fit in, so that its 400 million monthly active users will accept branded messages as a natural part of the Instagram landscape.

While other media outlets are experimenting with "native advertising" – ads built to look like articles and other non-advertising content on websites – that's the only kind of advertising Instagram allows. To work, according to the lexicon in use here, ads should be "Instagrammy."

For advertisers who are used to thinking about producing more overt commercials, it can take some guidance to achieve that.

A&W Canada, for instance, participated in sessions like this partly to learn the Instagram style of photography – how images are lit, or the fact that food photos are often shot from above, as opposed to a side angle with "people holding things and smiling" that is so common in traditional advertising. Three years ago, the fast food chain did no digital advertising at all; now, while it still runs television commercials often, it has also increased its digital budget significantly.

"It will continue to increase, if it works," said Tom Newitt, senior director of marketing at A&W Canada. "You can test it and see business results."

Instagram uses Nielsen polling to measure how campaigns are doing, and has shown that these campaigns perform well in the number of people who can recall seeing the ad.

Sport Chek, part of Canadian Tire Corp. Ltd., has found that nearly 6 per cent of people like its photos on Instagram, or are willing to share the images with their own networks. On other social media platforms, such as Facebook, that number is closer to 1 per cent. Convincing people to engage is important.

"It's a way for us to earn distribution [of branded images], and to shift from a paid distribution model to an earned distribution model," said Frederick Lecoq, vice-president of marketing and digital strategy for Sport Chek. "Recommendations from friends and family have always been more valuable than advertising. The fact that some visuals are being endorsed by users has a bigger impact on their network."

This year, Sport Chek ran the "My North" campaign around the basketball season, and the company's Instagram account reposted photos from Torontonians showing their views of basketball culture around the city.

"Retailers, we've got bad habits. We're trying to put our flyer everywhere," Mr. Lecoq said. "Sometimes, you need to get away from a transactional piece of content to drive more sales."

At the Facebook headquarters, the Shomi team works on the polling questions it wants to focus on, and other tracking to measure the effectiveness of the campaign. Driving people to sign up for a free trial is the primary goal, but they are also looking at whether the images boost awareness of the service.

Meanwhile, the ad agency breaks up into smaller groups to scribble ideas into notebooks alongside the Instagram team.

Sessions such as this started out as two- to three-day affairs when advertising on the service first began. Now, they typically last a day.

"We used to be protective [of the aesthetic], and we were so good at that, brands are intimidated, they don't know if the creative is good enough," Mr. Echevarria-Scott says. That has created an opposite problem: Advertisers whose work is "too native" – that looks gorgeous, but does not get the brand message across.

The campaign Shomi is developing this session will run in late January. It has run advertising on Instagram before, targeting millennials. But as people's familiarity with digital media grows, it is not exclusively the realm of those younger, digitally savvy consumers. The upcoming campaign is targeted at Generation X parents, aged 35 to 50, who are just as likely to use services such as Netflix – and social media such as Instagram.

The teams reconvene to show off their ideas. Ms. Lulinski has mocked up an idea for colourful collages based on individual shows, which she designed to have the look of a "high-end print ad." Dré Labre, partner and creative director at Rethink, suggests manipulating the yellow line in the Shomi logo to create images related to shows.

Mr. Echevarria-Scott praises the best ideas as "thumb-stopping" – a popular term for content that will slow the scrolling motion Instagram users do with their thumbs to look through images.

Facebook is doing its own marketing work to push the platform as an ad vehicle. In November, it held an event for advertisers at the Royal Ontario Museum in Toronto, showcasing brand work. It has created a booklet highlighting advertisers who get the look of the platform – such as eyeglass maker Warby Parker, General Electric and outdoor clothing company Patagonia – as well as trends in Instagram photography among users that they might want to keep in mind for their own shots. These include the use of silhouettes, blurring photos on purpose, symmetry, and "things organized neatly."

It's a delicate balance for advertisers: making sure the ads are noticed and communicate a commercial message – but also don't feel like ads.

"We need to make sure it's not a blatant interruption," said Rita Ferarri, director of product and brand marketing at Shomi. "We don't want to stand out like a sore thumb as an advertisement." 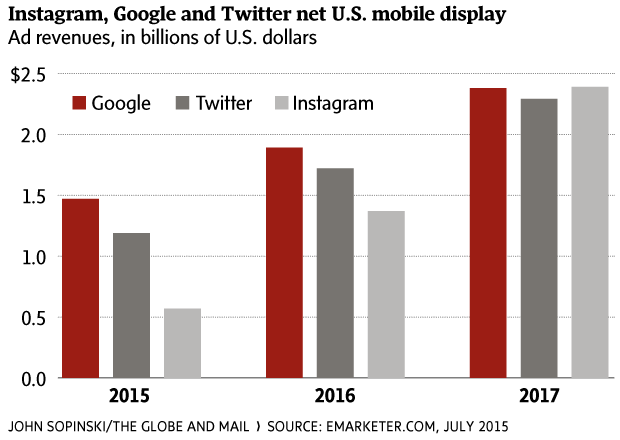 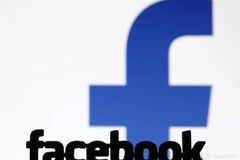 How to use Facebook to maximize your business presence
November 3, 2015 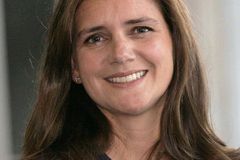 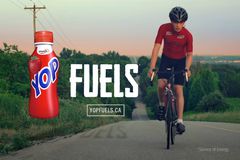