A growing number of Canadian angel investors are betting on the future of cannabis as stigma around investing in the industry fades ahead of legalization plans later this year.

These investors, from friends and family to entrepreneurs and career venture capitalists, liken the current climate to the end of prohibition or the gold rush, where potential and opportunity abound, especially in the burgeoning ancillary market and development of derivative products.

Angel investors are also being enticed by the prospect of Canadian companies becoming global leaders in the space. Uruguay is currently the only country where marijuana is fully legalized nationally. In the United States, laws differ from state to state, often conflicting with federal regulation, which still deems marijuana illegal.

The Canadian cannabis market alone, excluding ancillary businesses, is expected to reach about $11-billion by 2024, with an estimated annual demand for more than 900,000 kilograms of cannabis, according to a research note by Eight Capital this month.

"When I first started making angel investments in cannabis companies, they would sweat blood to raise half a million or a million dollars," said Vancouver-based Locarno Capital founder Sam Znaimer, who began investing in the legal cannabis industry about four years ago. "It would take a long time, and it was a very laborious process. That is very different now."

When the company tried to pitch their idea for the nascent cannabis market to investors back in 2014, it was a tough sell. "They kind of chortled and laughed at us," chief executive John Prentice said. "'Oh, you're going to service 12 customers? Congratulations!'"

Today, Mr. Prentice said there is an enormous amount of capital coming into the marijuana space from a spectrum of investors, including angels. Meanwhile, those dozen or so licensed cannabis producers now number 89, according to government data. Ample Organics represents some 70 per cent of them, Mr. Prentice said, tracking products from the grow room all the way to the patient.

While cannabis producers have garnered the most attention, a number of experienced angel investors say the window has already closed on investing in early-stage cannabis growing operations, and that opportunity exists mainly in other areas of the market.

"If someone is sitting in their basement and thinking I'm going to get into the weed business and I'm going to go and start a weed plant, I think they're delusional," said Jason Martin, a cannabis angel investor who has done four pre-IPO deals, two of which have since gone public.

As of Feb. 1, there are 244 applicants in the review stage of becoming licensed producers, Health Canada said, in what is an extremely costly, multiyear application process.

These potential new entrants also face the daunting task of competing against established producers such as Canopy Growth Corp. or Aurora Cannabis Inc., both with market capitalizations of more than $5-billion.

Toss in regulatory oversight, real estate and other expensive costs, and investing in a new marijuana-growing business is a pricey and risky undertaking, angels say.

"It's almost suicide to get an application in now or over the last six months," said Khurram Malik, a partner and analyst covering the cannabis sector at Jacob Capital Management Inc. "The growth side is more or less spoken for now, if you haven't gotten in already."

Angel investments have a more meaningful impact on companies that are less capital intensive than producers, investors say.

Some angels are adopting a diversification strategy, investing in different parts of the marijuana production chain. Accelerators such as Leaf Forward help connect investors with early-stage cannabis entrepreneurs.

These may include firms in the emerging ancillary and derivative products market, such as technological support, laboratory services, equipment supply, packaging, dispensaries, edibles, oils, concentrates and hemp. Derivatives such as food items are expected to become legal about a year after the legalization bill goes into effect.

Regulatory requirements are far less onerous and it is typically cheaper to launch these types of businesses, and there is less competition from established players.

"I can attest there has been a very, very strong interest in investments in those projects among angel investors," said Mr. Znaimer, who worked as a venture capitalist for 30 years prior to investing in the marijuana industry.

One of Mr. Znaimer's investments, Anandia Labs Inc., which provides analytical services such as testing for potency and pathogens, completed a $13.4-million financing round in January. Roughly two-thirds of the capital was raised from more than 50 different angel investors, said Anandia's chief financial officer, Bill Adams.

Still, not everyone is buying the hype.

Manny Padda, named angel investor of the year by the National Angel Capital Organization in 2016, is a skeptic, noting that it takes five to seven years to see a return on an angel investment.

"I don't think the values for cannabis, where it is right now, will hold five to seven years down the road," said Mr. Padda, who has only done some cannabis investing in the public market. "To bet on where the regulation is going to be in five to seven years just adds another dimension of risk and ambiguity."

Angels also caution that due diligence is essential, noting the hype surrounding cannabis is luring inexperienced investors to questionable businesses.

"It's going to be a bubble for the next couple of years, I think, that is very similar to what happened around the dot-com bubble," Mr. Martin said, calling the current environment a "mad stampede." But he said business fundamentals are underpinning the cannabis buzz.

"Right now, it's frothier, it's more inflated than it should be … and that's just because of the excitement." 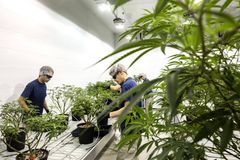 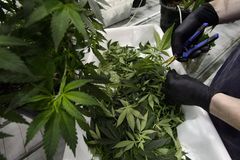