So much for the fretting, hand-wringing and teeth-gnashing. It seems that in the end, Toronto learned to stop worrying and love the Pan Am Games.

In the run-up to the games, it seemed the largest multisport spectacle ever to be held in Canada was destined to be a colossal and epic fail. But it seems all that worry wound up being for naught.

Sure, there were some slower commute times, and not every event sold out, but with 217 medals over all and some unforgettable moments along the way, it's clear Torontonians and many Canadians outside the country's largest city bought in and embraced the event.

If the Pam Am Games leave a lasting legacy, it will be that Canadian athletes, and indeed the event's organizers, provided a compelling example of why we should always shoot for the top.

The Pan Am 2015 Committee had a vision and stuck to it, despite worries about traffic snarls, commuting delays and naysayers worrying about unsold tickets. Now, Toronto is talking about bidding to host the 2024 Olympics.

So what can we learn from the Pan Am experience? I would suggest that the lesson is that big ideas are the ones that leave a legacy.

It's easy to lose sight of the big idea when it feels too bold, too risky or too different. All too often, small businesses are scared off from bold thinking by worrying about the potential downfalls. Instead of letting your big idea get lost in the execution, fight for it. Be bold. Be fearless.

In life, as in business, it's often too easy to aim for campaigns or strategies that are "sixes and sevens" (out of 10). Sixes and sevens are easy, comfortable. Good, but not great. They get the job done, but they don't shatter expectations or blaze new trails.

Pan Am taught us we should aim for a 10.

Hosting the event in the sometimes indifferent Toronto? Booking Kanye West for the closing ceremonies? Using the Pan Ams as a potential audition for the Olympics? That's not playing it safe.

Red Bull is another great example of a brand that takes huge risks. From ideation to follow-through, Red Bull proves that big ideas and big executions really can pay off.

There aren't many brands out there that would bankroll Austrian daredevil Felix Baumgartner's free fall jump from the edge of space, but Red Bull kept the faith. Baumgartner successfully completed his fall from 39 kilometres above Earth and Red Bull achieved its goal of sponsoring his bid to break the Guinness World Record. Red Bull is forever associated with that event.

Before Elon Musk became a household name and a guest star on The Simpsons, he was a guy with an idea to create a brand-new car company that specialized in high-end luxury cars … that ran on electricity. Of course, Tesla's track record speaks for itself, and Mr. Musk is now looking to even bolder visions (Hyperloop or Space X anyone?) even as his detractors continue to scratch their heads wondering how he did it.

If you truly believe in your idea, stick with it, even if it seems like a long shot. Taking advantage of an opportunity and meeting needs with straightforward solutions is the name of the game.

For Toronto, the Pan Am gamble paid off. The city is now home to a number of new sporting venues and a new neighbourhood of converted athlete residences, and it may be on the fast track to hosting the biggest sporting event in the world.

(Sure, there are costs associated with all of this progress, and we'll have to wait to see the final price tag, but no one said that thinking and acting big didn't carry some cost from time to time.)

For small businesses not afraid to stand behind big ideas, bold thinking can be an opportunity to send your brand into a whole new stratosphere.

Forget sixes and sevens. Aim for a 10. 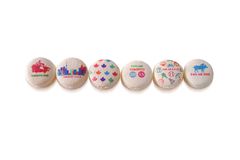 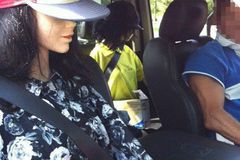 Pan Am boom is a bust for many downtown Toronto businesses
May 15, 2018 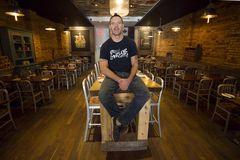