Why did Boris Johnson quit? How we got here

‘Partygate’ and the Gray report

Britain’s first COVID-19 lockdowns, like similar measures around the world, forbade many kinds of in-person social gatherings. But from May of 2020 to April of 2021, staff at Mr. Johnson’s Downing Street residence and other government offices held 16 dozen boozy parties that flouted those rules, according to an independent probe of the matter by senior civil servant Sue Gray.

When the allegations, dubbed “Partygate” in the British press, emerged publicly in November of 2021, Mr. Johnson denied he or his people had broken the law, but when London’s police force investigated the claims, they fined 83 people, including Mr. Johnson.

The Gray report, whose final version came out this past May 25, exposed a widespread drinking culture across the British government that didn’t stop for the COVID-19 pandemic: Staff broke lockdown rules to celebrate Mr. Johnson’s birthday, mourn Prince Philip or send off coleagues who were leaving their jobs.

For some of Mr. Johnson’s last die-hard supporters, the final straw came on July 1, when Chris Pincher, the Conservatives’ deputy chief whip, quit his post after admitting to groping two men while intoxicated.

Mr. Johnson apologized on TV for appointing Mr. Pincher, who had quit another government whip job in 2017 when he faced a complaint for making an unwanted pass at Conservative candidate Alex Story. Mr. Johnson tried to deflect questions about what he knew about the whip’s behaviour and when; Mr. Johnson said he had been told about the past allegations against Mr. Pincher, but forgot.

Partygate fuelled dissent in the Conservative ranks, and on June 6 it came to a vote of no confidence: 211 voted to support Mr. Johnson, and 148 to oust him.

But the Pincher allegations brought the revolt against Mr. Johnson into his inner circle: On the day of his televised apology, the finance and health ministers quit the government on July 5, with some three dozen junior ministers following suit. This is what set the stage for Mr. Johnson’s resignation speech on July 7, in which he accused the party of peer-pressuring each other, and then him, to take this step:

In the last few days, I’ve tried to persuade my colleagues that it would be eccentric to change governments when we’re delivering so much and when we have such a vast mandate ... And I regret not to have been successful in those arguments, and of course it’s painful not to be able to see through so many ideas and projects myself. But as we’ve seen at Westminster the herd instinct is powerful and when the herd moves, it moves.

Who might replace Boris Johnson as prime minister, and when?

Mr. Johnson plans to stay on as prime minister until the fall while the party decides who to take his place. In the meantime he’s been filling cabinet posts left vacant by recent resignations; check the U.K. government website for the latest list of ministers.

Any candidates who come forward to replace Mr. Johnson must be nominated by two other Conservative MPs, and there are several names already under discussion.

Next steps in the Conservative leadership race

Once a list of candidates takes shape, the parties hold several rounds of secret ballots where the person with the fewest votes is eliminated. The process repeats until only two people are left, and the general membership of the party decides who wins by a postal ballot.

For more than 20 years, Mr. Johnson has been Britain’s pre-eminent political escape artist, surviving scandals and conflicts within his party that might have ended the careers of other politicians. When he leaves Downing Street, it remains to be seen what he will do next; for now, he leaves a complicated legacy on issues from Brexit to COVID-19. Here’s an overview of his time in power and how it fits into Britain’s recent history.

Note: Johnson resigned on July 7 but said he

would remain in office until a new prime 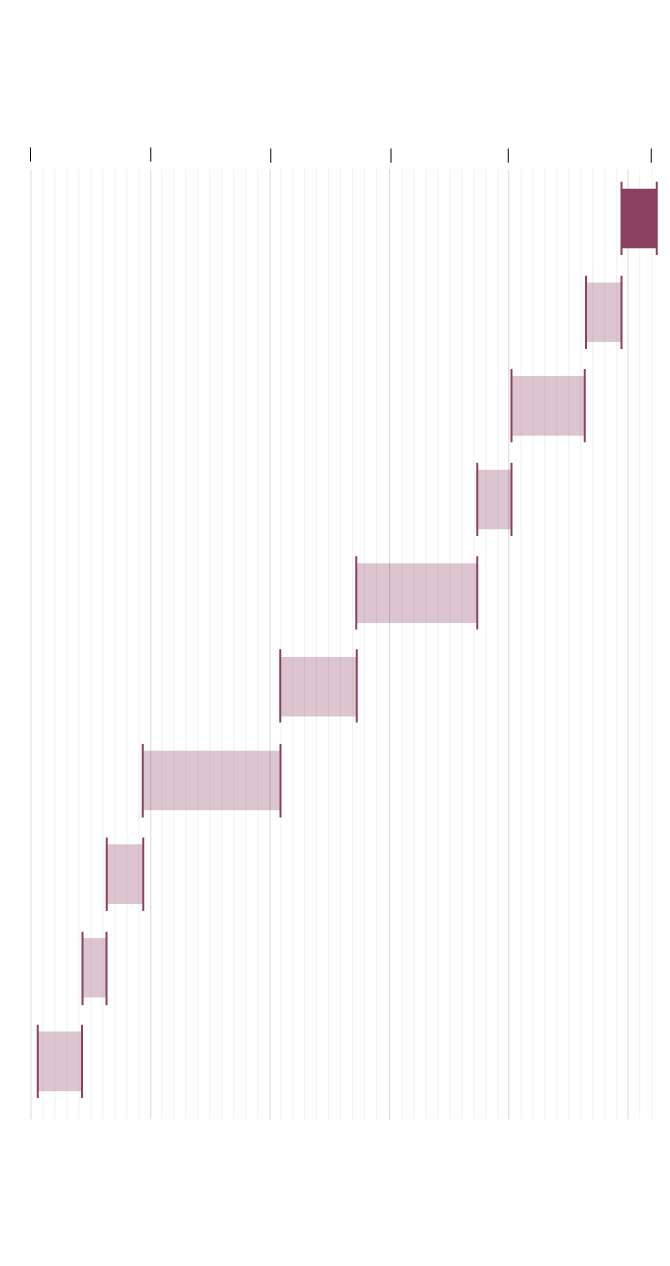 Note: Johnson resigned on July 7 but said he would

remain in office until a new prime minister was chosen. 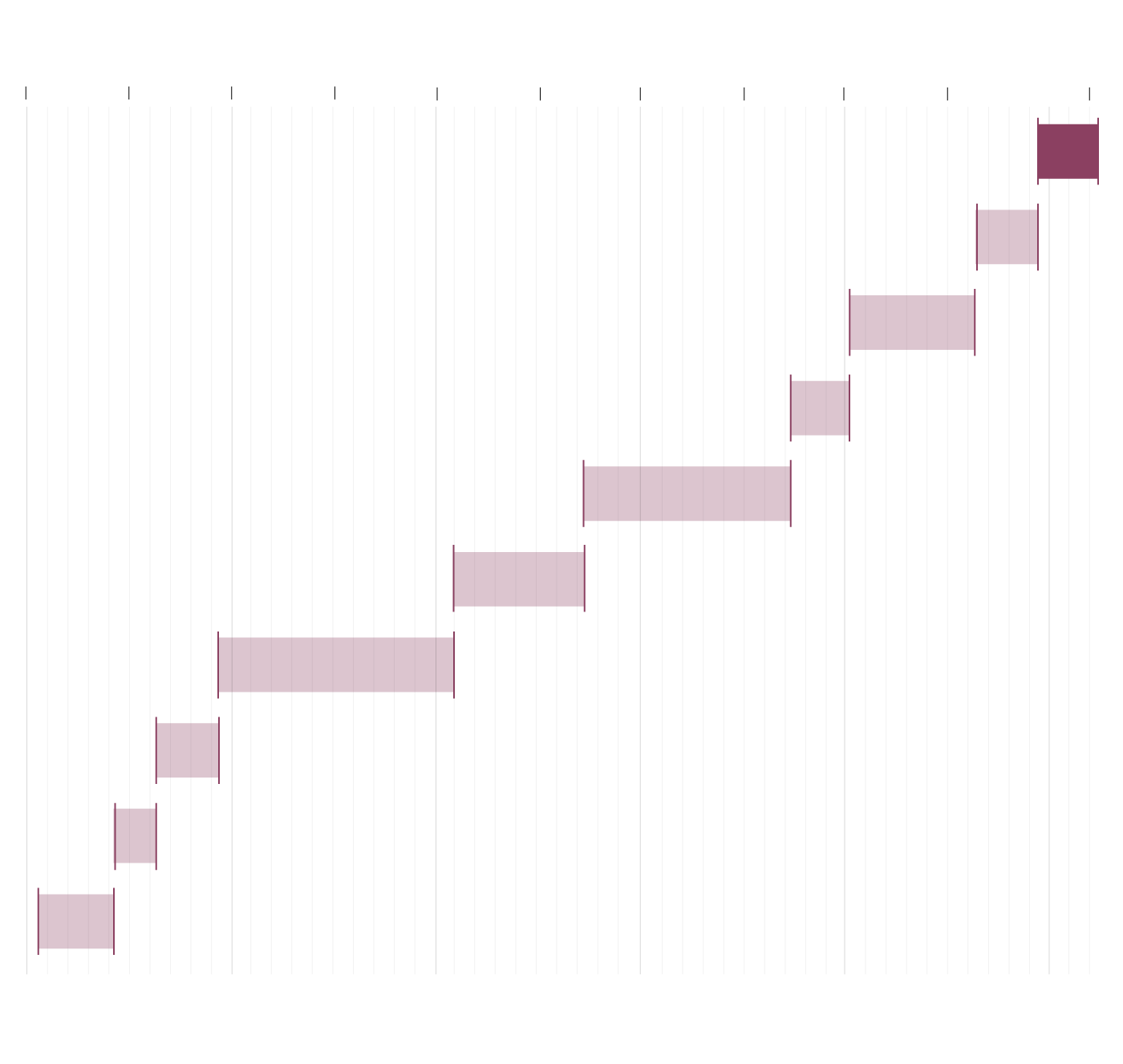 British prime ministers by days in office since 1970

Note: Johnson resigned on July 7 but said he would remain in office until a new prime minister was chosen.

After eight years as mayor of London, Mr. Johnson in 2016 became co-leader of the Leave campaign in a national referendum to lead Britain out of the European Union. This pitted him against David Cameron, a fellow Conservative who supported remaining in the bloc; when the Leave side won, Mr. Cameron resigned. The next prime minister, Theresa May, made Mr. Johnson her foreign secretary but he quit in 2018 because Ms. May supported a “soft” Brexit that would keep British and EU trade rules closely aligned, whereas his “hard” Brexit camp wanted a clearer separation. Parliament didn’t get behind Ms. May’s Brexit plan either, so she quit on June. 7, 2019 - three years to the day before Mr. Johnson’s resignation announcement - and Mr. Johnson won the race to replace her.

When Mr. Johnson took office on July 24, 2019, time was running out to avoid a “no deal” Brexit, a separation from the EU without any free-trade agreement to replace it. His government was in a minority, depending on Northern Ireland’s Democratic Unionist Party to pass legislation, so to prevent opponents of a no-deal scenario from opposing him he decided to prorogue Parliament until mid-October (a move that the Supreme Court later said was unlawful). MPs cobbled together a motion asking the government to seek an extension to Brexit talks, and 21 Conservative MPs broke ranks to support it; they were later expelled from the party. Now with a deadline of Jan. 31, 2020, Mr. Johnson dissolved Parliament and won a majority in December elections; with days to spare before the deadline, Britain and Europe’s parliaments approved his Brexit plan.

Weeks after his government put Britons into their first lockdown on March 23, 2020, Mr. Johnson was one of the first major world leaders to contract the virus, which put him in hospital for more than a week. That experience didn’t deter him or his staff from holding the “Partygate” events noted earlier. When he was fined for attending one of the parties during lockdown, the opposition characterized him as Britain’s first prime minister to have been shown to break the law while in office.

Doug Saunders: A moment of madness brought Boris Johnson to power, but his clownish contempt lost its appeal

Tom Rachman: Conservatives realize Boris Johnson might not be so great after all

From the archives: Paul Waldie on recent U.K. politics

Reuters and Associated Press, with reports from Paul Waldie