Canada “does not censor” what it posts to Chinese social media, a Foreign Affairs official said, after a report raised questions about how countries communicate on the tightly controlled Chinese internet.

Authorities in China routinely delete and otherwise restrict communications made by foreign embassies on the Twitter-like Sina Weibo, whose reach to large numbers of Chinese people has made it a desired location for “weiplomacy.”

But a report this week that documented the censorship taking place also pointed out countries whose Weibo posts are not being aggressively censored, including Canada, calling into question whether they are redacting themselves.

In at least two instances in the past month, messages posted to Weibo by the Canadian embassy in Beijing differ substantially from those posted to Twitter.

But “the embassy does not censor its messaging on social media and its posts are open to public comments by people in China and around the world” said Brendan Sutton, a spokesman for Global Affairs Canada.

“The promotion and protection of human rights remain core to our engagement with China,” he added.

Mr. Sutton, in an e-mailed comment, offered no explanation for the discrepancies in the Canadian embassy’s posts to Weibo and Twitter. In one case, a Weibo post on World Press Freedom Day did not include language used elsewhere on the need for an independent judiciary to safeguard media freedoms. China’s courts are controlled by the Communist Party.

In another case, the embassy posted to Twitter, but not to Weibo, a statement calling for the immediate and unconditional release of Tashi Wangchuk, an advocate for Tibetan-language education who was sentenced to five years in jail.

Instead, it posted to Weibo a picture of Mr. Tashi without including his name in an accompanying post that linked to the Chinese constitution and quoted from it: “All nationalities have the freedom to use and develop their own spoken and written languages and to preserve or reform their own folkways and customs.”

That post has evaded censorship, and “using a line from the Chinese constitution to highlight the hypocrisy at play is particularly clever,” said Fergus Ryan, the author of the Australian Strategic Policy Institute report released this week, called Weibo Diplomacy And Censorship In China.

But “if their aim really is to call on the Chinese government to release Tashi Wangchuk immediately and unconditionally, they should say that publicly on Weibo,” Mr. Ryan said.

Questions over Canada’s social-media presence in China reflect the broader debate over its relationship with a country that now possesses tremendous global influence, but is ruled by an authoritarian government.

China’s enforcement of a strict censorship regime poses difficulties for any public communication inside the country for Chinese citizens, foreign corporations and governments alike.

In China, other countries tend to direct human-rights criticism primarily at the government itself, said David Mulroney, a former Canadian ambassador to China who is now president of St. Michael’s College at the University of Toronto.

In contrast, he saw Weibo “as a vehicle for letting Canada speak for itself. We helped our Chinese followers discover things about Canada through our site - everything from food, tourism options and education destinations to Canadian views on human rights, religion and the environment,” said Mr. Mulroney, who credited former diplomat Mark McDowell with creating the Canadian Weibo presence.

But “you want to be heard, not shut down,” he said, adding: “Weibo is best if you are seen to be engaging people in a respectful conversation.”

Foreign governments need to toe a “fine line,” particularly when communicating with the Chinese public, where elements are sensitive to outside criticism, said Yuezhi Zhao, who holds the Canada research chair in communication and media studies at Simon Fraser University.

“Do you really want to present a strong message to the point of antagonizing your followers?” she asked.

Yet Mr. Ryan believes more needs to be done to reveal the way the dialogue of foreign countries is being conducted – and altered – inside China.

“I would urge the Canadian embassy and the embassies of other like-minded governments to start cataloguing instances of censorship and publish them to reveal the extent to which their legitimate online public diplomacy efforts are being curtailed in China.” 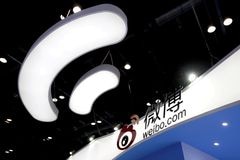 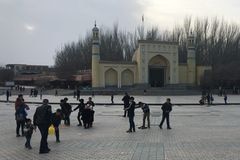 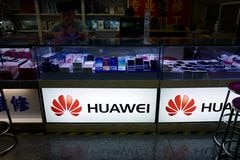