After 557 days of interrogation and incarceration in facilities where the lights are kept on day and night, Michael Kovrig and Michael Spavor have been formally charged by Chinese authorities, accused of espionage – a crime punishable by life in prison.

The charges against the two Canadians, which carry a minimum sentence of 10 years, represent the formal commencement of judicial proceedings against them in a justice system with a conviction rate of more than 99 per cent.

In both cases, the charges were made “with particularly serious circumstances,” Chinese Foreign Ministry spokesman Zhao Lijian said Friday, using language that indicates a potentially harsher penalty under Chinese law. “The facts of the crime are clear, and the evidence is indeed sufficient,” Mr. Zhao said. He declined to provide any details of evidence against the men or say what they are accused of doing.

Mr. Kovrig is a former Canadian diplomat who has worked as a senior adviser for Northeast Asia for the International Crisis Group.

Mr. Spavor is a businessman who helped arrange travel to North Korea. He is “a peaceful man interested in reconciliation between North Korea and the world and between the two Koreas,” said his friend Jacco Zwetsloot. “He’s not a political man. He’s not a spy or secret agent.”

Mr. Kovrig and Mr. Spavor were both arrested Dec. 10, 2018, just days after the arrest in Vancouver of Huawei executive Meng Wanzhou. China has called the case against Ms. Meng a political prosecution and has repeatedly demanded her release from Canada, where she has been out on bail and living in her two multimillion-dollar Vancouver homes.

In China, meanwhile, Mr. Kovrig and Mr. Spavor were initially interrogated for six to eight hours a day by state security officials. They were then placed in detention centres, where they have been kept under 24-hour lighting, with officials cutting off consular access after mid-January, citing the pandemic. The men have also not been allowed to see their lawyers. Visits can resume “after this situation gets better,” said Mr. Zhao, referring to the outbreak – even though Chinese officials have declared it under control.

Prime Minister Justin Trudeau expressed displeasure Friday that China had laid charges against the two men, but would not say whether Ottawa planned to get tougher with Beijing.

“We are, of course, disappointed with the decision and the next step taken by the Chinese in the case of the two Michaels and we offer all of our support … to the families of Michael Kovrig and Michael Spavor, who are obviously living a difficult moment,” he said.

Mr. Trudeau said Canada continues to protest the arbitrary arrests of the two men and is using a wide range of diplomatic measures, including enlisting the support of allies, to advocate for their release and return to Canada.

He said the difficulty is that China has linked their fate to the arrest of Ms. Meng and expects Ottawa to free her before anything can be done to help the two Canadians.

“We have highlighted that there is an independent judicial system in the case of Madame Meng under way in Canada and we will not … and must not and cannot interfere in the independence of our judiciary in this country,” he said. “The Chinese authorities have directly linked the case to the two Michaels to the judicial proceedings against Ms. Meng, which is extremely disappointing because, for us, there are obviously no links.”

He would not say whether he believed the two men are being held hostage by China.

Conservative Leader Andrew Scheer deplored the treatment of the two men and blamed the Prime Minister for failing to take a tougher stand against China.

“Justin Trudeau’s weak leadership and naive approach to Beijing has let Canadians down,” he said. “This case should be being dealt with at the highest levels. But Justin Trudeau has repeatedly refused to intervene.”

Mr. Scheer said Mr. Trudeau should have pulled Canadian money from the Beijing-based Asian Infrastructure Investment Bank and should ban Huawei from Canada’s 5G telecommunications network, as the United States and other allies have done.

He also took aim at Foreign Affairs Minister François-Philippe Champagne for having two mortgages with the state-run Bank of China for two apartments in London. The Globe and Mail has reported the initial mortgages were valued at $1.7-million and the current balance is $1.2-million for the two flats, which were purchased in 2009 and 2013.

“His decision to pick a Minister of Foreign Affairs who is indebted to a bank owned by the Chinese Communist Party has only further weakened Canada’s position,” Mr. Scheer said. “This is the same minister who just three years ago said that ‘China stands out as a beacon of stability, predictability, a rule-based system, a very inclusive society.’ I highly doubt Mr. Kovrig or Mr. Spavor would agree.”

365 days of detention in China: What life is like for Canadians Michael Spavor and Michael Kovrig

The decision to prosecute the men, who have been widely described as victims of “hostage diplomacy,” comes after a British Columbia court denied an initial application for Ms. Meng to be released from Canada, where she is fighting extradition to the U.S.

U.S. prosecutors have accused her of fraud related to the violation of sanctions against Iran. Her lawyers say she has committed no crime. Asked about China’s position on hostage diplomacy, Mr. Zhao dismissed the question as both malicious and irrelevant, saying: “Maybe you should ask the Canadian government about hostage diplomacy.”

Before the filing of formal charges against Mr. Kovrig and Mr. Spavor, Chinese procurators – as prosecutors are known in China’s civil law system – had the option of rejecting the case against them and releasing them.

Chinese law mandates procedural timelines that made it likely charges against the two Canadians would be filed by this weekend.

But now that they have been charged, they are likely to face trial and sentencing, a process that can take years.

“The statistics that are available make clear that once a case – especially a case involving state security charges – progresses to this stage, a trial is almost inevitable and unfortunately conviction is pretty much certain,” said Joshua Rosenzweig, who leads Amnesty International’s China team. The cases against the two Canadians have been “plagued by obvious violations to their rights to a fair trail. The length of time that it’s taken so far even to get to this stage flies in the face of international standards on fair trial.”

If countries “have not already begun to reassess the risks that people working in China face, then they’re far too late to the game,” he said.

The formalization of charges against the two men “makes it less likely they’ll be released soon and more likely they will be detained for some time,” said Gordon Houlden, a former Canadian diplomat who is director of the China Institute at the University of Alberta.

For China to release the two men now would “underline that it is a political decision to arrest them and release them – and not something as determined by the aegis of the court itself,” he said.

But, he said, “from the aspect of law in China, once the procuratorate organ makes such a decision, it means the case formally enters the court stage and moves toward trial.” Because the charges involve state secrets, “it’s very likely the trial won’t proceed openly, there will be no observers and the verdict and case information won’t be made public, either.”

Kevin Garratt, a Canadian citizen who was accused in China of state secrets violations, waited nearly four months after he was charged for his case to go to trial. Like Mr. Kovrig and Mr. Spavor, Mr. Garratt was arrested in the midst of extradition proceedings in Canada against a Chinese citizen, Su Bin, who eventually pleaded guilty in the United States to conspiring with hackers in the U.S. to steal defence secrets.

In an interview Friday, Mr. Garratt recalled feeling helpless when the charges against him were formalized.

“I couldn’t do anything,” he said. Things were “in motion, and there really was no option – it had all been predecided.”

He was eventually sentenced to prison, then deported.

For China, he said, “very unfortunately this behaviour is getting predictable.”

Critics, however, accuse the Chinese government of acting against its own interests. The charges against Mr. Kovrig and Mr. Spavor are “a desperate act by Beijing to shore up its power in the postpandemic world amid the accusation of a cover-up earlier. But it’s a miscalculation. I think it will backfire,” said Lynette Ong, a scholar of authoritarian politics at the University of Toronto.

“The tide is turning against China postpandemic. We are starting to see a united front against it.”

With reporting from Robert Fife in Ottawa. 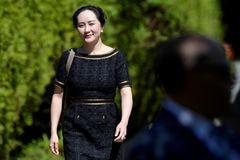 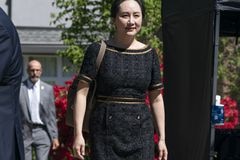 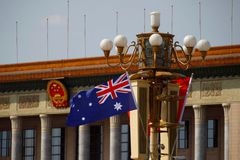