Since early November, the fighting between Ethiopia’s federal troops and the ruling forces in the country’s northern region of Tigray has killed hundreds of people and sent tens of thousands into Sudan. And despite the federal government’s promise of a quick victory, the escalating conflict is pushing Africa’s second most populous country toward a protracted war and a humanitarian crisis that could further destabilize the strategic but turbulent Horn of Africa.

Since its start, The Globe and Mail’s Africa bureau chief, Geoffrey York, has been analyzing the politics and the toll of the fighting. To catch up, here’s a primer on the conflict and why it matters.

Food has run out for nearly 100,000 refugees in Ethiopia’s Tigray region, UN says

Why is Ethiopia’s government in conflict with the Tigray People’s Liberation Front? 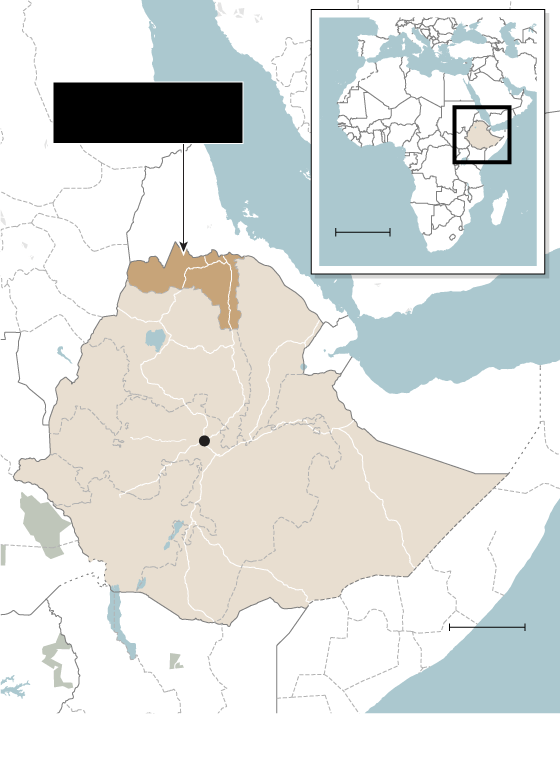 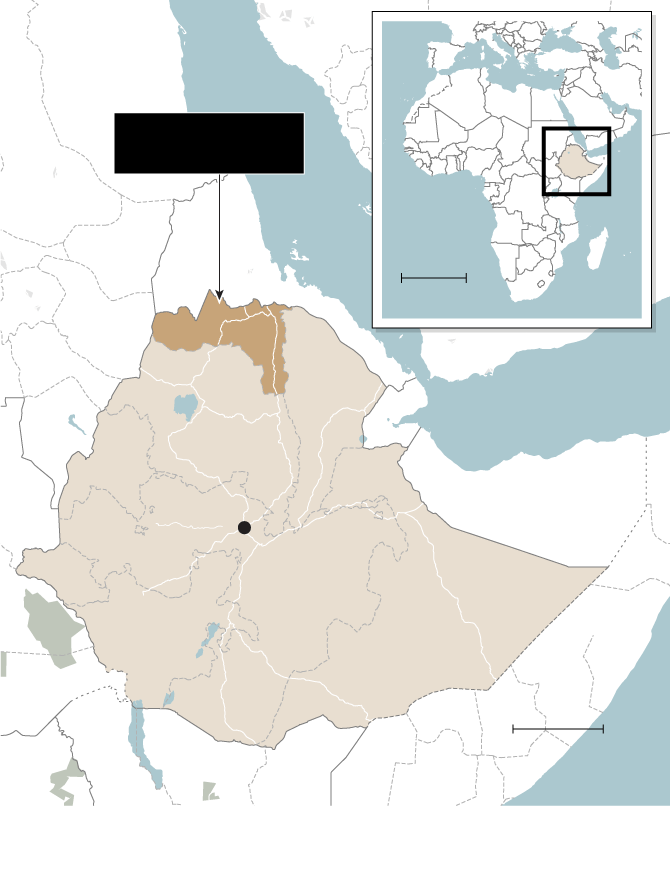 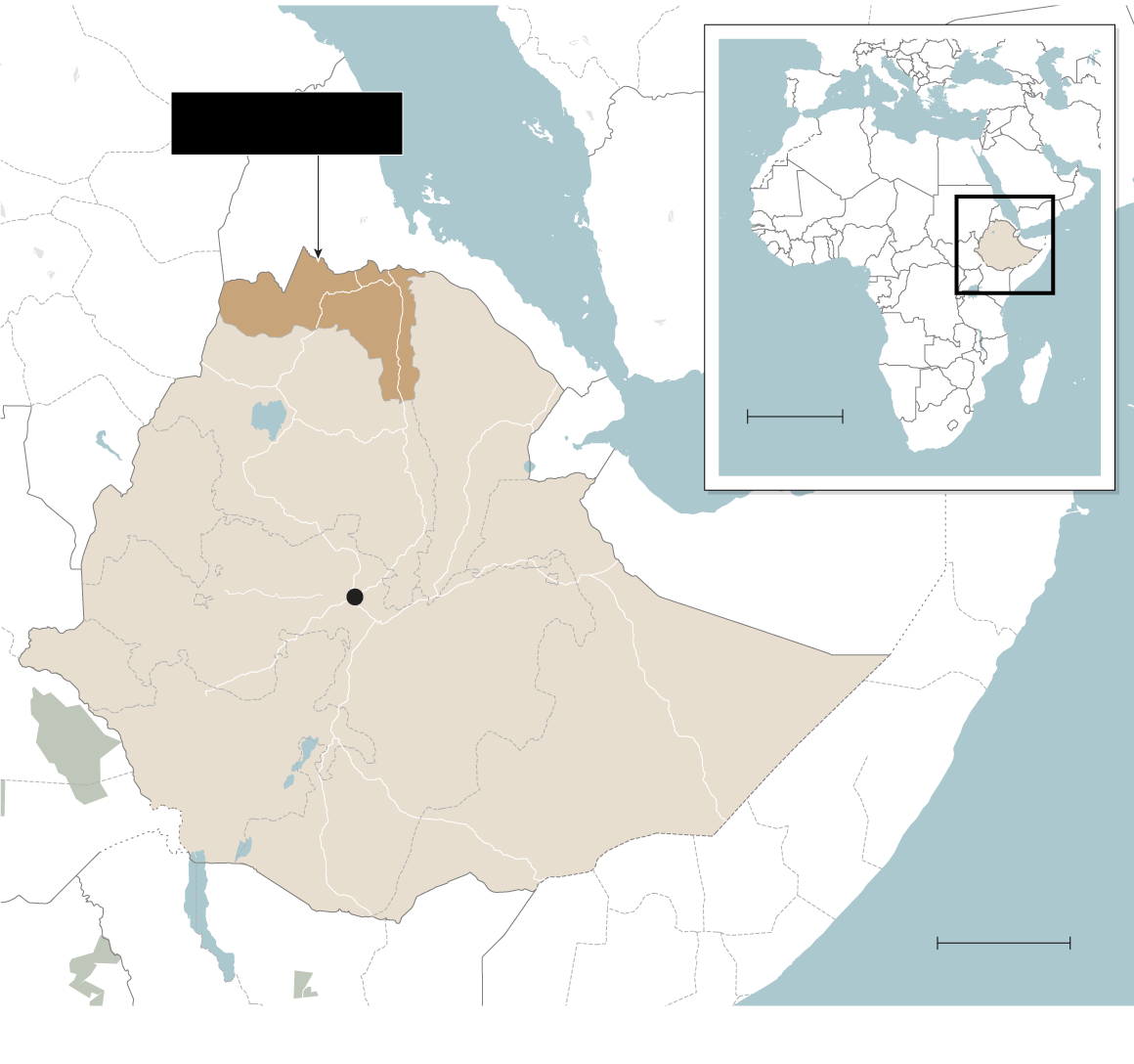 The buildup: Due to the COVID-19 pandemic, Ethiopia delayed the federal general elections to 2021, allowing Prime Minister Abiy Ahmed to stay in office beyond his mandate. The Tigray People’s Liberation Front (TPLF) – the dominant party in Tigray, one ethnic region in Ethiopia’s federation – pushed back and held its own regional election in September. Both sides consider the other illegitimate and the federal government subsequently cut Tigray’s funding in October, which the TPLF called “tantamount to a declaration of war.”

The spark: The fighting broke out on Nov. 4, after Mr. Abiy accused Tigrayan forces of attacking a federal military base in the region and ordered a response by federal troops. On the same day, the federal government cut phone and internet services in Tigray, and they have not been restored since. Bank services and physical access to the region through roads and airports have also been blocked.

Who are the main actors involved?

Despite making up only 6 per cent of Ethiopia’s population, Tigrayans used to dominate the country’s politics through the TPLF. In 1991, the TPLF ousted the Derg military dictatorship and formed a new governing coalition called the Ethiopian People’s Revolutionary Democratic Front (EPRDF) with three other ethnic political parties. Under the TPLF-led coalition, Ethiopia stabilized and grew, but saw heavy political repression.

After Mr. Abiy came to power, the TPLF saw its influence dwindle. The government also arrested a large number of Tigrayans accused of corruption and prisoner mistreatment, which the TPLF called an ethnically motivated crackdown. However, the TPLF remains well-armed with around 250,000 soldiers and militia, and they also have extensive experience fighting against Derg military junta and in the Ethiopian-Eritrean war from 1998 to 2000.

In 2018, Mr. Abiy – who is Oromo and Amhara, two major ethnic groups in Ethiopia – became Prime Minister after mass protests forced the former prime minister to resign. Calling the rule under the TPLF “27 years of darkness,” he initiated sweeping liberal political and economic reforms. More notably, Mr. Abiy attempted to move the country away from ethnic federalism and towards a unitary, pan-Ethiopian system by dissolving the EPRDF in 2019 and merging the old parties under the coalition to create the Prosperity Party, which the TPLF refused to join.

But despite these reforms, Ethiopia has also seen political repression, persistent poverty and growing ethnic violence under Mr. Abiy’s rule.

Meanwhile, for the fight against the TPLF, the federal forces have around 140,000 active personnel and air power advantage. But they have also relied more on ground troops from Amhara, a neighbouring ethnic region to Tigray, which could exacerbate ethnic violence.

Mr. Afwerki has ruled Eritrea, which is often called “the North Korea of Africa,” for 27 years. Until recently, he presided over a country that was historically hostile toward Ethiopia, especially after the 1998-2000 border war. However, he signed a peace deal with Mr. Abiy in 2018, for which Mr. Abiy won the 2019 Nobel Peace Prize. Now, they share a common enemy: the TPLF.

Why does this conflict matter?

Refugee crisis: Since early November, the fighting has killed hundreds of people, displaced around 100,000 Tigrayans and threatened the safety of around 100,000 refugees from neighbouring Eritrea who had been living in camps in Tigray. As a result, over 30,000 people have fled into neighbouring Sudan, with thousands of refugees – many of whom are children – arriving every day. This influx has led humanitarian agencies to sound the alarm on the pressure that aid groups, transit camps and villages at the Sudanese border are facing. Now, the United Nations are planning for the landing of up to 200,000 refugees in Sudan, a struggling country that is already hosting one million refugees, over the next six months.

Imminent famine: The restrictions on physical access, communications and bank services are leaving Tigray with a declining supply of food, fuel and medicine. Humanitarian agencies have also been unable to access the region to provide aid, making the de facto blockade a potential war crime. At the current rate, scholars warn that a famine is imminent. Besides the restrictions’ impact, the fighting will likely disrupt the harvest season and Ethiopia is already experiencing the worst locust invasion in the last 25 years.

Attacks on civilians: Since the start of the conflict, both sides have been accused of causing civilian deaths. Notably, Amnesty International said around 500 civilians were massacred in Tigray on Nov. 9, which could be considered a war crime. According to the rights organization, three witnesses said forces loyal to the TPLF were behind the attack, but the organization itself has not been able to confirm this information and the TPLF has also denied involvement. At the same time, Tigrayans around Ethiopia have been systemically harassed, removed from their jobs and barred from leaving the country. Given these reports of attacks and ethnic profiling, the United Nations is warning about a growing risk of “genocide, war crimes, ethnic cleansing and crimes against humanity.”

Regional instability: The conflict is spilling over Ethiopia’s border and threatening to destabilize the strategic but struggling Horn of Africa. Besides the flow of refugees to Sudan, the TPLF has also fired rockets at neighbouring Eritrea because the country reportedly allows its airport to be used to support Ethiopia’s military operations. At the same time, the domestic conflict could lead Ethiopia to withdraw its troops from the African Union’s peacekeeping mission in neighbouring Somalia, which would embolden al-Shabab extremists. At a larger level, there is fear that the fighting could pull in Middle Eastern powers, many of whom are just across the Red Sea and are trying to assert more influence in the region. And meanwhile, there is still a significant unresolved dispute with Egypt over Ethiopia’s major hydroelectric dam on the Blue Nile.

What could come next?

Despite Mr. Abiy’s promises of a quick victory, the conflict could become protracted, fuelling the humanitarian crisis. As a result, the international community including Canada has expressed concern and called for a peaceful resolution. Canada has also announced $3 million in funding for organizations supporting civilians affected by the conflict, such as the International Committee of the Red Cross, the Ethiopia Humanitarian Fund and the United Nations High Commissioner for Refugees. However, Mr. Abiy has repeatedly rejected calls for de-escalation and peace dialogues. And as the fighting escalates, analysts are raising the possibility of the conflict spreading to other ethnic regions in Ethiopia, especially given unresolved ethnic grievances, and leading to a breakdown similar to that of the former Yugoslavia.