The European Union’s smallest country, Malta, says it has achieved herd immunity, marking a rare victory in the continent’s 15-month battle against COVID-19.

The rest of the world, however, will be watching Malta closely to see whether its declaration is premature as other countries struggle with upticks in cases despite high vaccination rates.

Malta said this week that 70 per cent of its population over the age of 16 had received at least one vaccine dose and that 42 per cent of its people were fully vaccinated. The rapid vaccine rollout has reduced pandemic-related hospitalizations by 95 per cent, the government said, and the mask requirement will be gone in July.

But several countries with high vaccination rates – among them Bahrain, the United Arab Emirates, Seychelles and Chile – are struggling to contain new COVID-19 surges even though the math says they should be on the verge of herd immunity, defined as the level at which enough people have been vaccinated to stop the virus from spreading. Among the most vaccinated countries, only Israel, where 57 per cent are fully vaccinated, is not seeing new outbreaks. 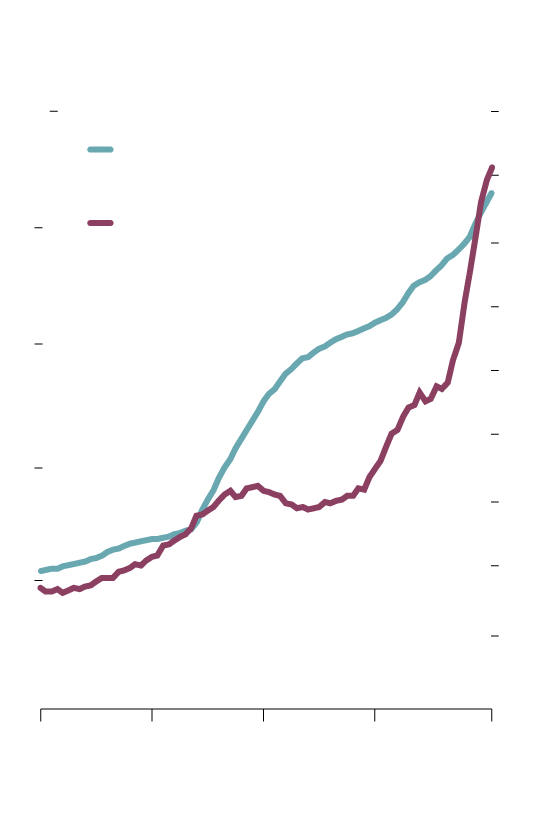 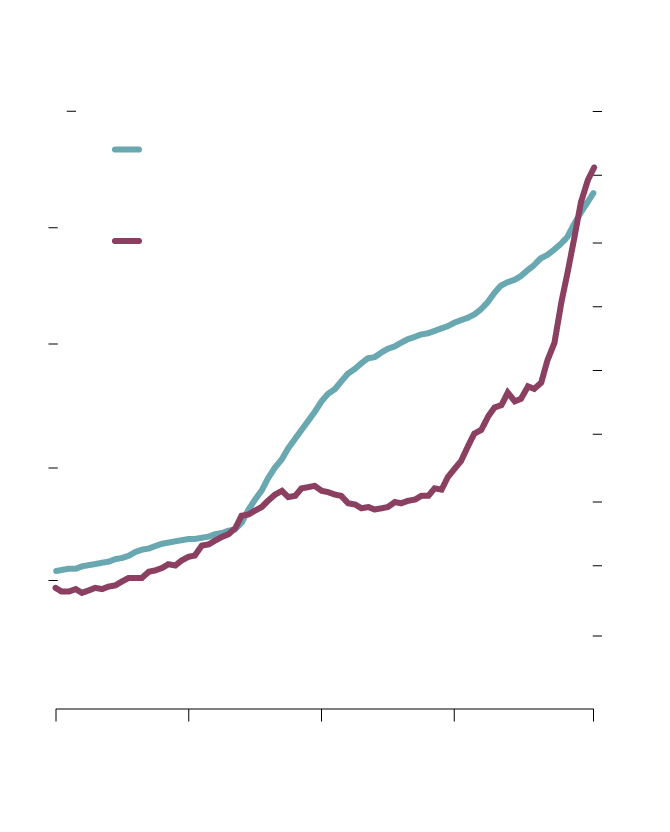 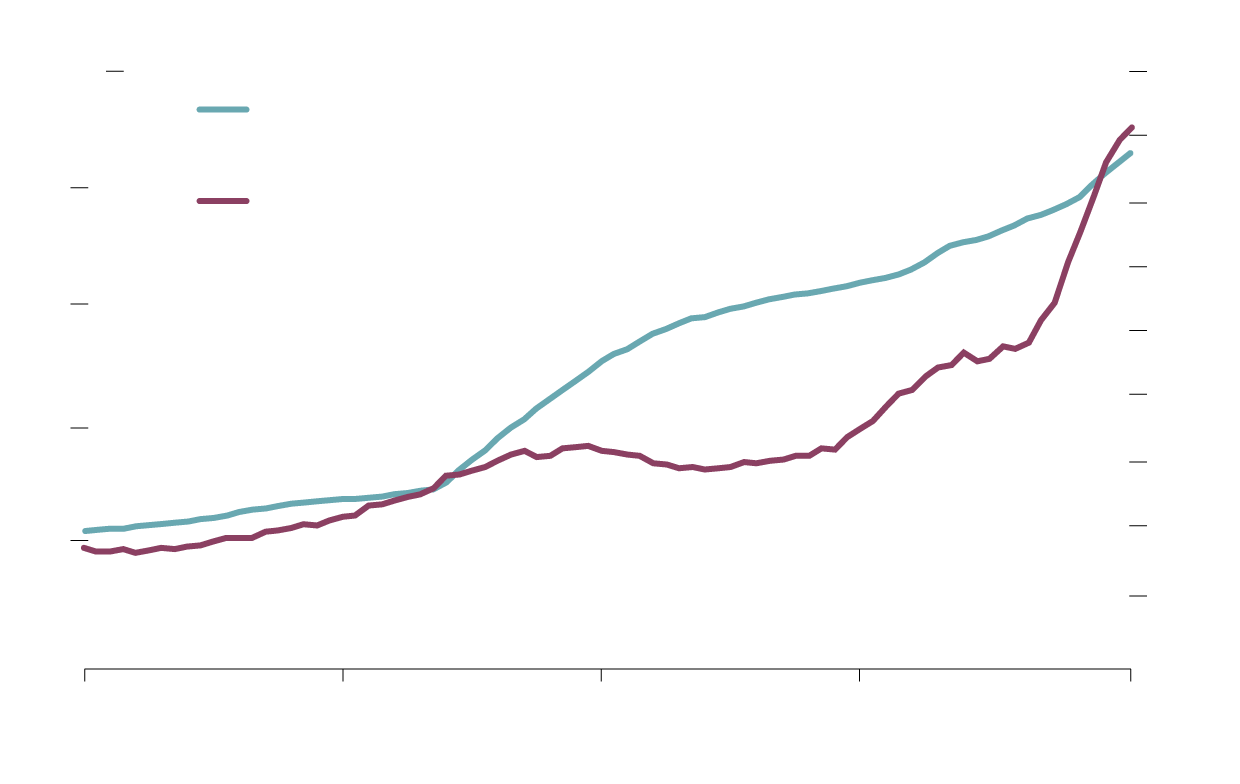 Which COVID-19 ‘variants of concern’ are in Canada? Alpha, Beta, Gamma, Delta and Lambda explained

COVID-19 is caused by a virus called SARS-CoV-2, and as it spread around the world, it mutated into new forms that are more quickly and easily transmitted through small water droplets in the air. Canadian health officials are most worried about variants that can slip past human immune systems because of a different shape in the spiky protein that latches onto our cells. The bigger fear is that future mutations could be vaccine-resistant, which would make it necessary to tweak existing drugs or develop a new “multivalent” vaccine that works against many types, which could take months or years.

Not all variants are considered equal threats: Only those proven to be more contagious or resistant to physical-distancing measures are considered by the World Health Organization to be “variants of concern.” Five of these been found in Canada so far. The WHO refers to them by a sequence of letters and numbers known as Pango nomenclature, but in May of 2021, it also assigned them Greek letters that experts felt would be easier to remember.

If I’m sick, how do I know whether I have a variant?

Health officials need to genetically sequence test samples to see whether it’s the regular virus or a variant, and not everyone’s sample will get screened. It’s safe to assume that, whatever the official variant tallies are in your province, the real numbers are higher. But for your purposes, it doesn’t matter whether you contract a variant or not: Act as though you’re highly contagious, and that you have been since before your symptoms appeared (remember, COVID-19 can be spread asymptomatically). Self-isolate for two weeks. If you have the COVID Alert app, use it to report your test result so others who may have been exposed to you will know to take precautions.

Herd immunity is proving frustratingly elusive, with many epidemiologists, virologists and public-health officials warning that it may come a lot later than expected – or not come at all – making summer opening plans uncertain.

“Herd immunity is a moving target,” said Martin McKee, a professor of European public health at the London School of Hygiene and Tropical Medicine. “Anyone who says that vaccines alone can end the pandemic is wrong.”

Paul Hunter, a professor of medicine at the University of East Anglia, in England, is more blunt. He doesn’t think herd immunity will ever come, given the rapid proliferation of highly contagious new variants, vaccine hesitancy and the fact that no vaccine is 100-per-cent effective.

“We’ll never achieve herd immunity, but that does in no way diminish the value of vaccines,” he said in an interview.

There is no precise immunity level at which a virus shuts down because there are no longer enough hosts to ensure its survival. Herd immunity in general depends on the type of infectious disease – how contagious it is.

The measles virus can rip through a population much faster than COVID-19, and experience shows that 95 per cent of the population needs to be vaccinated to protect everyone.

At the start of the COVID-19 pandemic early last year, the thinking among scientists was that herd immunity could come if 60 per cent of the population achieved immunity through infection or vaccination. That number is gradually creeping up, with 75 per cent to 85 per cent now being touted as the required level.

An early warning that herd immunity may not come appeared last year in Manaus, the Brazilian city of two million in the Amazon. It was hit late last spring with a devastating outbreak that required the digging of mass graves. But by August, excess deaths attributed to COVID-19 dropped to zero, according to an October report in Nature magazine. The reason: some two-thirds of the city’s population had been infected with the virus and herd immunity was reportedly achieved without the help of vaccines.

The story did not have a happy ending. In January, a vicious second wave arrived, overloading the hospitals and baffling health officials. There are various theories to explain the second wave, including the arrival of new variants that managed to evade the antibodies produced in response to the original strain, the possible rapid decline of those antibodies and the premature relaxation of physical distancing and other restrictions.

Whatever the case, Manaus helped blow up the theory that herd immunity could be readily achieved. A report by The BMJ medical journal called it a case of “misplaced confidence that the region had become immune” to COVID-19. The outbreaks in highly vaccinated countries seem to support this view.

In Seychelles, 73 per cent of the population has received one vaccine dose and 64 per cent has received both, making the Indian Ocean archipelago the most vaccinated country. Yet new cases have doubled in the past month, with more than a few fully vaccinated people getting hit with the disease. The number of reported cases per 100,000 people is more than 10 times the count in India (though the latter’s number is thought to be hugely underreported).

Part of the problem may be the widespread use of the Chinese-made Sinopharm vaccine, whose protection may not be as great as that of rival vaccines. Earlier this month, the World Health Organization expressed “very low confidence” in Sinopharm data that showed 78-per-cent efficacy (Seychelles is also using Covishield, the AstraZeneca shot produced in India).

Herd immunity is also proving elusive in Britain, another highly vaccinated country. On Wednesday, France said it would impose new travel restrictions on visitors from Britain, where it is feared the highly contagious variant first associated with India could trigger another wave. In the week ending May 19, cases of the Indian variant rose 160 per cent in Britain, and eight areas have been identified as hot spots.

The cases in Seychelles and Britain, among others, suggest that a key factor behind delayed herd immunity is the varying efficacy of vaccines against the new variants.

“We know that, with some of the new variants, the vaccines are less effective,” said Prof. McKee. “The AstraZeneca vaccine does not work well against the African variant” (the trial published in the New England Journal of Medicine showed that the AstraZeneca vaccine had only 10.4-per-cent efficacy against mild to moderate infections triggered by the variant first associated with South Africa, known as B.1.351).

The slow rollout of vaccination programs in many countries is also pushing the potential herd immunity date further into the future.

Paolo Groff, the director of the emergency department of Santa Maria della Misericordia Hospital in Perugia, in central Italy, said stuttering rollouts have allowed the virus to travel where it faces the least resistance.

“To properly achieve immunity, we would have to vaccinate extensively under strict lockdown, and only after a certain time allow reopening,” he said.

“Instead, the vaccinations came in bits and pieces as the reopening took place. This allowed the virus to continue spreading as the variants developed.”

Two other problems are impeding the herd immunity effort. The first is vaccine hesitancy. The second is the exceedingly low vaccination rate among teenagers.

Vaccine hesitancy is an issue in every country, rich and poor. Some people are convinced vaccines are outright dangerous. Others are worried about even minor side effects. The concerns about a rare form of blood clotting associated with the AstraZeneca vaccine damaged confidence not only in that vaccine but vaccines in general. Still others, including many U.S. Republicans, reject them on political grounds – they see vaccination programs as big-government initiatives – and as such are opposed to vaccine “passports” or “green passes,” which bestow certain travel rights on individuals who have been vaccinated while penalizing those who have not.

Whatever the case, vaccine hesitancy is stubbornly high. A recent survey found that a third of Australians are unlikely to get vaccinated. Polls suggest hesitancy rates of 45 per cent in France and 35 per cent in the United States, with some U.S. states even offering bribes such as free beer or lottery tickets to lure the hesitant into vaccination clinics.

The good news is that vaccines are being tested among adolescents and early results are positive. This week, Moderna revealed that its vaccine was safe and 100-per-cent effective in Phase 3 trials involving 3,700 participants between the ages of 12 and 17. Vaccinating children is seen as an essential tool to end the pandemic, and the U.S. and other countries are keen to do so before the start of the next school season.

But herd immunity seems a long way off, if it comes at all. Prof. Hunter says it’s premature to celebrate victory over the pandemic – even in highly vaccinated countries. “What happens next depends on the new variants,” he said. “We could well see restrictions continuing as we move through next winter.” 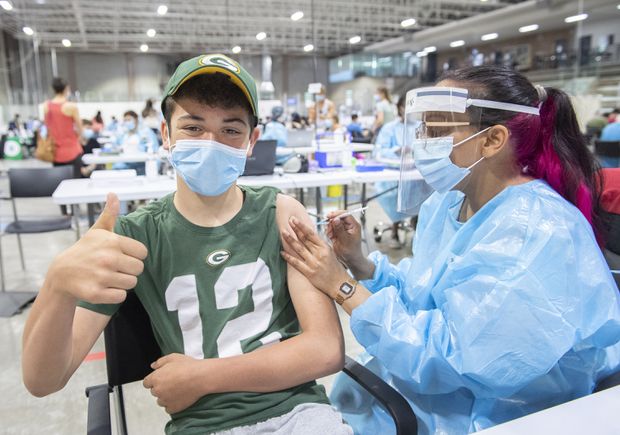 How big is Canada’s supply? How does the vaccination rate compare to other countries? Consult our guide for the latest data.