Chinese telecommunications giant Huawei would not heed a direct order to use equipment it manufactures for espionage in foreign countries, even if the demand came from the General Secretary of the Communist Party, a top Huawei executive said Tuesday.

“Xi Jinping hasn’t come to us. And I have no idea if that will happen,” said Eric Xu, one of the rotating chairmen at Huawei Technologies Co. Ltd.

But if such a request were to arrive, “we would definitely not do it,” Mr. Xu said, citing Huawei founder Ren Zhengfei, who said he would sooner shutter the company – a Chinese corporate champion with 180,000 employees – than engage in overseas spying.

“If you ask me what reasons we could use to refuse such a request, personally speaking, it’s very simple: Doing so would be a violation of laws in the countries where we provide our services,” Mr. Xu said in an interview with Canadian journalists at the company’s headquarters in Shenzhen.

Publicly pledging to oppose a directive from Mr. Xi, even a hypothetical one, is a delicate proposition for a Chinese executive, and experts said it would be difficult for any company headquartered in China to deny an order from the Party, which has removed leadership limits under Mr. Xi and declared that it “exercises overall leadership over all areas of endeavour in every part of the country.”

But these are extraordinary times for Huawei, as it battles Western skeptics to secure markets for its fifth-generation cellular technology, all the while seeking the freedom of its chief financial officer, Meng Wanzhou, who was arrested in December, 2018, in Vancouver, where she is now under house arrest awaiting an extradition proceeding. Authorities in the United States accuse her of committing fraud related to violations of sanctions against Iran.

In response, the company has staged what is now a months-long attempt to reshape its global public image. It has placed its top leaders on the offensive, arming them with declarative statements and geographically relevant facts as it canvasses the world’s press. Mr. Xu on Tuesday described bringing Huawei technology to places such as the Nunavut hamlet of Grise Fiord and said he has personally visited the birthplace of Norman Bethune, the Canadian communist physician eulogized by Mao Zedong.

Mr. Bethune’s legacy has been a long-standing wellspring of Chinese “friendship toward Canadians for so many years,” he said, so it is “regretful that after what happened around Wanzhou, both these two countries and the people of these two countries have seen some rising misunderstandings between them. As I see it, Huawei, the Chinese people and the Canadian people are all victims in this.”

Mr. Xu made no mention of Michael Kovrig or Michael Spavor, the two Canadians detained on espionage allegations who have been denied access to lawyers. Chinese authorities detained both men after the arrest of Ms. Meng, in what many observers have called an act of reprisal.

Instead, Mr. Xu positioned Huawei as a trusted company and research partner, which pours about US$30-million a year into university funding and partnerships in Canada. That’s roughly a 10th of its global total. Seventy per cent of the Canadian spending supports basic research, figures the company has not previously released. Critics have accused Huawei of using those partnerships to funnel taxpayer-funded research and patents out of Canada. Huawei has said it is changing its practices to allow intellectual property to stay in the country, although it has not described how.

The company is also pushing back against the United States, which has warned countries that install Huawei 5G technology that they risk jeopardizing intelligence-sharing arrangements with Washington. Ottawa has yet to say whether Huawei’s 5G technology will be allowed into Canada; the company is a key supplier of 4G network equipment for Bell and Telus.

Asked why Huawei should be trusted, Mr. Xu drew an analogy to Boeing as it struggles to rebuild public confidence in its 737 Max aircraft, which has been grounded around the world after two fatal crashes raised questions about the role of a Boeing-designed software system.

“Is Boeing trustworthy? At the moment, nobody is certain about this question – but in the past, we trusted it very much,” he said. “It’s possible that right now, people no longer have as much trust in Boeing. But in two years, you must trust it again. I think it’s the same for Huawei.“

In many key respects, “there is no difference between Huawei and other Western global companies,” he said, citing the company’s internal management systems and global practices.

It’s an argument designed to rebut a fundamental allegation by critics: that Huawei is an outlier among global telecommunications firms, rooted in a country that Western leaders increasingly see as a technological and economic competitor. Earlier this year, FBI Director Christopher Wray warned that Huawei equipment could provide an opening for Beijing to “maliciously modify or steal information, conduct undetected espionage, or exert pressure or control.” Former Canadian Security Intelligence Service director Richard Fadden has called for Ottawa to ban Huawei, citing Chinese laws that give “Beijing the power to compel Huawei’s support for its intelligence work.”

The company’s arguments to the contrary – it says no Chinese law allows government to compel the installation of backdoors or spyware – have done little to persuade those who study China’s political system.

“Huawei’s insistence that it would knock back the Party if asked to help it in any way, be it in the form of espionage or industry policy, is not credible,” said Richard McGregor, author of The Party: The Secret World Of China’s Communist Rulers.

He pointed to “Huawei’s regular oaths of loyalty” to the Communist Party, which he said “are not empty ritualistic incantations tossed off as a political performance. They are real world manifestations of the incontrovertible fact in China, that the Party is in control. That’s what the Party says. Why shouldn’t we take them at their word?”

“The Party is like the emperor,” said Willy Lam, an adjunct professor with the Center for China Studies at the Chinese University of Hong Kong. “The punishment for not obeying Party orders could be the destruction of the company.”

At the same time, Huawei’s argument could be understood as a pledge to fight any Party demand to engage in espionage, by pointing out “why such a request is stupid and foolhardy – the potential costs far outweigh the benefits that the hypothetical espionage will bring,” said Ming Du, director of the Centre for Chinese Law and Social-Legal Studies at the University of Surrey.

“I also question whether the Party or government would make such a request,” he added.

“There seem to be much more efficient and effective ways to do espionage if they want to, and it seems dumb to ask Huawei, a leading national brand name, to do this kind of stuff as it will ruin the company worth billions of dollars.”

Mr. Xu, meanwhile, said he is done fighting critics – at least, those in the United States, where he accused detractors of mounting political arguments unmoored in facts and officials of not understanding what “cybersecurity” really means.

“With what the U.S. has been doing, it seems to us it’s not possible to find a solution,” he said.

In Canada, however, he expressed more optimism for Huawei’s prospects. Installing competitors’ 5G technology atop Huawei 4G networks will “be very difficult” without “prior testing and verification,” he said.

”We should trust in the wisdom of the Canadian government and Canadian decision-makers,” he said, adding: “I believe Canada will make the right decision based on facts.“ 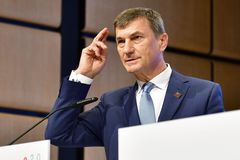 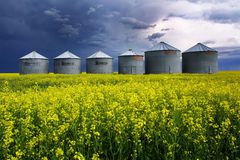 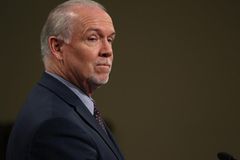